Olympics-Golf-Schauffele shines with gold for Team USA in Tokyo 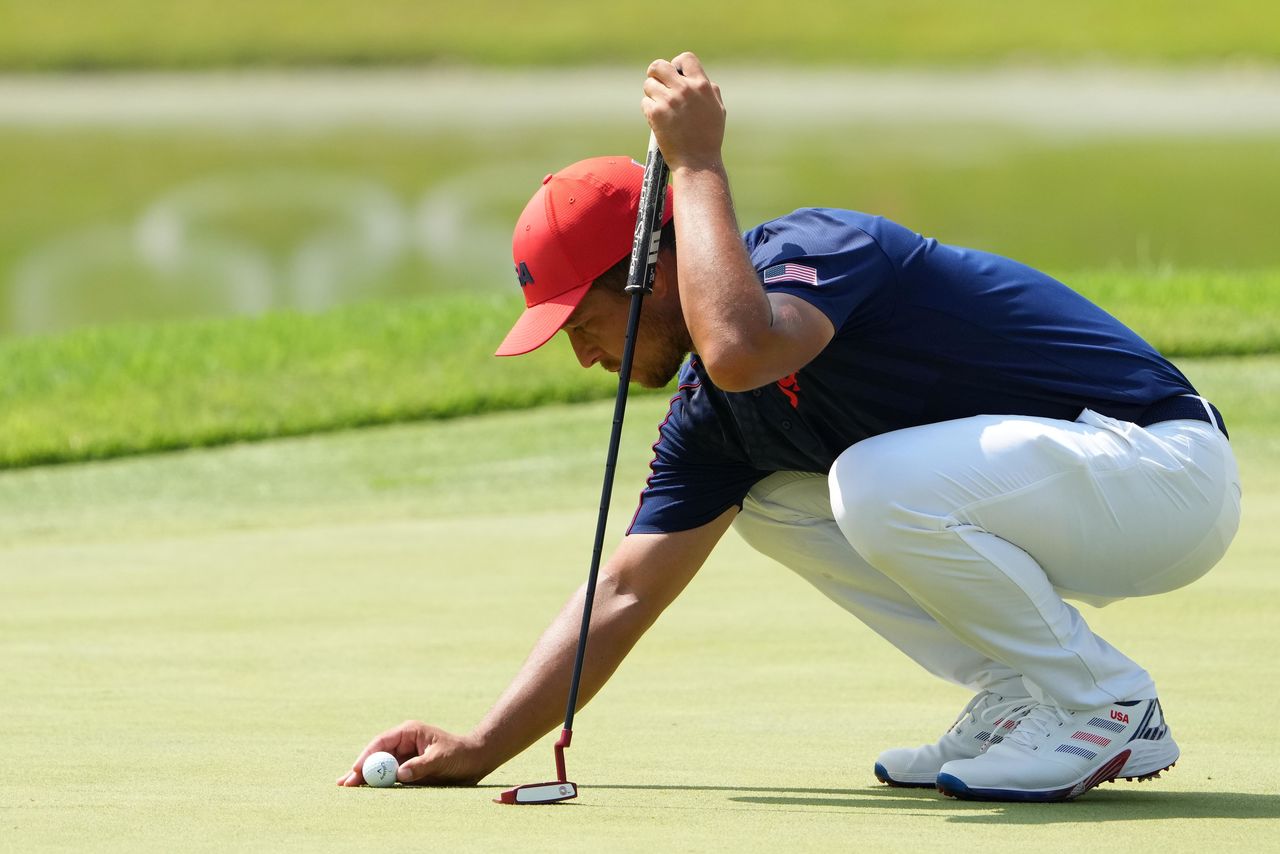 KAWAGOE, Japan (Reuters) -Xander Schauffele steadied after a late wobble to clinch gold for the United States at the Olympic golf on Sunday with a one-stroke victory, while Rory Sabbatini claimed an unlikely silver for adopted nation Slovakia.

Taiwan's CT Pan claimed the bronze in a playoff, eliminating American Collin Morikawa on the fourth extra hole on a scorching day at Kasumigaseki Country Club.

"I kind of wanted this one more than any other.

"Everyone is back home watching. I was feeling the love from San Diego and Las Vegas this whole time."

Overnight leader Schauffele, who started the final round a stroke ahead of home favourite Hideki Matsuyama, needed to scramble hard through a nervous back nine as his driving went to ruin.

South Africa-born Sabbatini, who took Slovakia citizenship at the end of 2018 after marrying wife Martina, had stormed home with birdies on 17 and 18 in an Olympic record 61 to finish 17-under and put pressure on Schauffele.

The 27-year-old American stumbled with a bogey on the 14th to fall back to a share of the gold medal position with Sabbatini, who was waiting nervously in the clubhouse.

It took an eight-foot birdie putt on the 17th for Schauffele to break clear by a stroke but more nerves were to come as he slashed his drive into the deep rough on 18.

Hitting his recovery into the fairway, Schauffele composed himself and landed a sparkling iron shot four feet from the pin, allowing him to knock in the title-winning par.

Schauffele brought his swing coach father Stefan to the Games, nearly 40 years after the former decathlete's dreams of representing Germany at the Olympics were crushed when a car crash left him blind in one eye.

"For me, I really wanted to win for my dad. I am sure he is crying somewhere right now," said Schauffele.

Earlier, Schauffele had a flying start with four birdies in his first eight holes, but came under pressure as Sabbatini scored 10 birdies and an eagle on the par-four sixth as his caddie-wife shrieked in celebration.

The strain finally told on Schauffele as he sliced his tee-shot into the trees on the right of the par-five 14th, forcing a penalty drop.

He recovered well to limit the damage to a bogey and hung tight for the title as his playing partner Matsuyama fell away.

Masters champion Matsuyama (69) and Ireland's Rory McIlroy (67) each finished 15-under to battle their way into an unwieldy seven-man playoff for bronze along with Chilean Mito Pereira, Colombia's Sebastian Munoz and Briton Paul Casey.

Matsuyama, who was ill with COVID-19 in the leadup, was knocked out with Casey at the first playoff hole, while McIlroy fell after the third with the South Americans.

Morikawa's bronze hopes were crushed on the 18th when his ball plugged deep into a greenside bunker.

Pan, on safer ground, drained a putt for par for the medal and was doused in water on the green by thrilled Taiwan team mates.