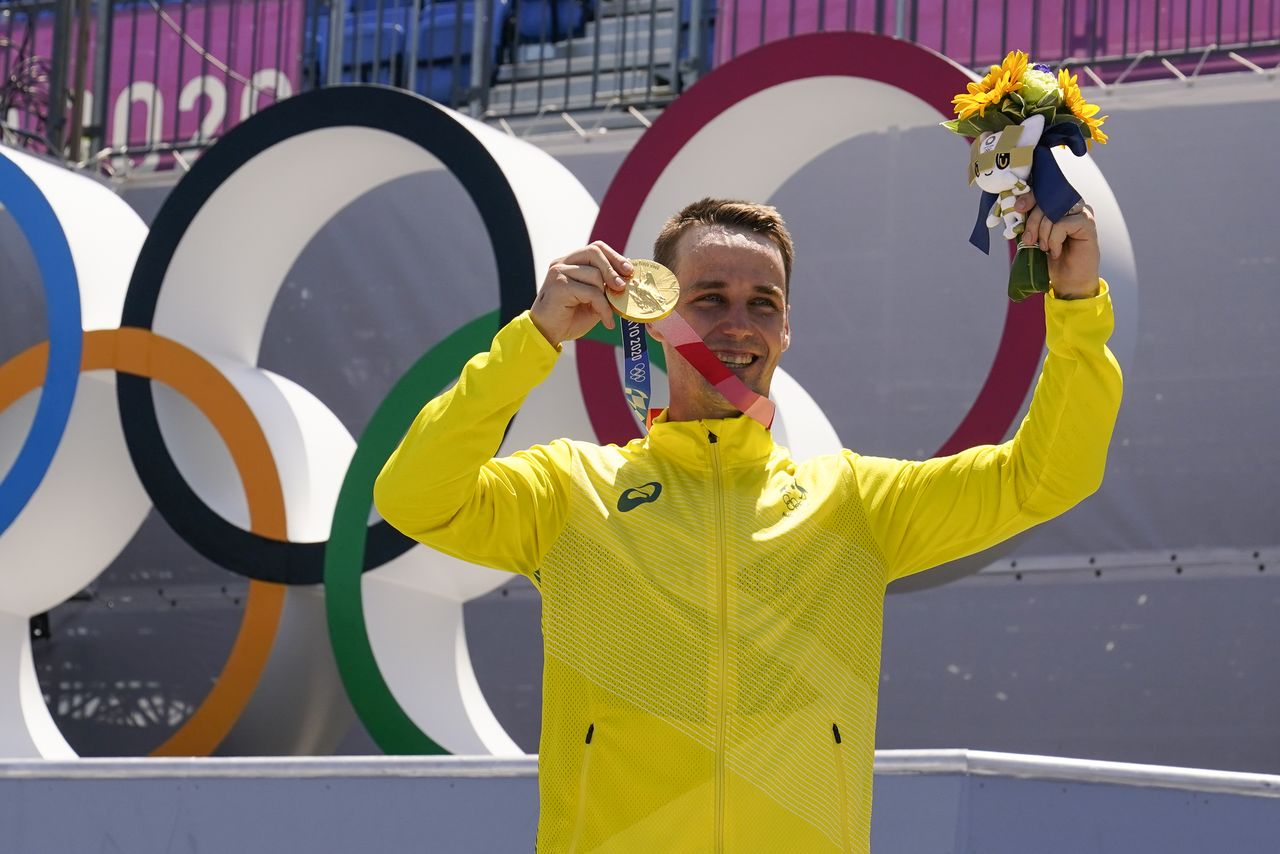 TOKYO (Reuters) - Australia's Logan Martin won the inaugural men's Olympic BMX freestyle event on Sunday, a feat he said was thanks to his ingenious training regimen during the pandemic that involved building a BMX park in his backyard.

Martin, 27, finished his first run of the finals with 93.30 points, landing technically complicated tricks like the switch triple tail in what he later called his "safety run".

Martin, who lives in Australia's Gold Coast with his family, said he was able to train through the pandemic because his friend, a professional BMX rider and carpenter, helped him build a world-class skate park https://www.instagram.com/loganmartinbmx right behind his home.

"It truly paid off, (we) purely built it to get to the Olympics," the excited Martin told reporters, adding that he was able to ride throughout the pandemic lockdown.

Sitting comfortably in top place, Martin used his second run to showcase some more tricks like the front bike flip even after it was clear no other rider would top his first high score.

The Australian won over Venezuela's veteran Daniel Dhers and Britain's Declan Brooks in a victory he called "overwhelming".

Martin said he was speechless when he tried to speak to his family right after winning gold.

"I didn't have too many words to say," he said.

"I've never gotten teary after winning events ... but this one shows how much it means to me," he said.

"I'm stoked and super grateful to be an Olympian."