TOKYO (Reuters) -Sporting green and purple hair and a grinning Joker mask, Raven Saunders became a social media sensation after Friday's Olympic shot put qualifying round, and on Sunday she displayed the raw power of Hulk to pick up her maiden Games medal.

Nicknamed "Hulk" in high school after the Marvel superhero, Saunders hauled the heavy ball 19.79 metres on her best effort on a scorching day at the Olympic Stadium to win silver behind China's Gong Lijiao.

The 25-year-old broke off into an instant twerk once her medal was confirmed before running off to her team mates in the stand to take her country's flag and drape herself with it.

During Friday's qualification round she switched things up by competing wearing a mask displaying the supervillain character in DC Comics' Batman.

But she returned to her Hulk mode for the medal-deciding round with her mask bearing the grimacing face of the green-skinned, muscular character.

"I told everybody, 'wear green for today'," she said. "We got some Jordan 13s (trainers) - the white and the greens, you know how to pull them out.

"So I told everybody to best dress, tag me in all the pictures and everything, and best dress, I'm going to give out an autograph."

Behind the masks and her alter-ego, Saunders is a serious athlete.

She did not want her Olympic medal to come easily.

"I know that in life it is going to be a dogfight - a lot of things aren't going to come to you easy, so I was kind of expecting it and preparing for it," she said on her competition against Gong and New Zealand's Valerie Adams for the medal.

Saunders has talked about having major issues with mental health a few years back and suffering bouts of depression.

"For everything I've been through mental health-wise, injuries, you know, everything like that ... being able to really invest everything I've had mentally and physically and to be able to walk away with a medal, and be able to go out here and really inspire so many people ... I really just hope that I can continue to inspire and motivate."

She left a lasting image on the podium as she raised her arms into an X above her head, a gesture she indicated in a retweet on Twitter was in support of oppressed people. It was among the most visible individual protests seen at the Games thus far.

"Let them try and take this medal," she wrote on Twitter, in an apparent reference to IOC rules restricting protests. "I’m running across the border even though I can’t swim." 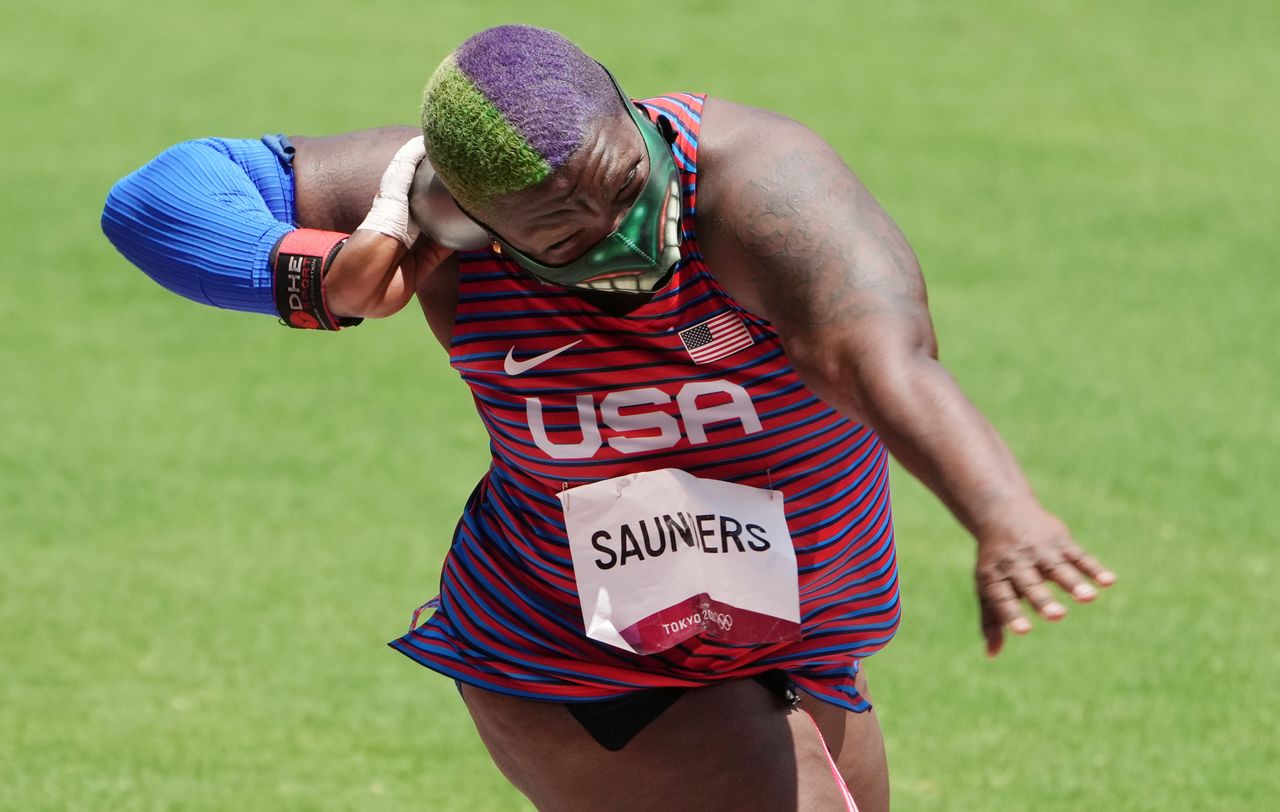 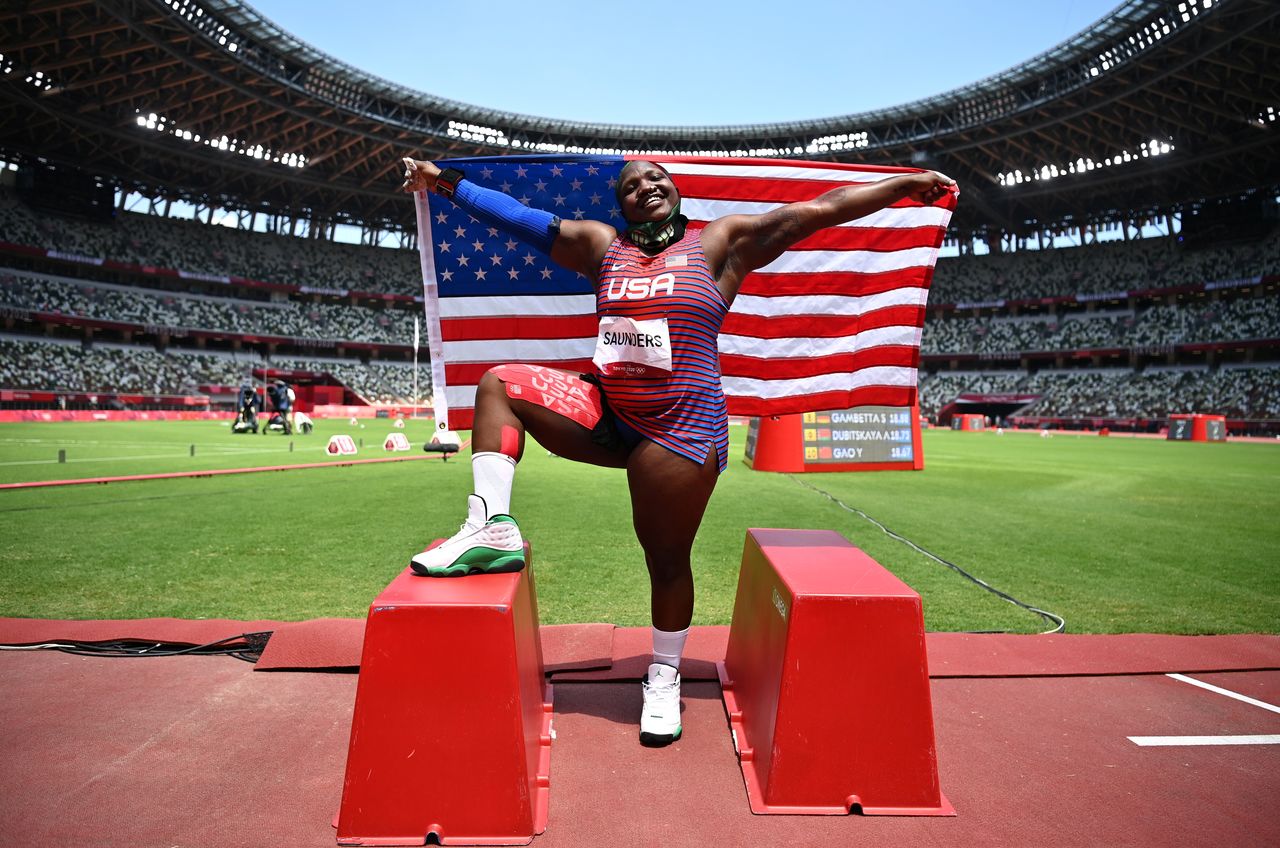 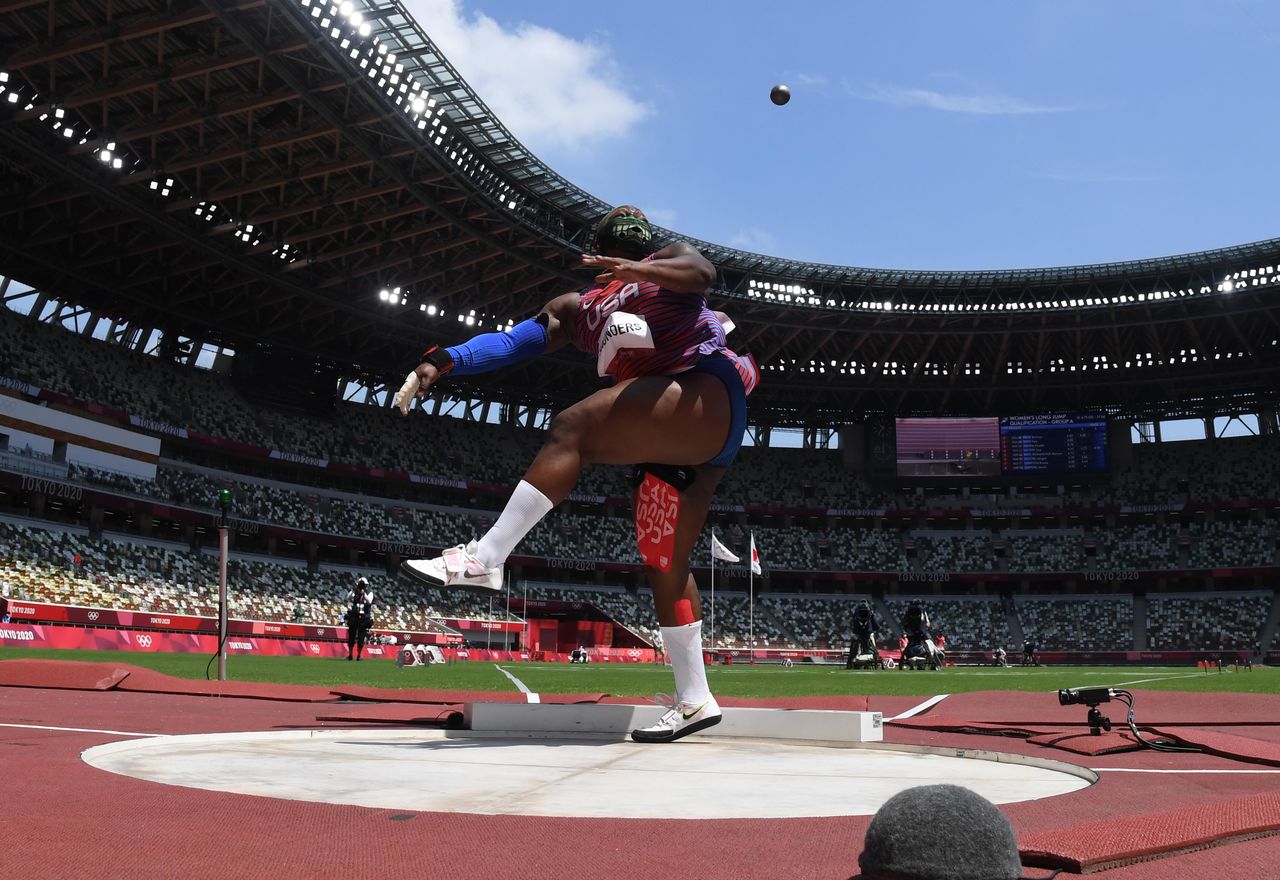