TOKYO (Reuters) -China's Shi Tingmao claimed her second gold medal at the Tokyo Olympics with victory in the women's 3 metre springboard diving on Sunday, becoming the second woman to retain both individual and synchronised 3m titles at the Games.

Shi's victory enabled her to match compatriot Guo Jingjing's back-to-back double 3 metre springboard golds at the Athens and Beijing Olympics. It was China's ninth consecutive gold in the individual event.

The 29-year-old Shi dominated the diving pool after taking control of the competition from the start and never gave up her position at the top of the leaderboard.

She finished with 383.50 points at the spectator-free Tokyo Aquatics Centre, more than 34 points ahead of her synchronised diving partner Wang Han in second.

Shi, who now holds four Olympic golds, broke down in tears when she saw her name at the top of the standings on the scoreboard.

"I had some nerves. I cried a lot (after winning gold) as I have waited too long for this moment. There were a lot of expectations, but I'm very satisfied," she told reporters.

Krysta Palmer took bronze with 343.75 to become the first American to claim an Olympic medal in the event since the 1988 Seoul Games, when Kelly McCormick also finished third.

"Grateful that I made it into finals in the first place, and really that was my mindset going into it, just be grateful that you're in an Olympic final." Palmer said.

"Having that gratitude in the back of my mind really kept me positive and happy and having uplifted spirits. Now I just couldn't live out that happiness."

"Unfortunately I just really over reacted to how I felt in the air, and then I made that big mistake so it pulled me out of any chance to get a medal." the two-time Olympic synchro medallist said. 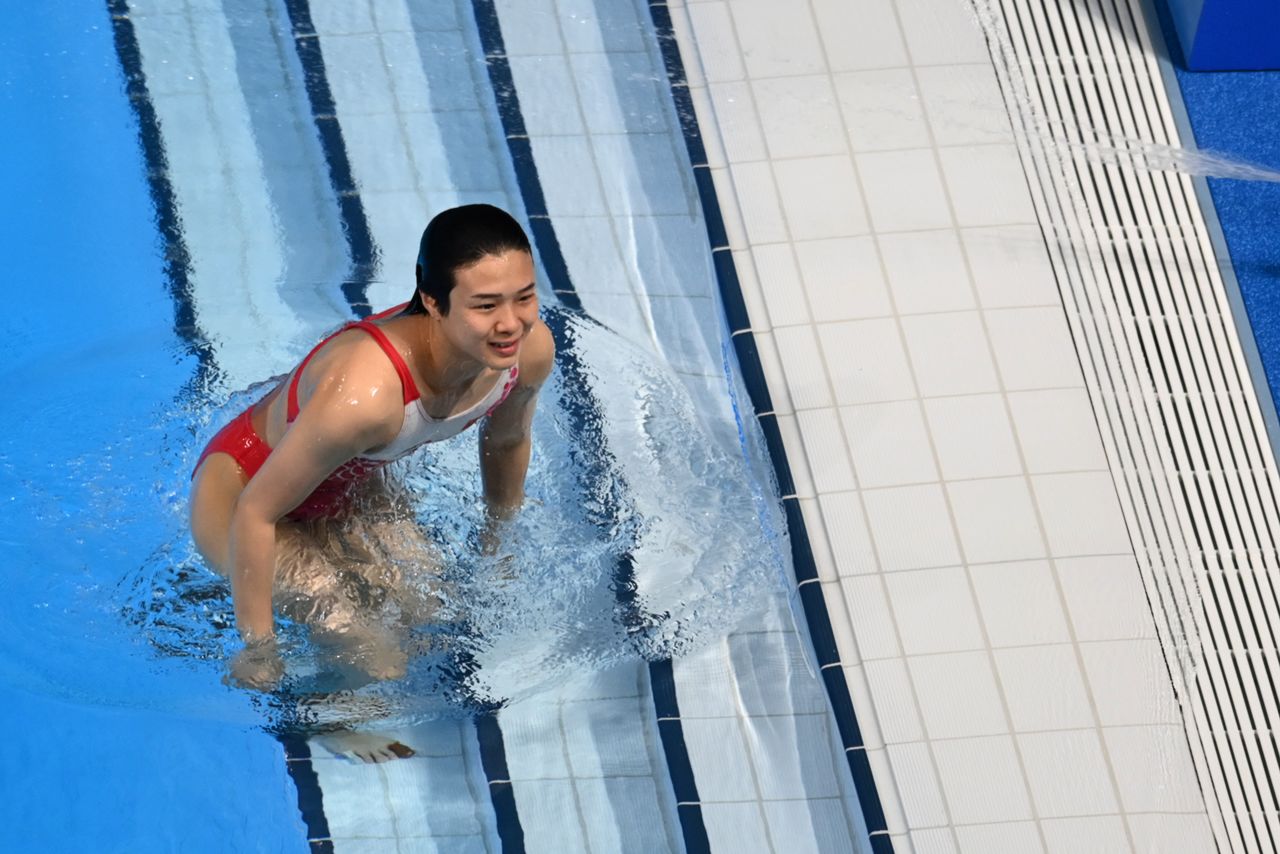 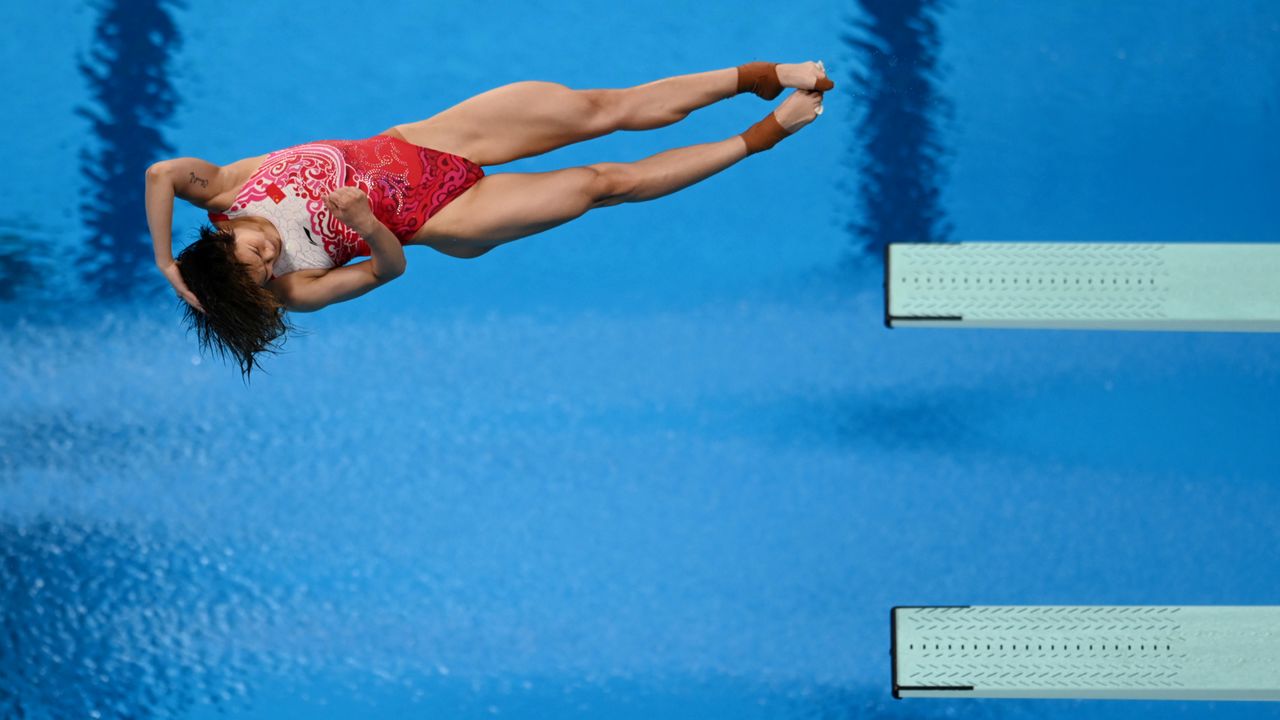 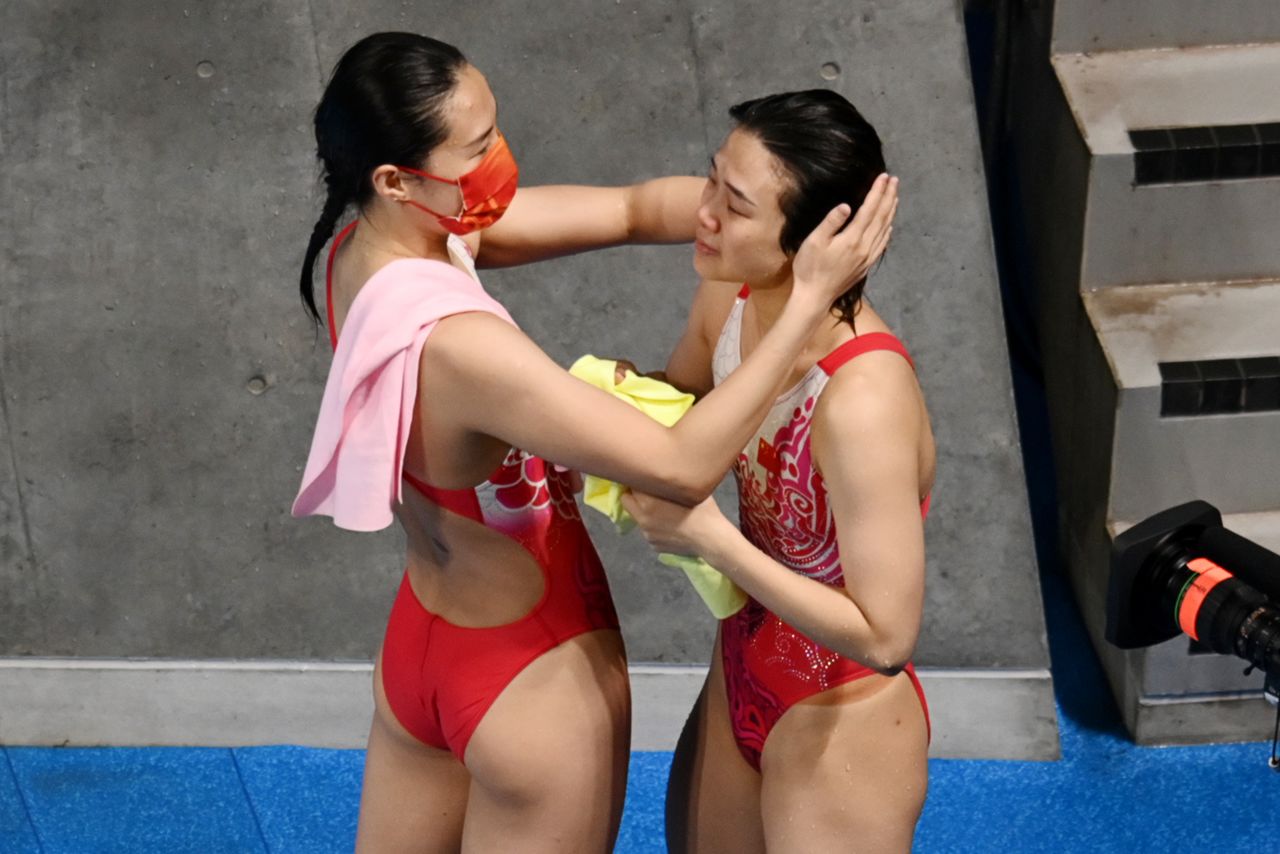