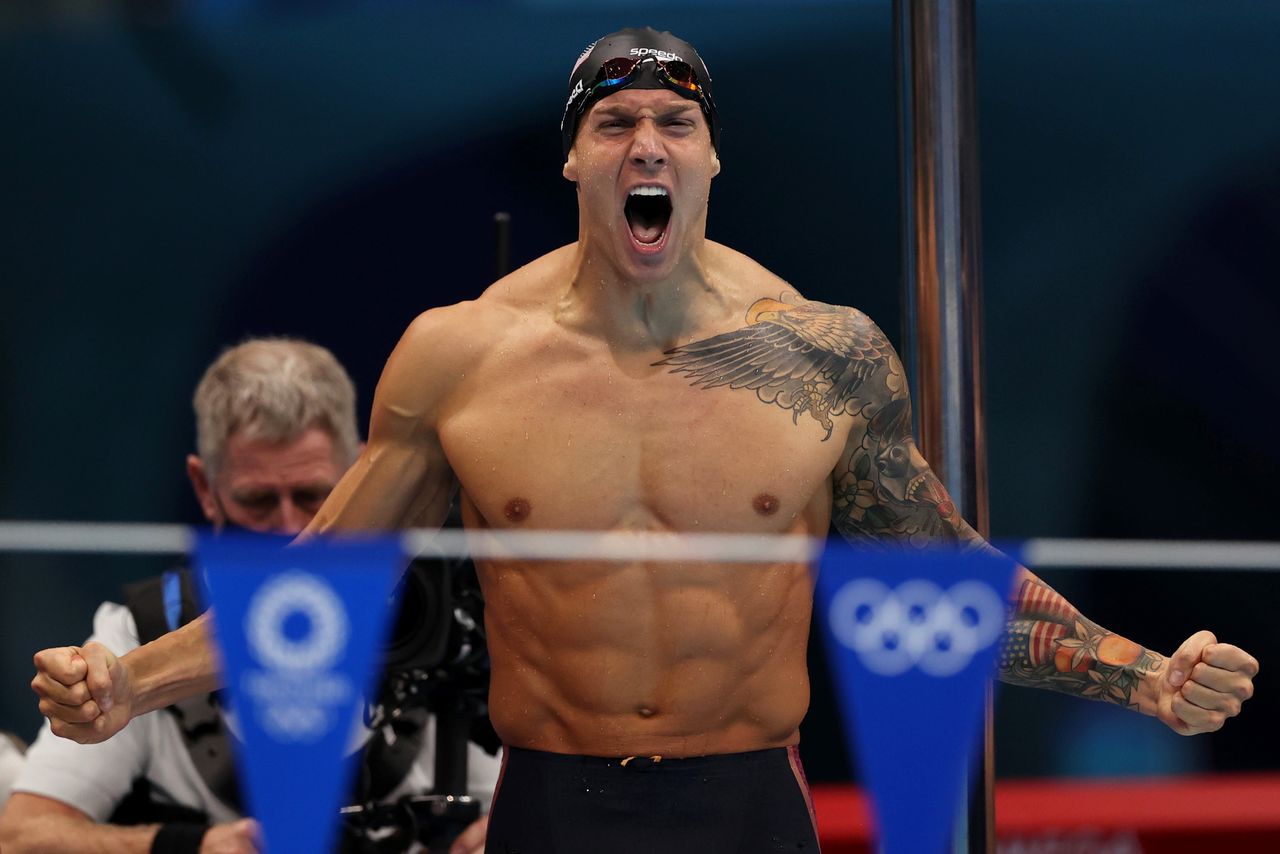 TOKYO (Reuters) - Caeleb Dressel brought the curtain down on his Tokyo Games by winning a fifth gold medal on Sunday and said that the high expectations, pressure to perform and a rollercoaster ride of emotions had made the Olympics a "terrifying" experience.

The American won the men's 50m freestyle on Sunday by nearly half a second, a huge margin in modern sprint swimming, and played a pivotal role in the men's 4x100m medley relay win.

Dressel won all three of his individual events - the men's 100m butterfly and the 50m and 100m freestyle - plus two relay golds despite a brutal competition schedule that included two days of juggling medal ceremonies with back-to-back races.

The 24-year-old, who has now earned a career seven Olympic golds, said the pressure to win on sport's biggest stage is far greater than that at a world championships.

"It's a different type of pressure, I'm completely aware of that now and I'll stop lying to myself," said Dressel, who has 13 world titles.

"You have to be so perfect in that moment, especially we had an extra year, so a five-year buildup, a 24-year buildup.

"There's so much pressure. In one moment, your whole life boils down to a moment that could take 20 or 40 seconds. How crazy is that? For an event that happens every four years.

"I wouldn't ever tell myself this during the meet but after looking back, it's terrifying."

Dressel is being compared to American greats Michael Phelps and Mark Spitz, winners of eight and seven gold medals at a single Games, but he said he wants to make his own mark.

"The United States has been dominant for so many years, for me to have my memorable stamp on the sport of course it's special," said Dressel, whose Olympic preparations included lengthy drives in Florida to the few pools that were open, and weight training sessions in a coach's garage.

"I feel like I've already exceeded my expectations here, I'm really happy with what I did and had a really fun time being here and know I can be better."