By Rozanna Latiff and Karolos Grohmann

TOKYO (Reuters) -Alexander Zverev became the first German man to win Olympic singles gold medal on Sunday, powering to a 6-3 6-1 victory over the Russian Olympic Committee's (ROC) Karen Khachanov that he called the greatest of his career.

The world number five, who upset number one Novak Djokovic in a stunning comeback on Friday, put on a near flawless performance against big-hitting Khachanov, who had no answers to the German's serve and laser-like returns.

"There is nothing better than this," said Zverev, who matched compatriot Steffi Graf's 1988 success in the women's singles, while Boris Becker and Michael Stich won men's doubles gold for Germany in 1992.

"The Olympics is the biggest sporting event in the world," added Zverev, who came agonisingly close to breaking his Grand Slam duck in 2020 when he lost the U.S. Open final from two sets up against Austria’s Dominic Thiem.

Zverev broke 25-year-old Khachanov's serve twice to take the first set, before steam-rollering through the second, winning five games in a row.

Khachanov managed just one game in the final set before sending a forehand into the net on championship point, securing the gold for the German.

In the women's doubles, the Czech Republic's Barbora Krejcikova and Katerina Siniakova beat Belinda Bencic and Viktorija Golubic of Switzerland 7-5 6-1 to clinch their country's first Olympic gold in the sport.

The victory for the top-seeded Czech team and three-time Grand Slam champions put an end to Bencic's dream of making it a Swiss double golden success, after she triumphed in the women's singles final a day earlier over Krejcikova and Siniakova's compatriot Marketa Vondrousova.

But it helped continue a dream summer for Krejcikova, who took home both the women's singles and doubles trophies at this year's French Open. She and Siniakova also won the 2018 French Open and Wimbledon.

"It's very special... We just need to thank them because without them, we wouldn't have the motivation or inspiration, it's really big," Krejcikova said. "Now we have this beautiful gold medal, it's pretty much a dream come true."

Brazilians Laura Pigossi and Luisa Stefani won the bronze on Saturday, claiming their country's first tennis medal with a win over Veronika Kudermetova and Elena Vesnina of the ROC.

In the mixed doubles' final, the ROC added two more medals to Khachanov's silver, with Anastasia Pavlyuchenkova and Andrey Rublev edging compatriots Vesnina and Aslan Karatsev 6-3 6-7(5) (13-11) to clinch the gold. 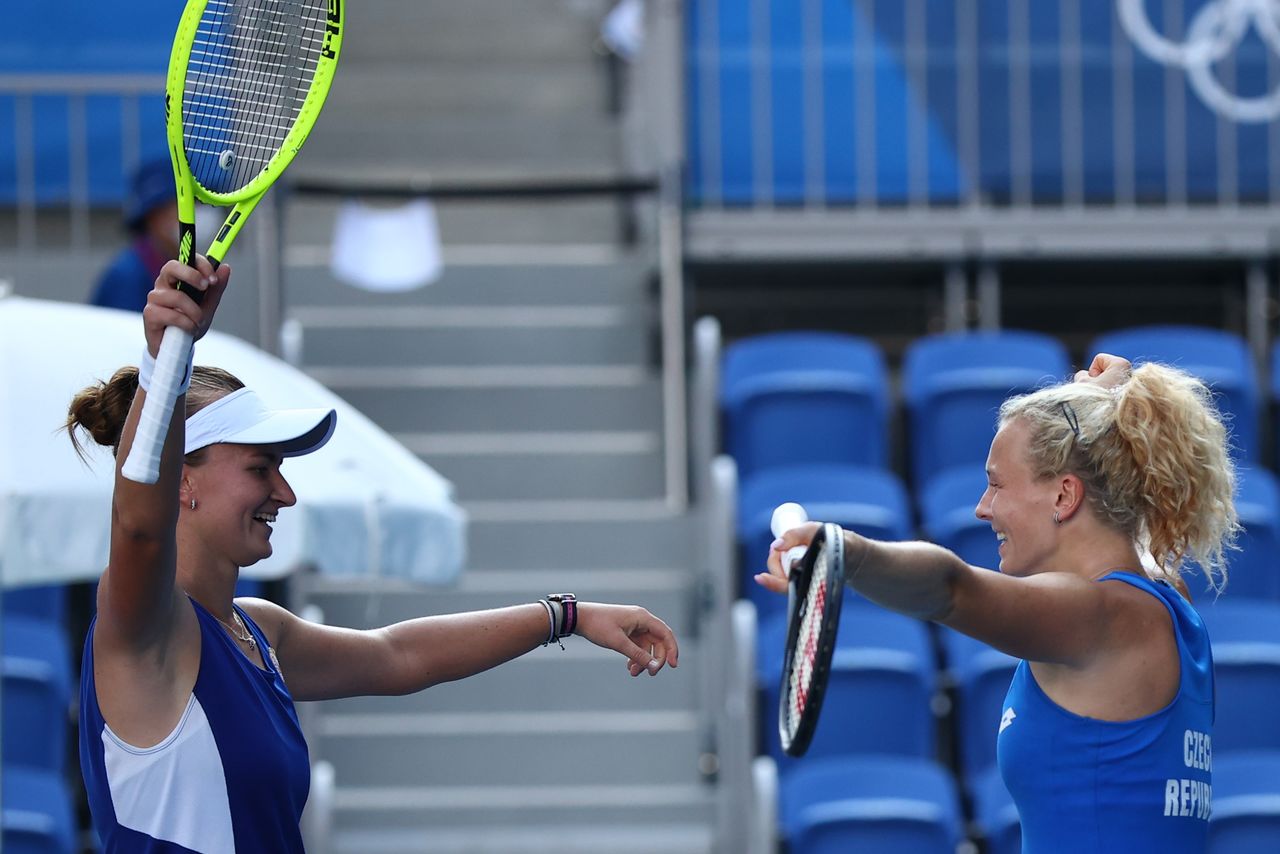 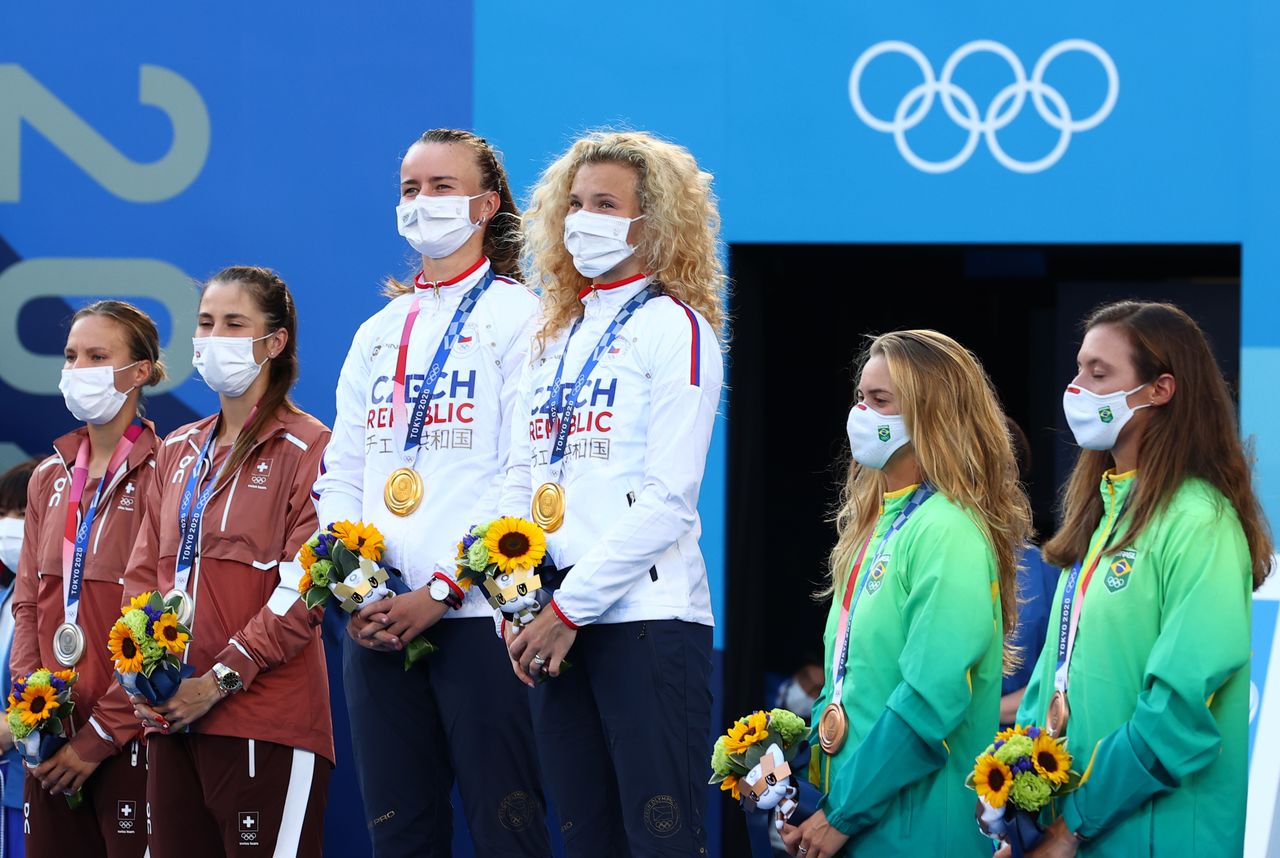 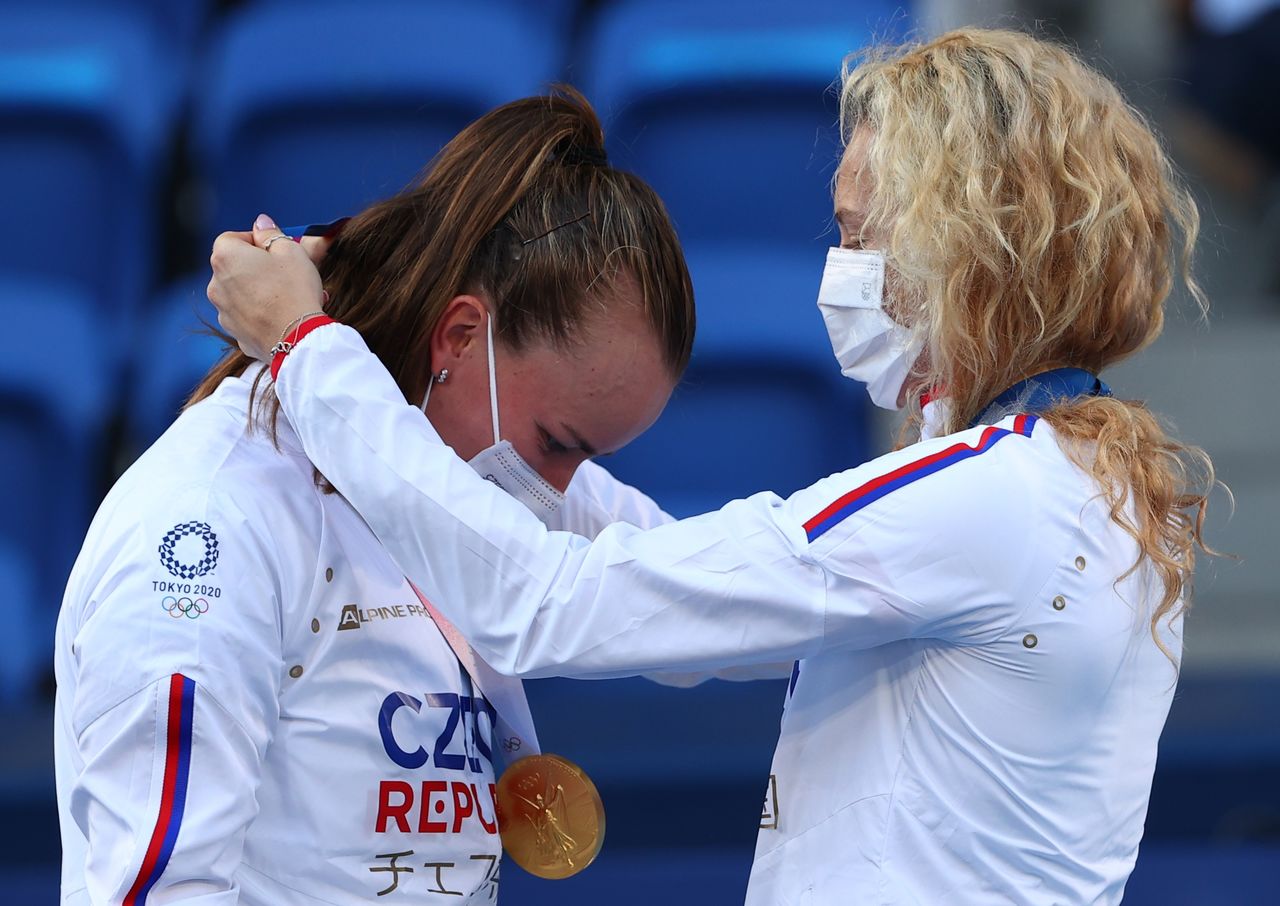