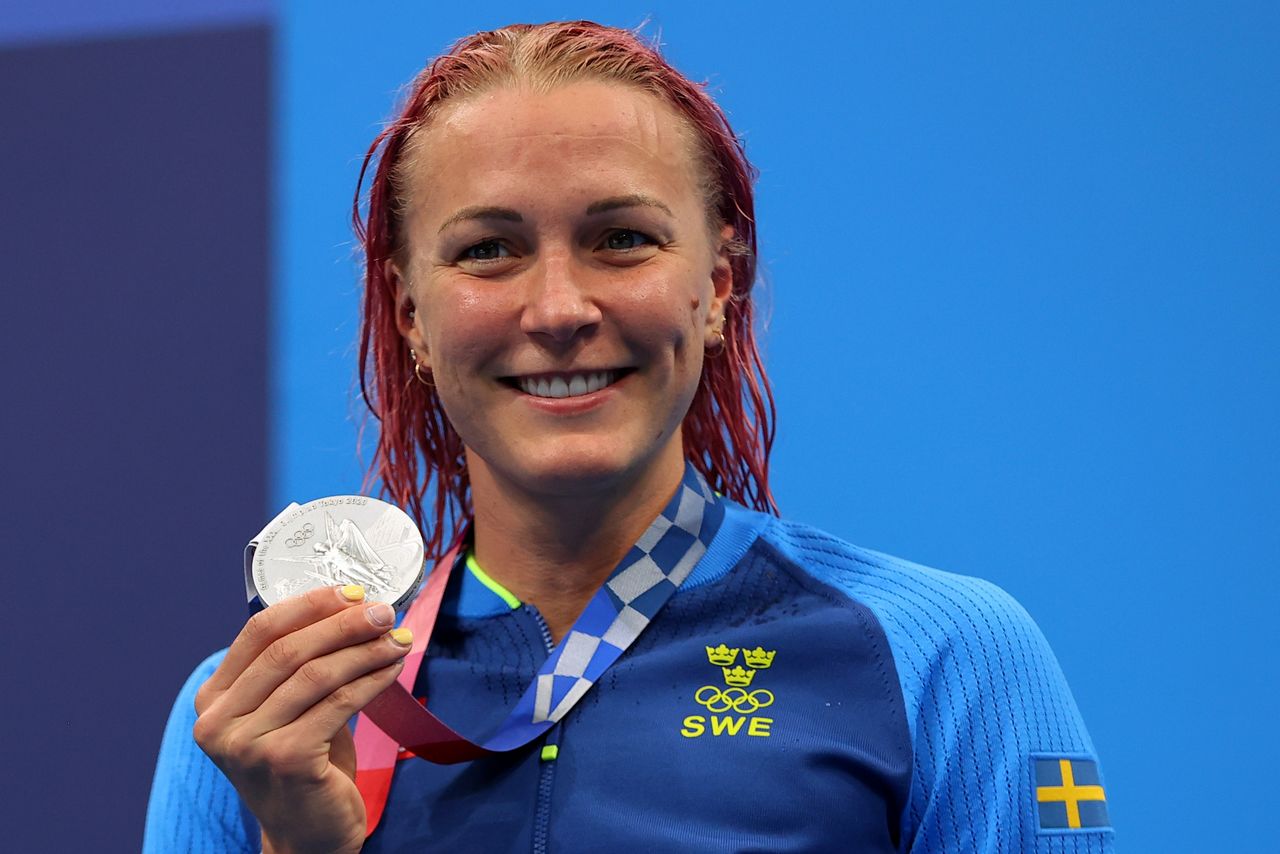 TOKYO (Reuters) - Sweden's Sarah Sjostrom savoured an Olympic 50m freestyle silver medal on Sunday after a fightback from injury that she said had been the challenge of her life.

The 27-year-old world record holder broke her elbow when she fell on ice in February, a slip that threw her Tokyo participation into doubt.

She had surgery immediately, regularly posting details of her rehabilitation on Instagram, and completed the comeback by claiming the silver.

"This is one of my biggest achievements in my career," declared Sjostrom, who was unable to put a swimming cap on without help a few months ago.

"I've been winning a lot of medals and breaking a lot of world records, but this has been the toughest challenge so far.

"In my first swim a couple of weeks after my surgery, I didn't believe in myself.

"It has been a really hard journey, but it has definitely made me even tougher as an athlete."

She told SVT television in June that she had lost almost four cm of muscle mass around her right biceps after the surgery, subsequently regaining much of it.

The Swede -- winner of eight world championship golds between 2009 and 2019 -- was back in the pool by March for light exercise.

She missed the European championships in May, returning competitively in June.

She too had a comeback story, after contracting COVID-19 earlier in the year and suffering a wrist injury, and appreciated what her friend had been through.

"I am so amazed by you. You managed to progress from heats to semis to final," she said.

"It has been a crazy year. To be honest I never expected anything less from you, really inspiring to race alongside you."