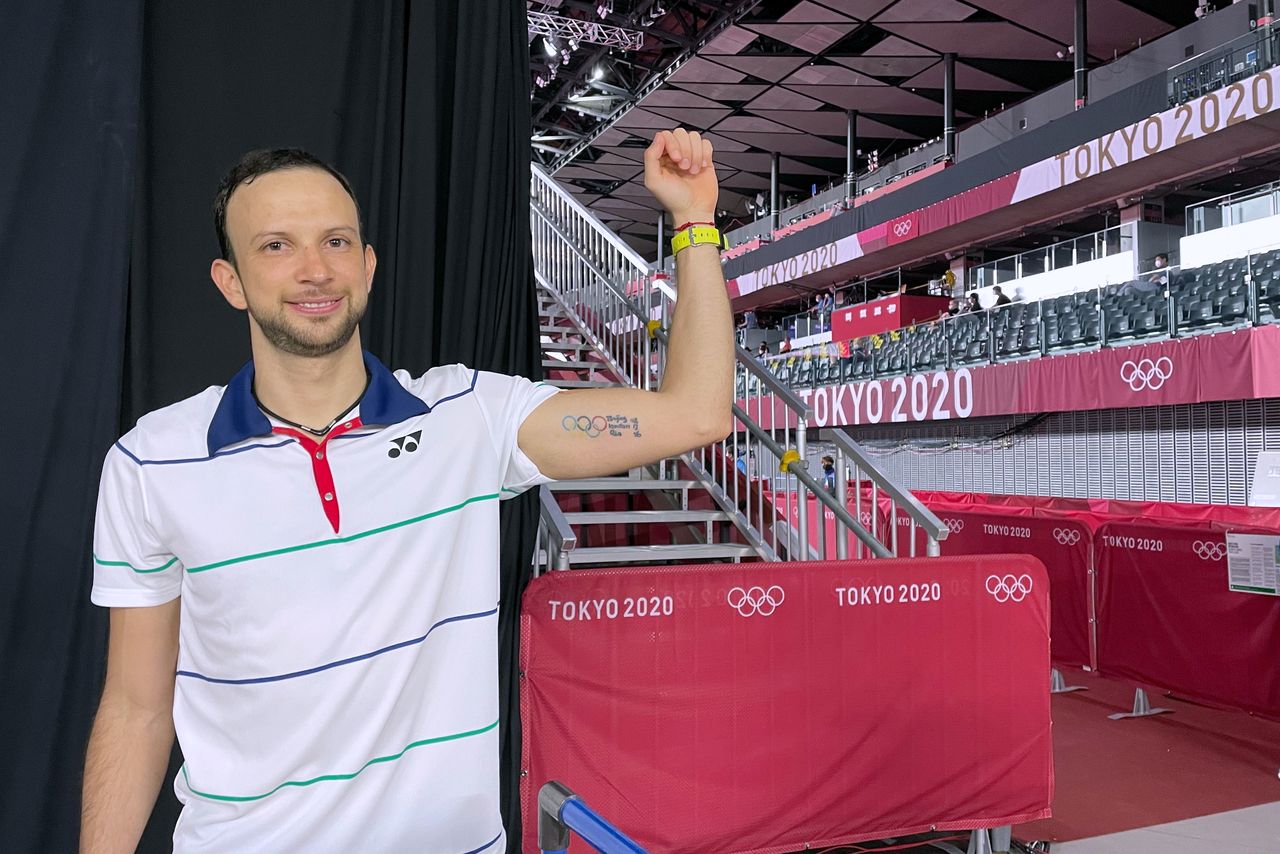 TOKYO (Reuters) - As a boy in Guatemala, Kevin Cordon had one ambition -- to make it to the Olympics. When he qualified for the 2008 Beijing Games, he got the five Olympic Rings tattooed on to his left biceps.

Initially, Cordon did not even care what sport he played, saying once that he chose badminton because it was not popular in his soccer-crazy country and so he would have a better chance of standing out.

He started playing at 11 and soon left his home in rural Zacapa for the city to begin formal training.

Now 34, the humble and unassuming Cordon, has Guatemala's second-ever Olympic medal within reach at his second Games and is lauded as a national hero at home.

The Guatemalan was beaten by China's Bao Chunlai in Beijing and had to pull out of Rio due to a knee injury that kept him from playing in top form afterwards.

"This is a nice second chance, a second opportunity to have fun, to play as much as I can," said Cordon, whose hero is China's double Olympic and five-time world champion Lin Dan.

Cordon's success has been one of the biggest shocks of the Tokyo 2020 competition, the other being the first-round exit of Japanese world number one Kento Momota.

"He's really aggressive at playing trigger shots and a little bit of unusual shots, but with good quality actually in this tournament," said Axelsen, who ultimately won through to the final. "It was tough for me to get the pace high enough."

Cordon attributes his unusual style to being from a place where training is less structured than it is in Denmark or Asia.

"In Latin America it is not easy to train in badminton so for all these people in all of these countries, they're very curious of how different I play," he said.

Cordon said he would add to his Olympic tattoo when he got home to commemorate his efforts in Tokyo.

Asked if he planned another for Paris, Cordon laughed and said: "I'm not thinking about it just yet.

"This, for us (Guatemalans), is not easy. We have to work, we still have to fight, we need some more support."