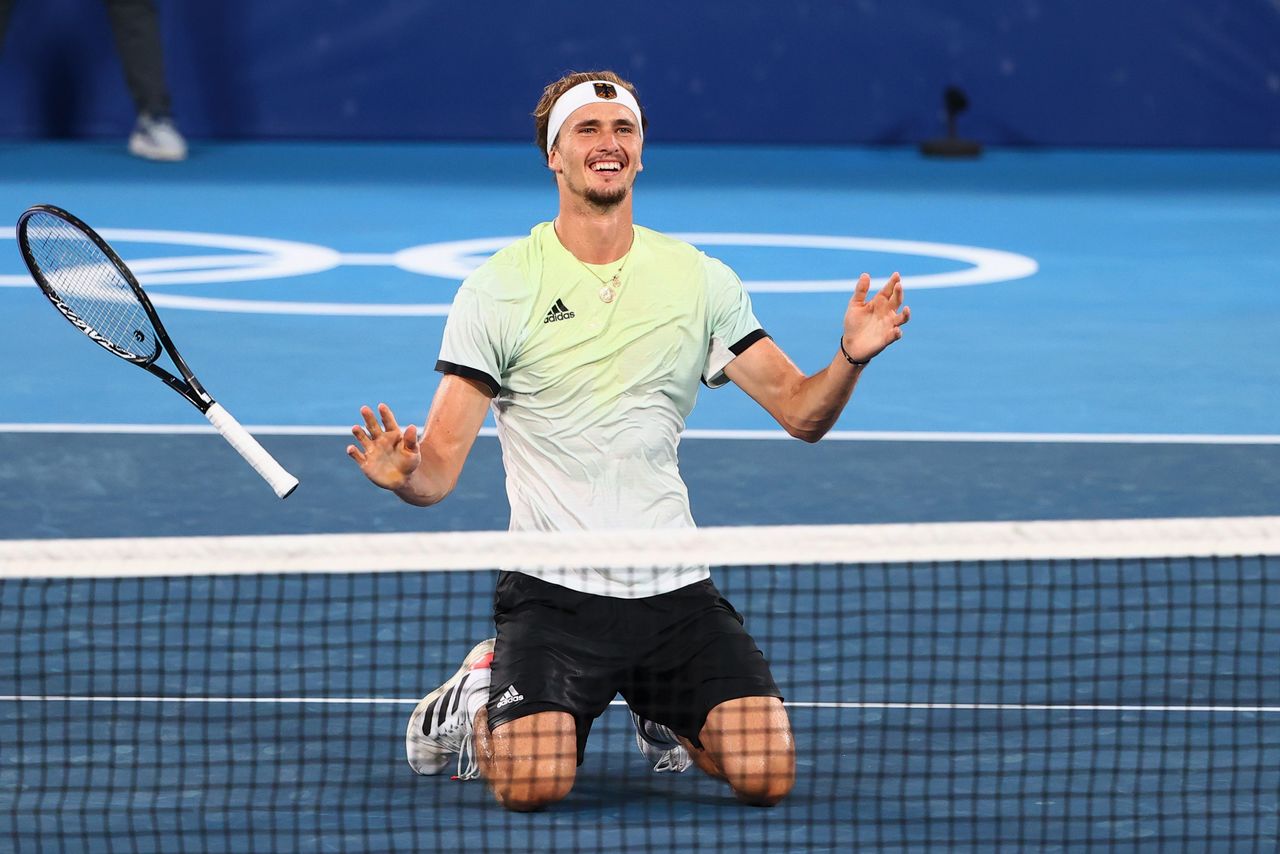 By Karolos Grohmann and Rozanna Latiff

The 24-year-old, who has yet to win a Grand Slam title, was in stunning form as he demolished Khachanov in 79 minutes to become the first German man to win a singles Olympic gold.

Zverev, who secured a rare win over world number one Novak Djokovic in the semi-finals, became only the second German to win Olympic singles tennis gold by matching Steffi Graff's achievement at the 1988 Seoul Olympics.

"There are only few people in this world who are happier than me at the moment," Zverev said. "I can't compare it because this is so much bigger than anything else in sports," he told reporters.

"A gold medal for me at the Olympics, the value is incredible. The Olympics is the biggest sporting event in the world. There is nothing compared to this.

"I have this golden thing around my neck and it is not one of the 50 gold chains that I normally wear."

Zverev was flawless throughout and never allowed his opponent to get a look-in as he grabbed an early break and cruised to a 3-1 lead in the first set.

There were no signs of any nerves as he broke Khachanov for a second time and bagged the first set when his opponent sent an easy volley wide on the German's second set point.

Zverev had struggled with a string of personal issues in the past few years as well as a messy change of management while also building a reputation of being a hugely talented player who fails to close out big matches.

But on Sunday not even the loud protests of a handful of anti-Olympic demonstrators, booming into Centre Court through a bullhorn, could distract him as he broke the hapless Russian again in the second game of the second set.

Long criticised for his perceived mental weakness, including losing to Dominic Thiem in last year's U.S. Open final when he surrendered a two-set lead, Zverev proved the doubters wrong this time.

He remained in complete control, thundering backhand winners past his opponent who could only look on as he settled for silver when he dumped a forehand into the net on Zverev's first match point.

The German dropped to his knees before lifting his arms aloft in triumph, knowing he had finally landed a big prize.

Khachanov has won all four of his ATP titles on hard courts but never came close to adding to that haul on Sunday.

Khachanov was competing in Tokyo as a representative of the Russian Olympic Committee (ROC) because the country was stripped of its flag and anthem for doping offences.

Germany also won Olympic gold in the doubles with Boris Becker and Michael Stich at the 1992 Barcelona Games.

Spain's Pablo Carreno Busta had secured the bronze on Saturday after beating Djokovic.