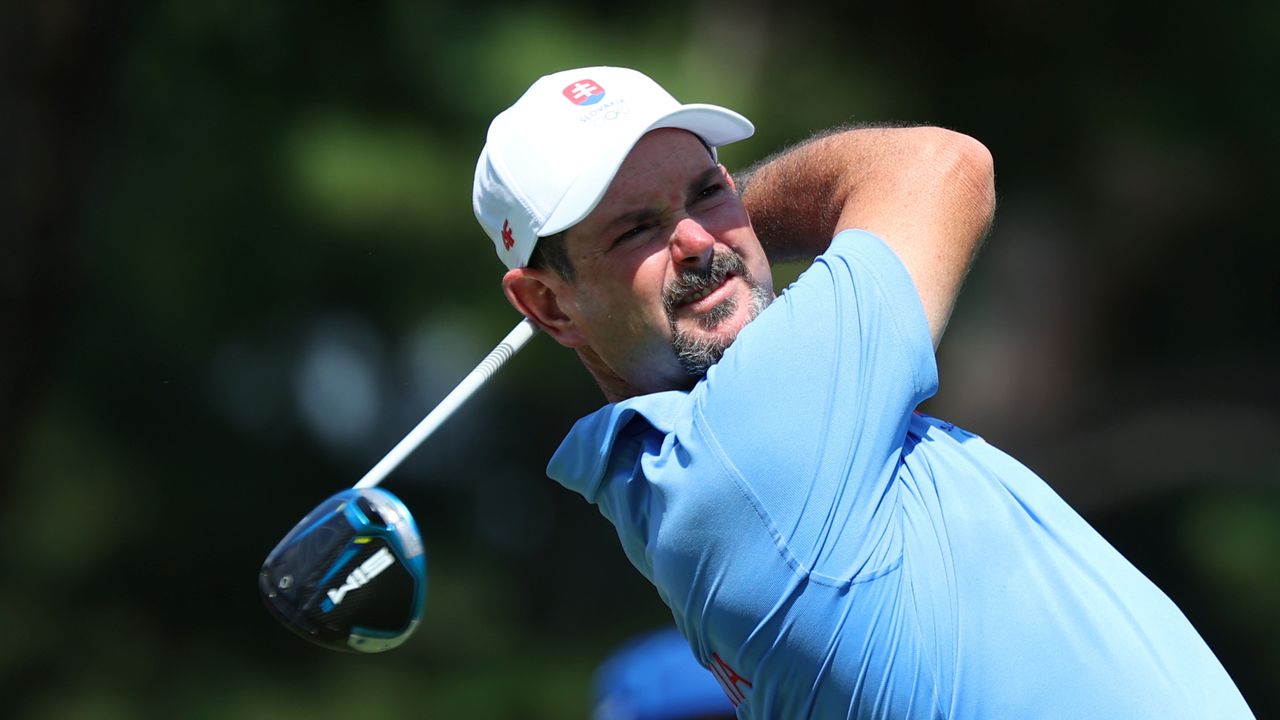 KAWAGOE, Japan (Reuters) - If Slovakia's fledgling golf industry enjoys a boost in sales in coming weeks, it might have a stocky South African to thank after Rory Sabbatini earned silver for the eastern European nation in a Olympic record round at the Tokyo Games on Sunday.

Durban-born Sabbatini, a six-time winner on the U.S. PGA Tour, represented South Africa at a slew of World Cups and won the team-based event with Trevor Immelman in 2003.

However, after his second marriage, the 45-year-old took Slovakian citizenship at the end of 2018, setting up an unlikely bid for Olympic gold.

With his wife Martina carrying his bag, Sabbatini did all but win the title at Kasumigaseki Country Club on Sunday as he notched 10 birdies and an eagle in an Olympic record 61 to give American winner Xander Schauffele a huge fright.

With 45-year-old Sabbatini finishing on 17-under, Schauffele only broke clear with a birdie at the 17th and needed an inspired iron shot on the 18th to close out the win.

Sabbatini, who had a long and nervous wait back at the clubhouse after finishing his round, bowed his head in disappointment when the winning putt dropped.

He said it was still a great choice to represent Slovakia and that he might get a tattoo to mark his minor medal triumph.

"The decision was purely to try and help generate interest in golf among junior golfers in Slovakia," he said.

"Then an opportunity arose to be here ... The pride I have to be here, to represent and medal is absolutely fantastic.