ENOSHIMA, Japan (Reuters) - Denmark's Anne-Marie Rindom was crowned champion in the women's Laser Radial sailing class on Sunday, after her team helped her bounce back from a horrible misunderstanding on Friday that almost saw her give up a golden opportunity for Olympic victory.

The Dane was hit with a 45-point penalty for pulling out of the last of the 10 opening series races on Friday after a disqualification that was quickly annulled https://jp.reuters.com/article/csports-us-olympics-2020-sal-idCAKBN2F00QE-OCASP. That slashed her lead in the overall standings ahead of the medal race and giving the rest of the field hope that she could be caught.

"It took some time for me to get myself together and do the race today, it was very hard, I worked so many years on this regatta," she told a media conference before revealing how she was able to lift herself for Sunday's decider.

"I have a great team behind me and they were so supportive, they carried me through the last couple of days, and that's just amazing, to have such big support."

Rindom also had to deal with some issues with nature as her boat skimmed the waves before eventually cruising home in seventh place to give her a total of 78 points, three ahead of silver medallist Josefin Olsson of Sweden.

"I've never seen so much sea grass inside my boat, so I was a little bit surprised and I couldn't get it out. That created some extra pressure for me," the 30-year-old said before expressing her gratitude to the people of Japan.

"A big thank-you for letting this Olympics happen. I think we all had a doubt about whether it was going to happen or not, it's truly amazing in these times that they made it happen," she said. 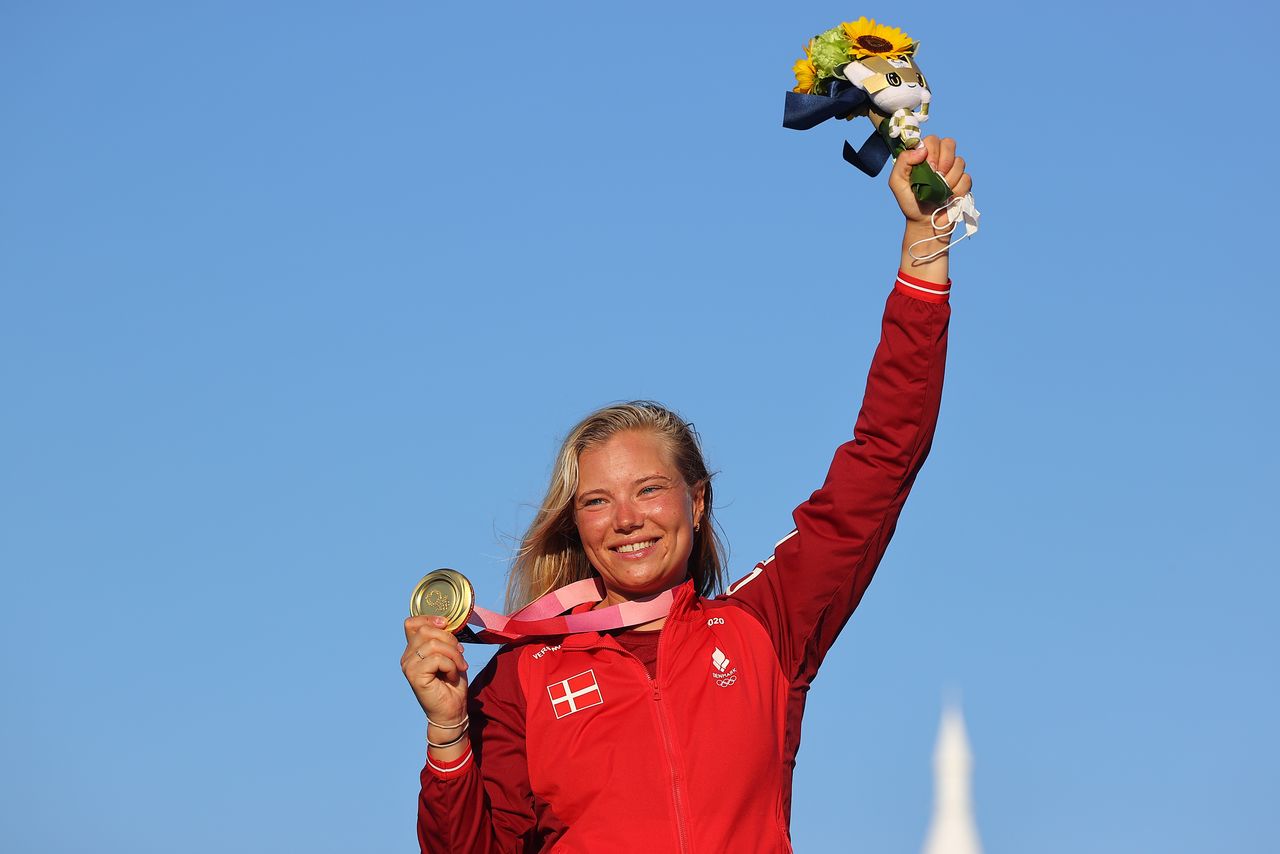 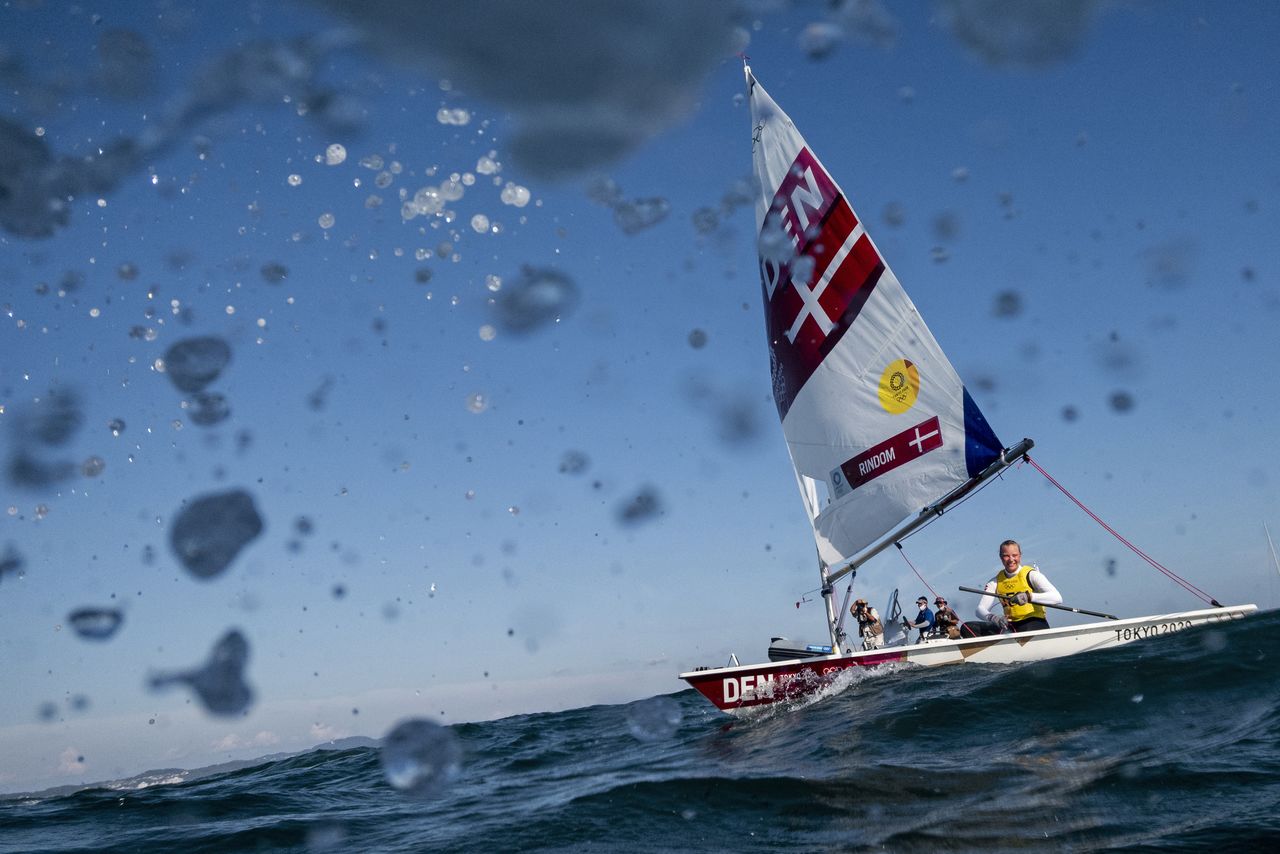