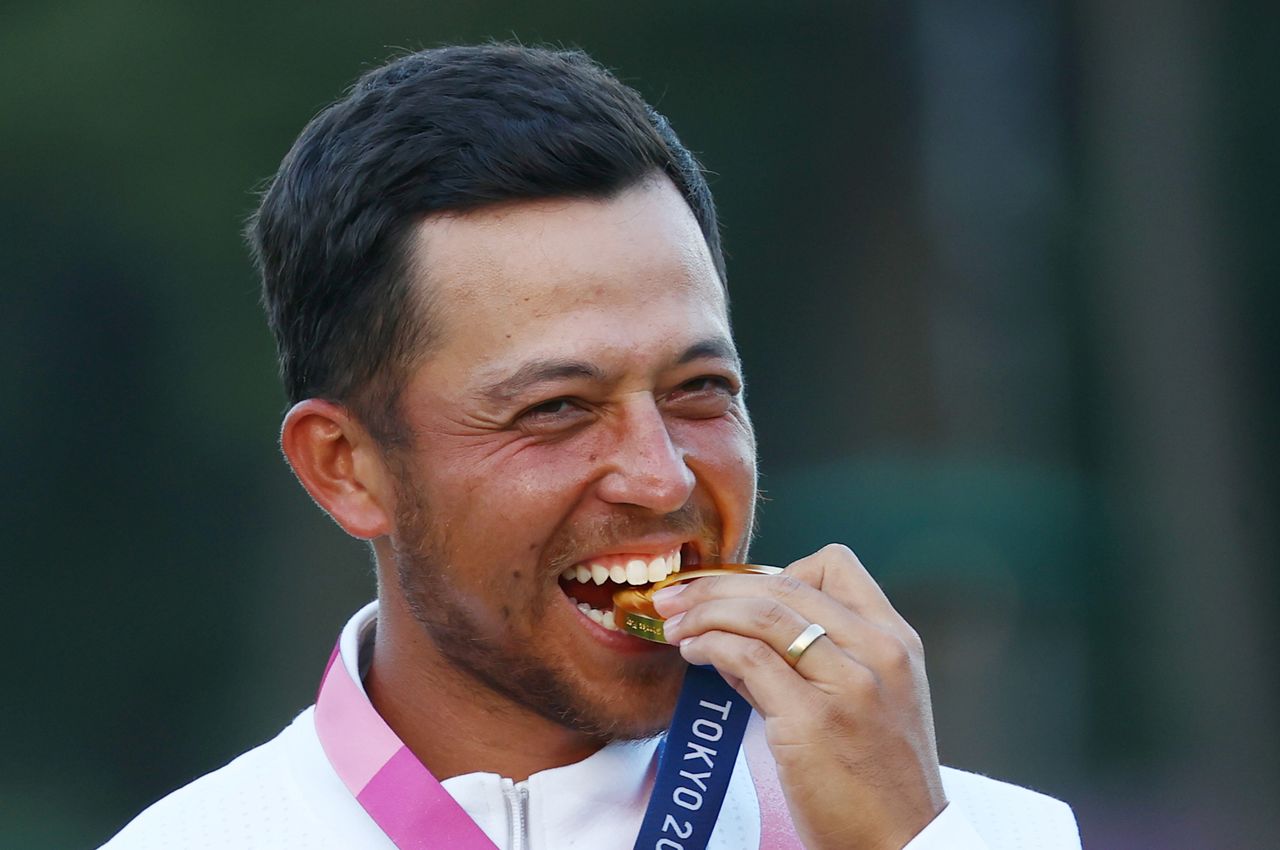 KAWAGOE, Japan (Reuters) - Xander Schauffele's triumph at the Tokyo golf on Sunday was especially emotional for his swing coach father Stefan, whose own Olympic dreams were crushed nearly 40 years ago.

Stefan Schauffele had hoped to represent Germany in track and field but a car crash left him blind in one eye, a blow that took him years to get over.

Decades later, his son qualified for Tokyo and the pair flew out together to share the Olympic moment.

On Sunday, Xander won the gold with a tense one-stroke victory over Slovakia's silver-winning Rory Sabbatini at Kasumigaseki Country Club.

"This is going to take a while to settle in," said Stefan, joking that he needed a towel to hide his tears.

"I got choked up. I describe today as definitely needing a towel moment. I am very, very proud.

"This is a meaningful (win). It's the most meaningful one so far, just below the majors if you will. It's a great achievement."

Xander became the second United States golfer to win Olympic gold in the men's event, following Charles Sands in Paris in 1900. Golf returned to the Olympics in Rio in 2016 after a long hiatus.

Some of his father's swing lessons may have fallen by the wayside as the 27-year-old Californian struggled off the tee in a nervous back nine.

But he struck a sweet iron shot to four feet from the 18th pin to make sure of the gold.

"For me, I really wanted to win for my dad. I am sure he is crying somewhere right now. I kind of wanted this one more than any other," said Xander, who has relatives in Japan from his Taiwanese mother's side.

"First up, you are trying to represent your country to the best of your ability and then you add family stuff on top of that."