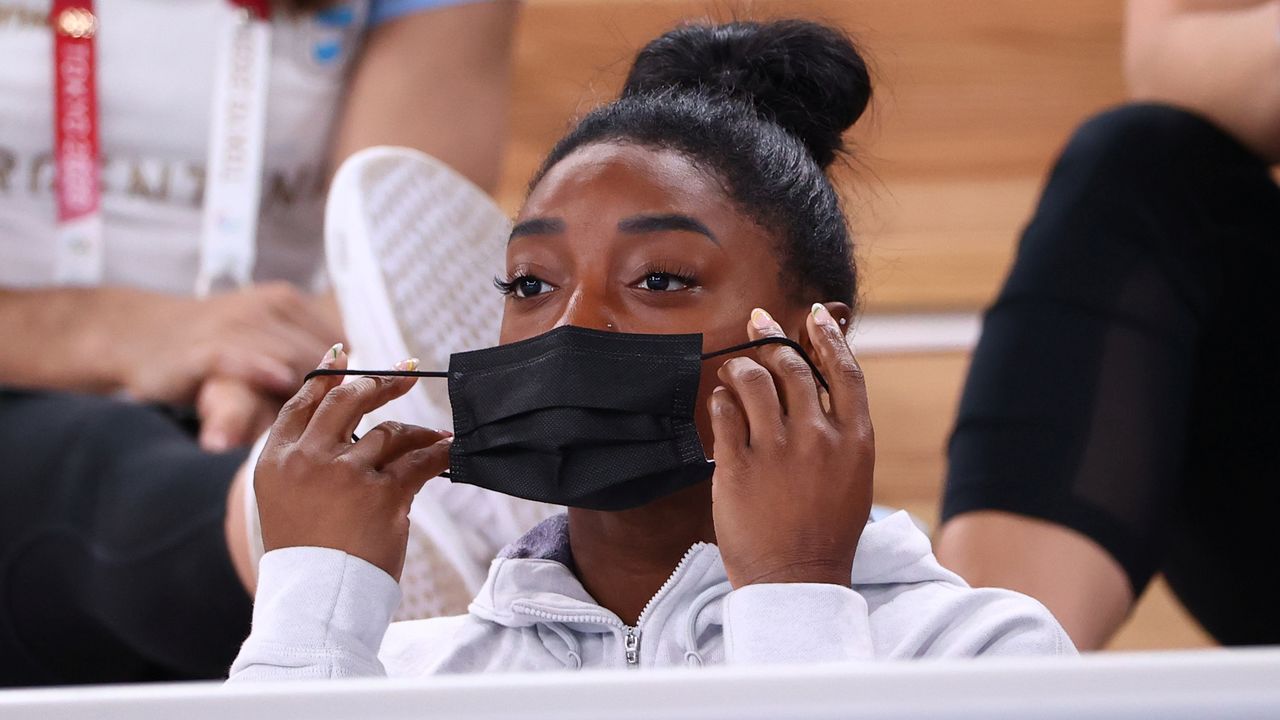 TOKYO (Reuters) - It was unclear on Sunday whether Simone Biles will compete in Tuesday's balance beam final at the Tokyo Games after American team mate Mykayla Skinner said she thought the four-time Olympic champion would "probably still be competing."

However, it was not clear whether Skinner, who on Sunday took Biles's place in the women's vault competition and won silver, was referring to the 24-year-old's participation in the beam final or just generally after the Games are over.

USA Gymnastics said on Sunday that Biles had withdrawn from Monday's floor exercise final, which was one of the four golds Biles won in Rio in 2016, and would make a decision about her last scheduled final on the beam later this week.

Biles had been expected to improve on her Rio Games gold haul after qualifying for all five individual finals in Tokyo but pulled out of the all-around, vault, asymmetric bars and floor exercise medal events in order to protect her mental health.

Biles shocked the world when she withdrew from the team final https://www.reuters.com/lifestyle/sports/gymnastics-biles-out-team-event-can-still-get-medal-2021-07-27 last week after a single vault, citing mental health issues.

Asked how Biles was doing, Skinner told reporters she was "handling it better than I thought".

"Every day she's been laughing and giggling, super supportive, and I'm sure when she gets home it'll probably hit her more. Right now, she's around all of us," Skinner said.

"She's still probably going to be competing, so I'm sure she's trying to stay in the game, but honestly she's been the happiest person and I'm so grateful to see after everything she's been through that she's making the best of it."

Since cutting short her participation in the team final, the 19-time world champion said she is suffering from "twisties" -- a mental block that is preventing her from safely performing the high-risk skills required to compete.