TOKYO (Reuters) -Venezuelan triple jumper Yulimar Rojas soared out to 15.67 metres on Sunday to smash the world record with her final attempt, as she became the first woman Olympic champion in her country's history.

A charismatic presence throughout, Rojas began with a brilliant jump of 15.41m that took her 2cm beyond the Olympic record set by Cameroon's Francoise Mbango in 2008 in Beijing.

But the world best mark of 15.50m, set by Ukraine's Inessa Kravets in 1995, was the main target in her sights.

"I was looking for it, I knew we had that distance in my legs to get it today. I was failing a bit in the technical aspect but the last jump was one to give everything, and it was like that," she said.

Rojas, who won silver five years ago in Rio, held the smattering of people in the stands, part of Olympic delegations who likely came to see the 100m final later in the evening, enthralled.

The 25-year old raised her hands and clapped, inspiring a call-and-response with the audience, and roared and muttered to herself before her jumps.

"I focused on giving my best... It makes me happy. I have to enjoy it now, and live the experience," she said.

Rojas has been the dominant force in the sport since the last Olympics, winning the world title a year later and repeating the feat in Doha in 2019.

Now she has added an Olympic title. "I can't describe this feeling and this moment...Wow. It is a fantastic night," she said.

Mamona, who caught COVID-19 in January and had to take a few weeks out from training, said winning an Olympic medal had made 20 years of hard training all worth it.

"I'm in the clouds right now. ...I dreamed about it," she said. "I knew that I had to work incredibly hard to achieve something like this."

Of Rojas' record, she said it spurred her on. "I took some of her energy myself," Mamona said.

Peleteiro said her medal had given her peace of mind.

"I worked hard to achieve this, because no matter how blessed you are, you aren’t getting anything if you do not work," the 25-year old said.

There was no repeat for defending champion, Colombia's Caterine Ibarguen. She finished in 10th, but said was special being part of Tokyo 2020.

"I am blessed to have another opportunity to represent my country. I leave with the biggest pride," the 37-year old said. 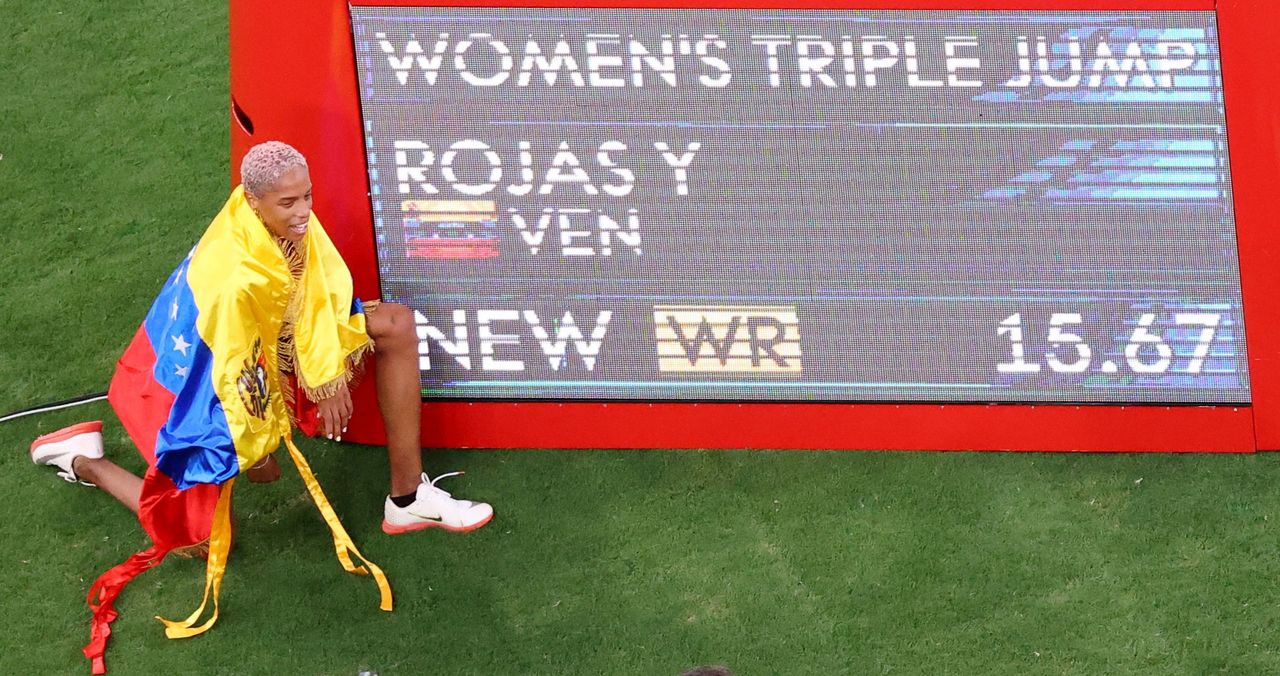 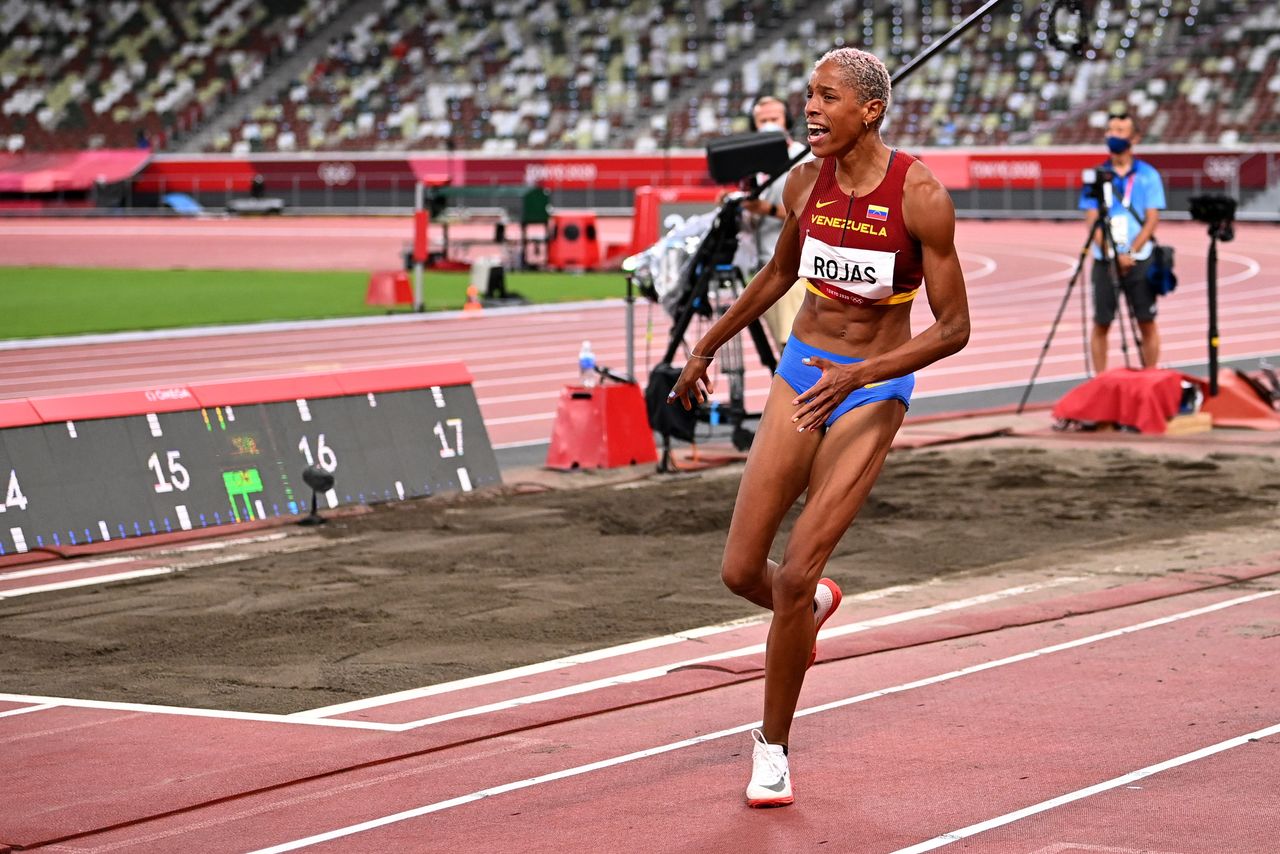 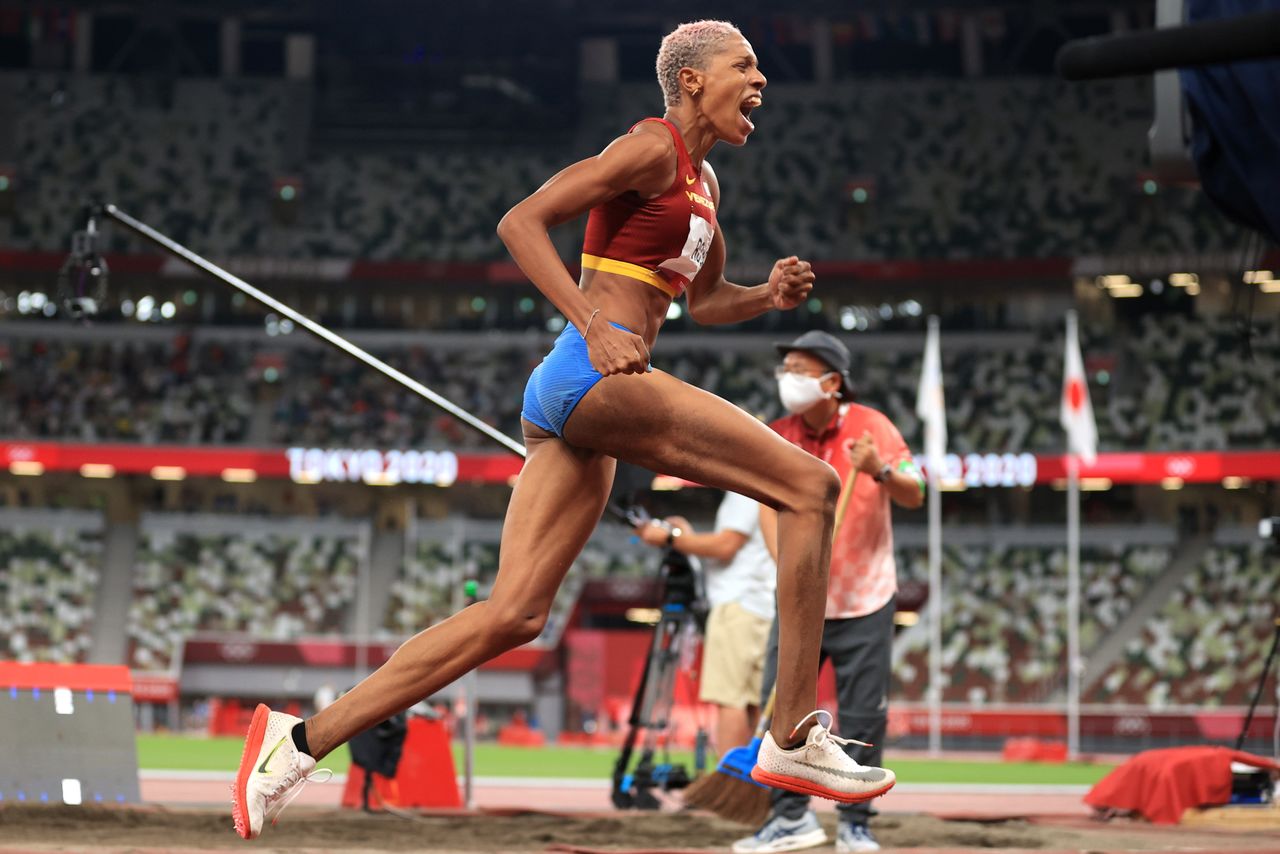