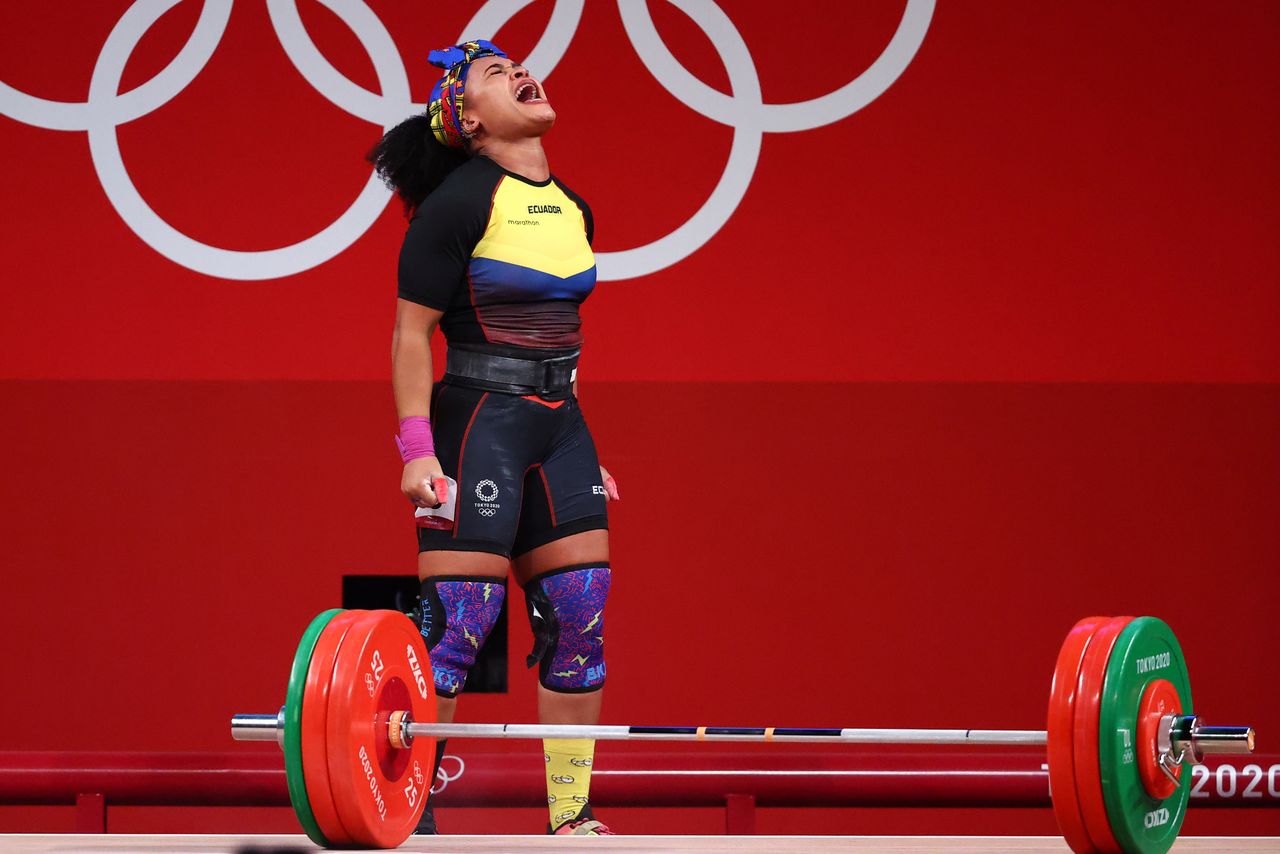 TOKYO (Reuters) -Ecuador's Neisi Patricia Dajomes Barrera became her country's first woman to win an Olympic medal when she claimed gold in the women's 76 kg weightlifting at the Tokyo Games on Sunday.

Katherine Nye of the United States won silver, the best U.S. result in the sport in two decades.

"I feel very happy and very proud," said Dajomes Barrera through an interpreter. "I guess the training regimen gave me strength and made me feel comfortable at the competition."

Dajomes Barrera, who brightened up the arena with a colourful hair band with a bow at the front, screamed with joy after lifting 145 kg on her third clean and jerk, the heaviest weight she had tried.

The judges initially decided the lift was not complete but they quickly overturned that decision, making all her six lifts successful.

Nye's silver is the best achievement in the sport for her country since Tara Nott Cunningham won a gold at the Sydney Games, where women's weightlifting was first introduced.

Nye hoped to inspire a new generation of weightlifters in the U.S., which was not able to win any medals for the sport until the Rio Games in 2016 after Sydney.

"I think USA weightlifting has been looked down on for a very long time now, and I feel like the talent and all of our hard work is finally showing up now," said Nye.

Nye had a rough day on Sunday, as her third snatch attempt was ruled a no lift, while she was not able to lift the bar when she tried a 148 kg clean and jerk on her third attempt.

"It's a disappointment but they were right," Nye said of the ruling. "And all I can do is learn from it, and that's what I plan on doing."