TOKYO (Reuters) -Qatar's Mutaz Essa Barshim added Olympic gold to his list of accolades in the men's high jump in Tokyo on Sunday - and persuaded organisers to let him share it with his friend and rival, Italy's Gianmarco Tamberi.

Both Barshim, 30, and the 29-year-old Tamberi ended with jumps of 2.37 metres and had no failed attempts until they attempted to clear 2.39.

After three failures each at that height, an Olympic official, who first offered them a jump-off to decide the winner.

"Can we have two golds?", Barshim asked him.

The official nodded, and the two athletes clasped hands and whooped for joy.

"I look at him, he looks at me, and we know it. We just look at each other and we know, that is it, it is done. There is no need," Barshim said.

"He is one of my best friends, not only on the track, but outside the track. We work together. This is a dream come true. It is the true spirit, the sportsman spirit, and we are here delivering this message."

It was also a win-win situation for the Italian, who broke his ankle days before the Rio Games in 2016.

"After my injuries I just wanted to come back, but now I have this gold, it's incredible," he said. "I dreamed of this so many times.

"I was told in 2016 just before Rio there was a risk I wouldn't be able to compete any more. It's been a long journey."

Maksim Nedasekau of Belarus, who also cleared 2.37, took the bronze on countback.

Barshim won bronze, later upgraded to silver, at the London 2012 Games He picked up another silver in Rio four years later and then won two successive world titles in 2017 and 2019.

His personal best of 2.43m is the second-highest jump of all time, behind Cuban Javier Sotomayor's world record mark of 2.45 set in 1993.

In a high-level competition, South Korean Woo Sang-hyeok and Australian Brandon Starc, the younger brother of cricketer Mitchell, both cleared 2.35 to finish fourth and fifth. 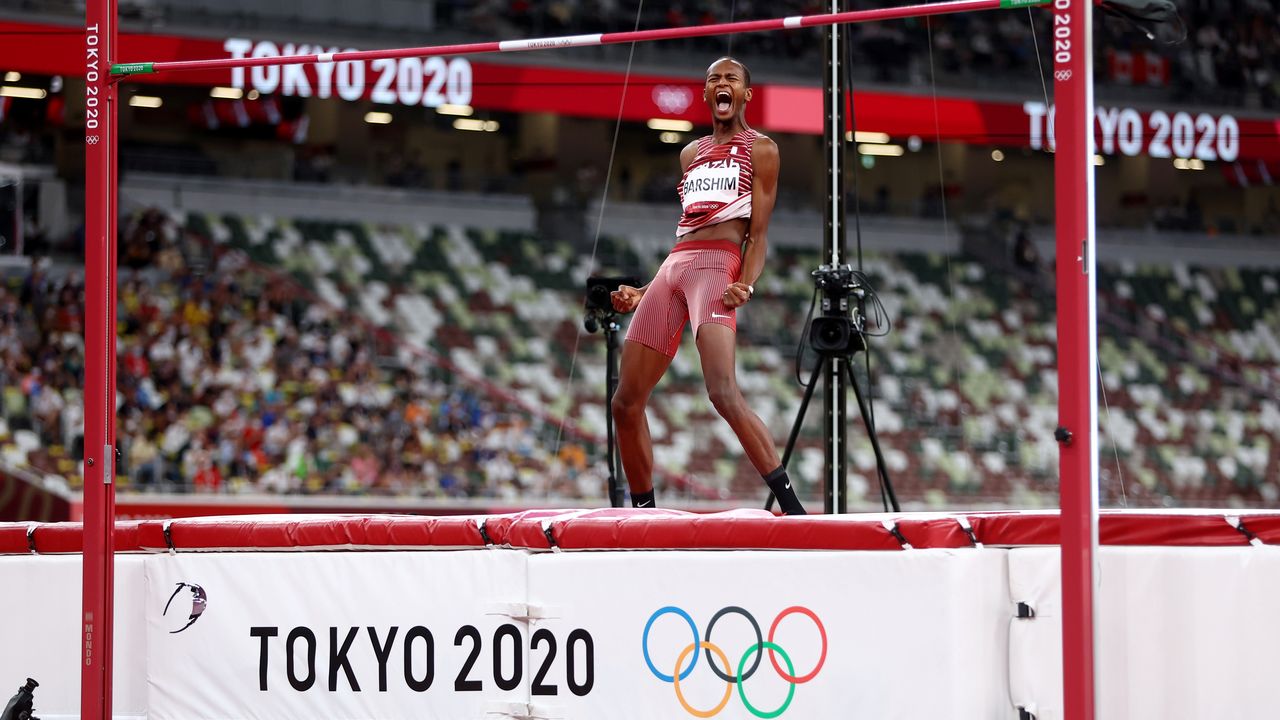 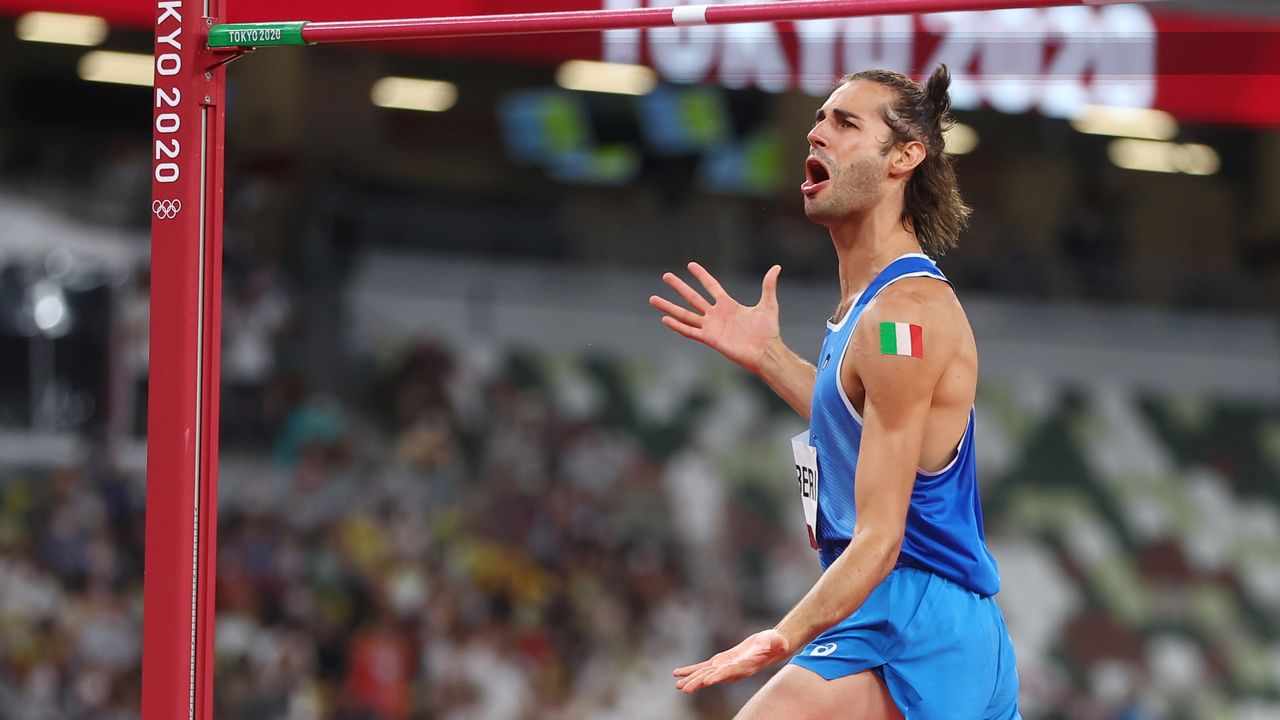