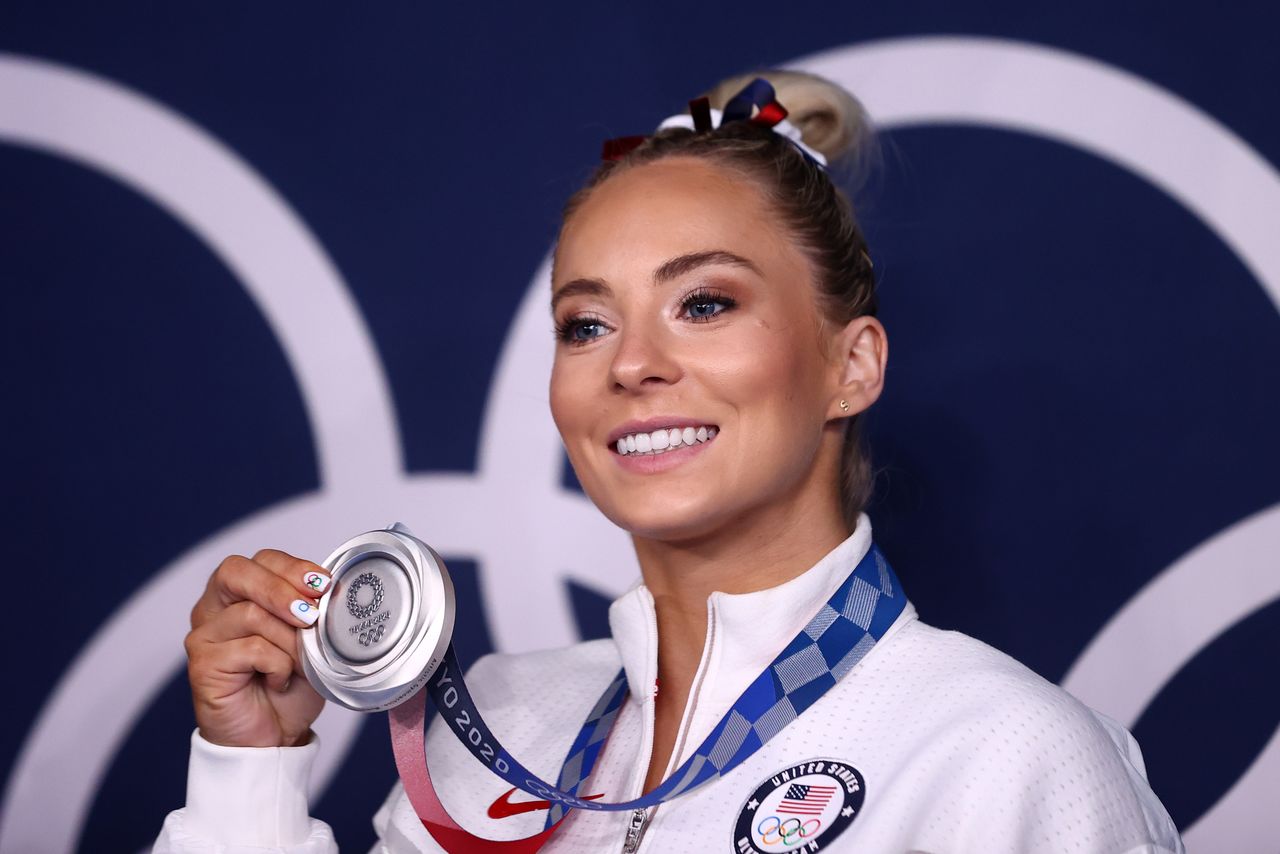 By Gabrielle Tétrault-Farber and Elaine Lies

TOKYO (Reuters) - Mykayla Skinner had been expecting to get on a plane to go back to the United States when she was suddenly told that she would be taking Simone Biles' place in the vault final on Sunday - and won a silver medal.

Biles shocked the world when she withdrew from the team final https://www.reuters.com/lifestyle/sports/gymnastics-biles-out-team-event-can-still-get-medal-2021-07-27 last Tuesday after a single vault, citing mental health issues.

The four-time Olympic champion has since withdrawn from four of the five individual finals she had qualified for, including the vault.

Due to COVID-19 protocols athletes are expected to leave Tokyo within 48 hours of finishing their final competition.

Following last weekend's qualifying, Skinner would have not expected to play any further part in these Games and should have been heading home to the Arizona days ago.

However, when Biles suddenly cut short her participation in the team final, it raised the possibility that Skinner could get another chance to compete in Tokyo if Biles ended up pulling out from the vault medal event.

"I'm 24 and to be able to come back into the game in place of Simone and to have her support - she's pushing me along every single day," Skinner told reporters. "It's so humbling."

Skinner, describing the last few days as "crazy", said: "I was kind of getting ready to get onto a plane to go home. And then Simone was down ... after team finals."

Biles then told her coach that maybe Skinner should not go home, in case she "needs to step in" and that she was texted about not leaving.

On Sunday, she did step in for Biles in the vault, and won silver, her first Olympic medal in what is her last competitive season.

Skinner's journey to a medal has been a difficult one. She was an alternate for the team in Rio 2016, a situation she said was miserable and that "I probably cried every night."

Persisting through the years, including a stint in college -- which she said allowed her to step back a bit -- she missed a month of training over the past year after contracting pneumonia and COVID-19, which landed her in the hospital for a week.

A few months later, all her years of hard work and determination to overcome a number of challenges finally paid off when she secured the Olympic vault silver behind Brazilian champion Rebeca Andrade.