Olympics-Gymnastics-Belgium's Derwael: From 2-year-old tumbler to top of the world 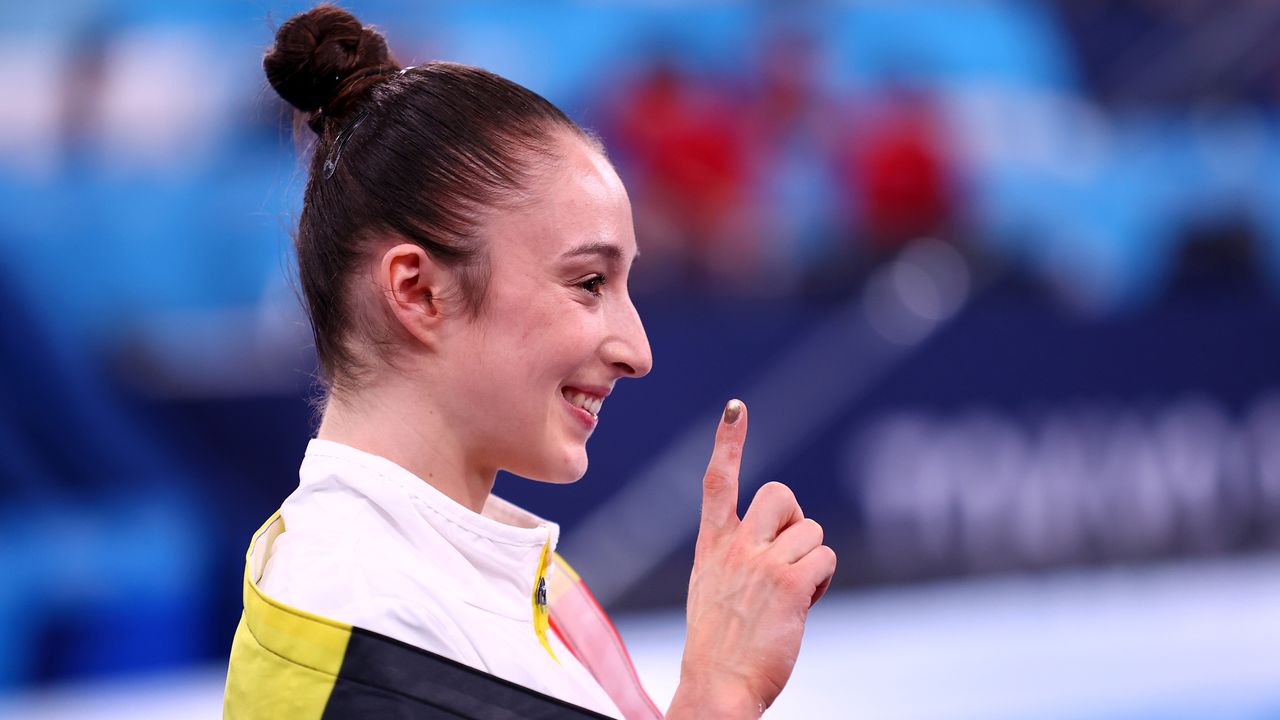 TOKYO (Reuters) - When Belgium's Nina Derwael was two, her parents took her to a gymnastics class. The gym's policy was children could only start at three, but after her first class they let her come back.

That was the start of a career that included a world championship on uneven bars and, on Sunday, topping the podium for the same event in the Olympics - the first Olympic gold ever for Belgian women in a sport usually dominated by the United States, Russia and China.

The Olympic gold for Derwael, 21, who is the reigning world champion on uneven bars - came in the absence of U.S. star Simone Biles, who Derwael has said is her hero.

Biles, who had been expected to gun for gold at the Tokyo Games, has ended up withdrawing from everything except the beam finals this coming Tuesday, citing mental health issues.

Derwael, in a post-meet news conference, acknowledged that things have been tough.

"Everyone who is here is so, so strong mentally to be able to compete without the arena, without friends and family by your side. It shows how incredible we are as athletes."

She said she admired Biles and the entire U.S. gymnastics team for how they were able to suddenly step up and win silver despite Biles's sudden absence.

As for herself, winning gold was hard to believe.

"I'm incredibly happy, and I think I'm still dreaming, and I still need to wake up," she said.