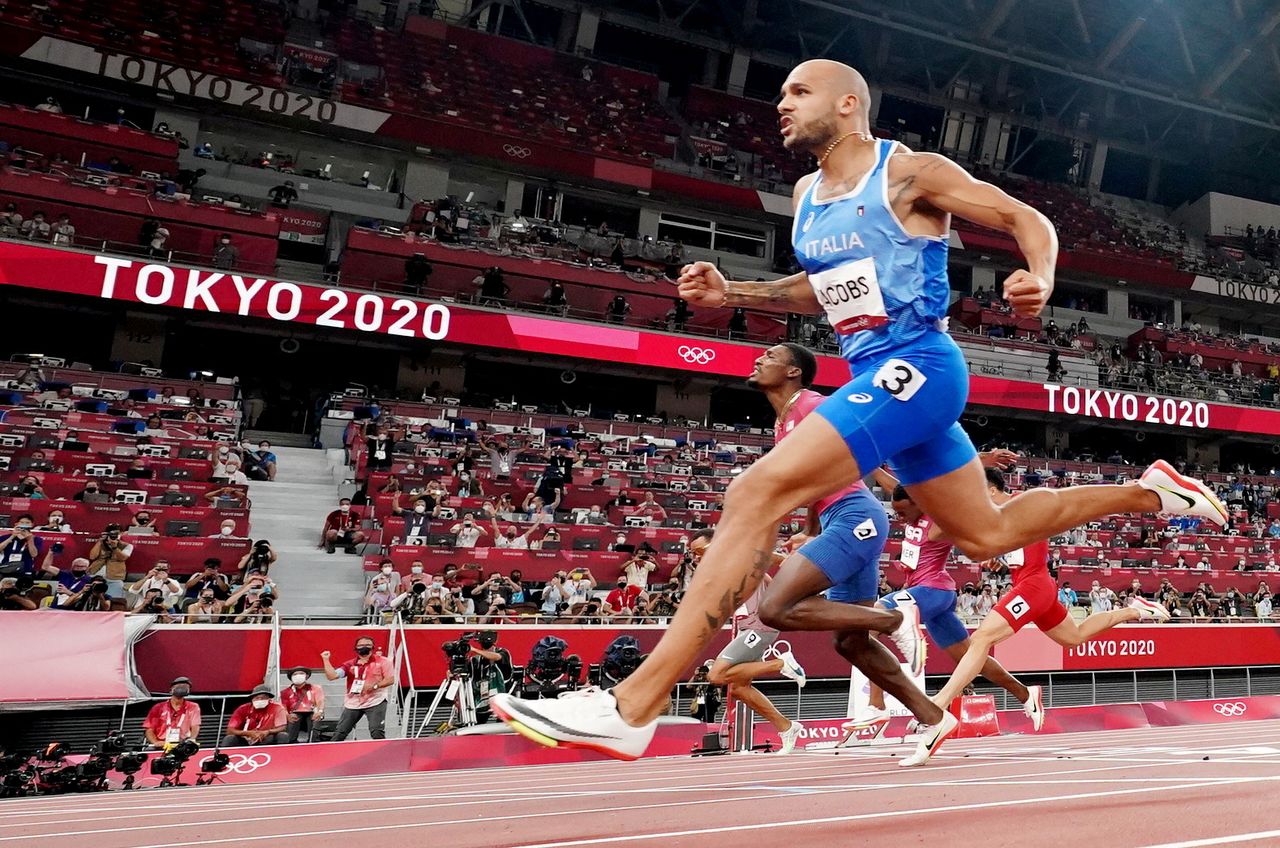 Following are comments they made following the race:

"I don’t know, it’s a dream, a dream, it is fantastic. Maybe tomorrow I can imagine what they are saying, but today it is incredible."

"When I got to Gianmarco we support each other. We all know his story -- he could have won in Rio (2016) but he had an injury, but being here together is something spectacular. I believe in him and believed in myself."

"It's been my dream since I was a child. I need a week or so to understand what has happened. Seeing Gimbo (Tamberi) win the high jump gold fired me up a lot."

ON PREPARING FOR THE OLYMPICS

"I've assembled a good staff around me in this last year; I've done a lot of work with my mental coach."

"I've won an Olympic gold after Bolt, it's unbelievable. Tonight, staring at the ceiling, perhaps I will realise."

"I executed the race perfectly and I came up with a silver medal. I can't complain.

"The race was a beautiful race. I got a PB (personal best) and a silver medal. I am blessed to be at the biggest stage of my career."

"I really didn't know anything about him. It was my first time racing him at the Monaco Diamond League (in July). (Here) he did a fantastic job."

"I'm really happy with the personal best. It was a good race. Everyone ran very well so I'm really just happy to be back on the podium again."

ON COMING BACK FROM INJURIES

"I never gave up on myself. I've got to thank my family, my support system for just pushing me all the way. There were times when I wanted to give up after getting injured. They just kept pushing me and said, 'You're not done yet. You've still got a long way to go. You're young'.

"Just really happy to be back out here again and feel like every year I'm just getting better. With the personal best I feel like I have still got a good shot for next year and for the next Olympics."

"It's crazy when everyone runs so fast - 9.80 from the Italian guy, I didn't expect that. I thought my main competition would have been the Americans, but definitely he came to play. He executed. He did his thing so congrats to him."

(Reporting by Amy Tennery in Tokyo; editing by Clare Fallon and John Stonestreet)