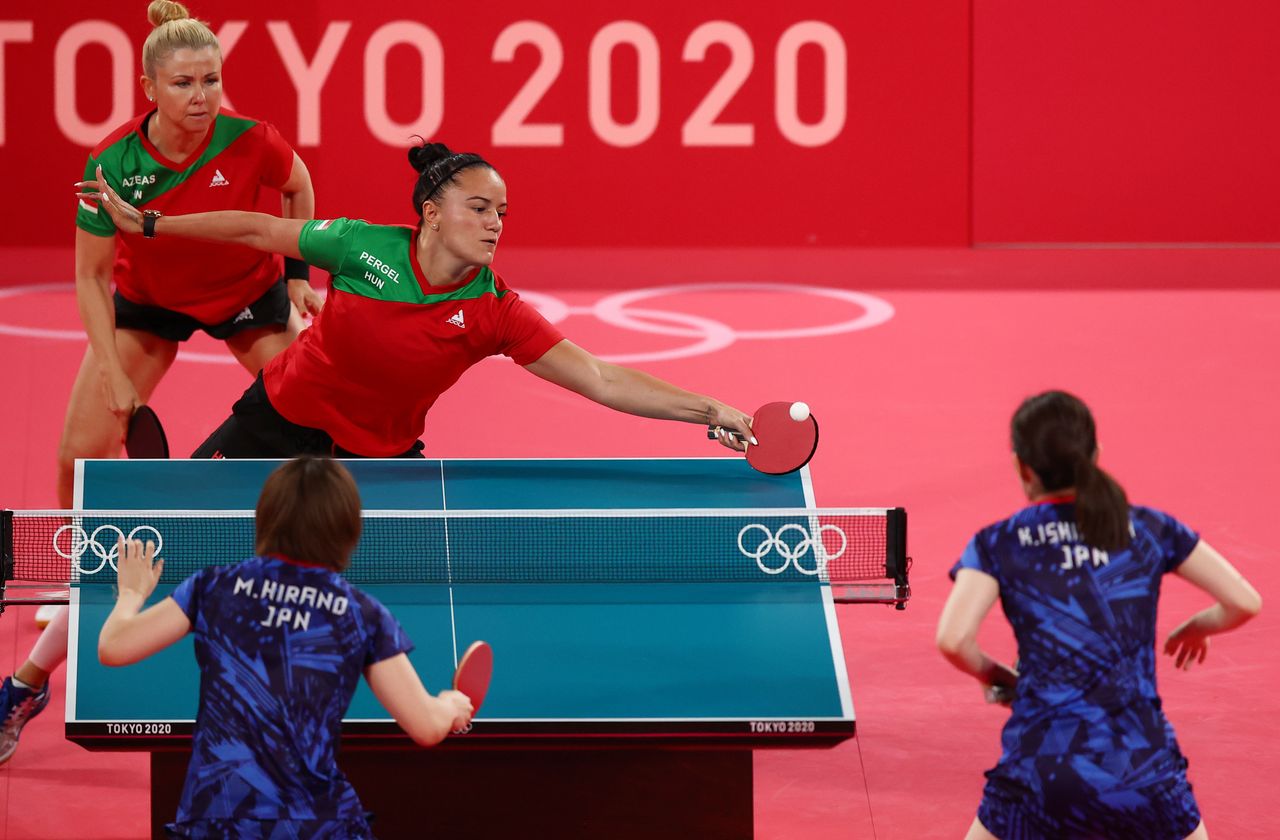 TOKYO (Reuters) - Hungary's Maria Fazekas celebrated her second appearance at the Olympics by dying the five-ring symbol into the back of her two-block hair cut, to the delight of those on Japanese social media watching her in the team event on Sunday.

Fazekas, who last participated in the Olympics at the 2004 Athens Games, said she decided to go with the five-ring haircut and Olympic-themed nail art to express her joy at returning to the Games.

"This is special, because this is a celebration for me to be here again," Fazekas said as she flaunted her blonde hair.

While she was out of the Hungarian national team in 2005, Fazekas continued to play table tennis in Germany and her home country, at one point being a coach for Hungary's national cadet team for three years.

The 45-year-old paddler told Reuters that she got her hair done in Hungary prior to coming to Tokyo.

"When I went to the hairdresser and I said what I want, they didn't say anything for a while. They just asked 'What? What do you want?'," Fazekas laughed.

"And this is famous now. This is good because many people will speak about Hungary, about table tennis and about my hair so it's nice," she said.

Fazekas and her team mates lost to Japan 0-3, but she said that it was a good experience.

"It was a really good match because Japan are a strong team... It was a good thing for us to play against them, especially Mima Ito," she said.

"They are really good players. They are so fast."