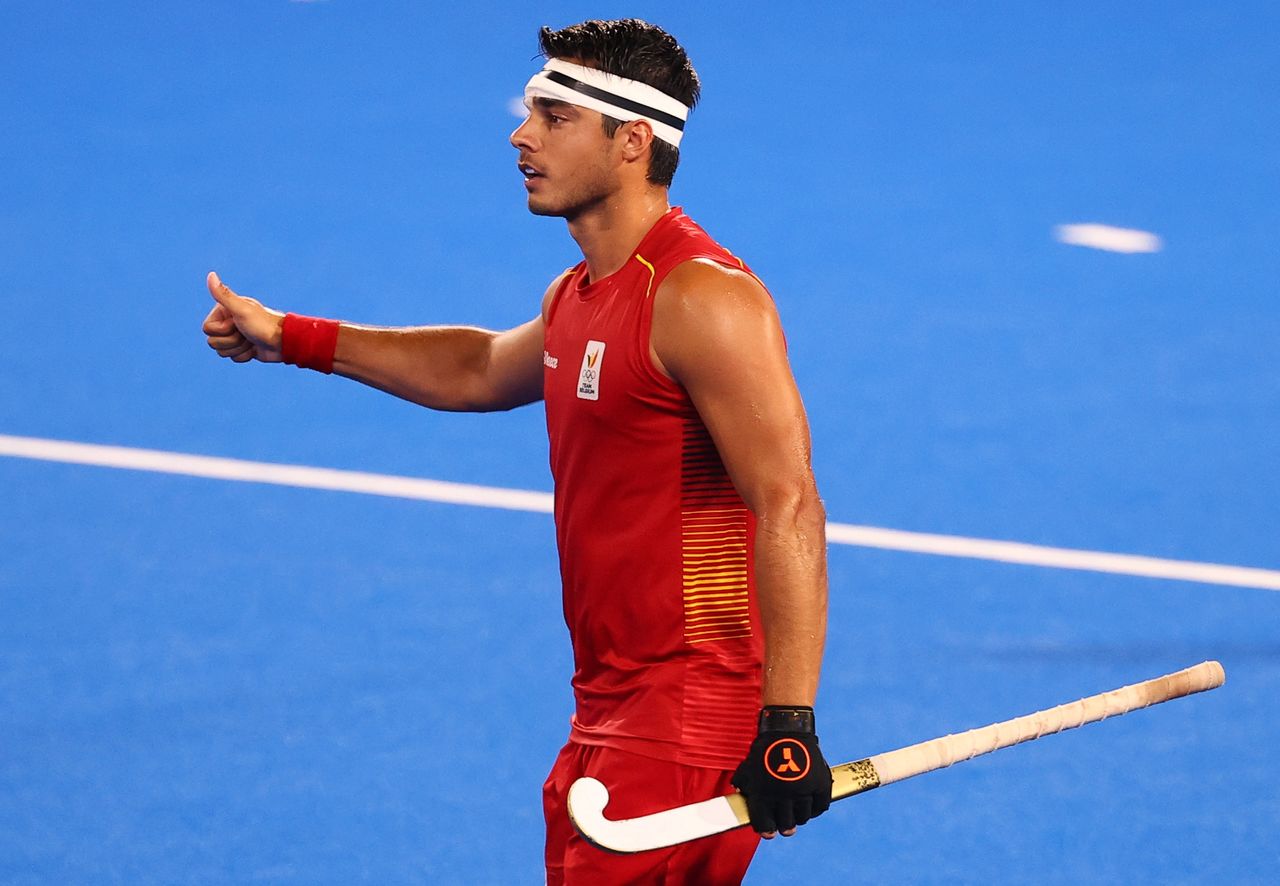 TOKYO (Reuters) - Belgian goal-getter Alexander Hendrickx returned to the Olympic hockey pitch on Sunday after a clash with a British player's stick two days earlier that left him with a gaping wound on his forehead.

Hendrickx made his mark on Belgium's 3-1 quarter-final win over Spain right away, scoring two goals to bring his total for the Tokyo Olympics to 11 out of six matches, building out his lead as the tournament's top-scorer.

"I felt just a big hit and then I knew it was open because the blood was streaming out," Hendrickx said, recalling the injury in the game against Britain.

"It was pouring blood and it felt like ages before the doctor or anybody else was there. But I saw at the reaction of everybody that it was a huge gap."

The medical team stitched up the wound in the dressing room, Hendrickx said. He avoided a skull fracture, but needed three inside and outside stitches each.

"It was open until the skull so they could check if there was a fracture or not," he said.

He had an MRI scan on Saturday to make sure he would not face any risks going back into action. The complete checkup convinced Belgium head coach Shane McLeod to bring him back on the pitch.

"There's no fracture. He didn't have any concussion. He had a clearance by five or six radiologists," McLeod said.

He also proved too hard to deal with for Spain in their match against the Belgians. "He's probably the best flicker in the world," Spain veteran Alvaro Iglesias Marcos said.

Hendrickx wore a headband to protect the wound during the game.

"We made a couple of jokes about that headband but this guy is sending rockets," team mate Loick Luypaert said.

After getting the cut stitched up, Hendrickx posted an Instagram story that showed it and compared him to Harry Potter, who is known for a lightning-shaped scar on his head.