Olympics-Athletics-Jackson out of 200m after rookie heats blunder

TOKYO (Reuters) - Jamaica's Shericka Jackson will not be able to add to her bronze from the 100 metres after a terrible error in the heats of the 200 on Monday, where she eased up too much and was overhauled on the line to finish fourth.

Jackson, third-fastest in the world over the distance this year, did not bother to glance across and almost came to a stop as Italy's Dalia Kaddari slipped four-thousandths of a second in front of her to snatch the third automatic slot.

Jackson's time of 23.26 seconds was not good enough to progress.

There were no such problems for her two compatriots in the 100m clean sweep as Elaine Thompson-Herah and Shelly-Ann Fraser-Pryce advanced safely through.

Defending champion Thompson-Herah began her bid to complete the sprint double-double by calmly moving up through the field to finish a comfortable third in 22.86.

Dafne Schippers, silver medallist in 2016, Shaunae Miller-Uibo, who won the 400m in Rio, Marie-Josee Ta Lou, world leader Gabby Thomas, whose 22.61 at the U.S. trials made her the second-fastest in history behind Florence Griffith-Joyner, and fellow American Jenna Prandini also advanced.

The big names, however, will be more than aware of the potential threat of Namibian 18-year-olds Beatrice Masilingi and Christine Mboma.

The duo had to make a last-minute shift to the 200m after tests of their heightened testosterone levels last month meant they were ruled ineligible to compete in distances between 400m and the mile under World Athletics regulations.

Still feeling their way in the shorter event, they looked impressive as Masilingi posted a personal best of 22.63 behind Fraser-Pryce and Mboma recovered from a terrible start to run down Thomas and win her heat in 22.11, the fastest time of the day.

Britain's world champion Dina Asher-Smith was absent after a hamstring injury forced her to withdraw following the 100m semi-finals.

The semi-finals take place later on Monday with the final on Tuesday. 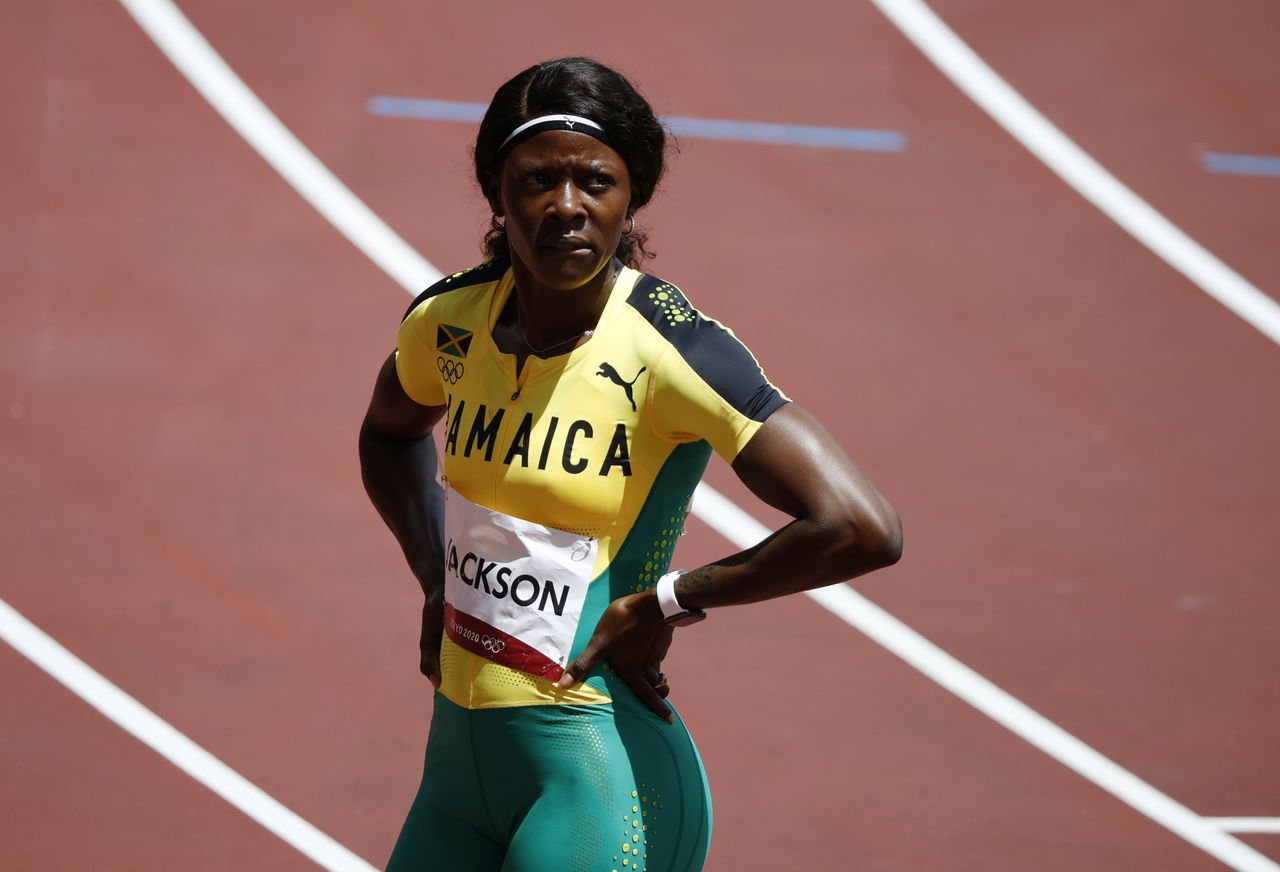 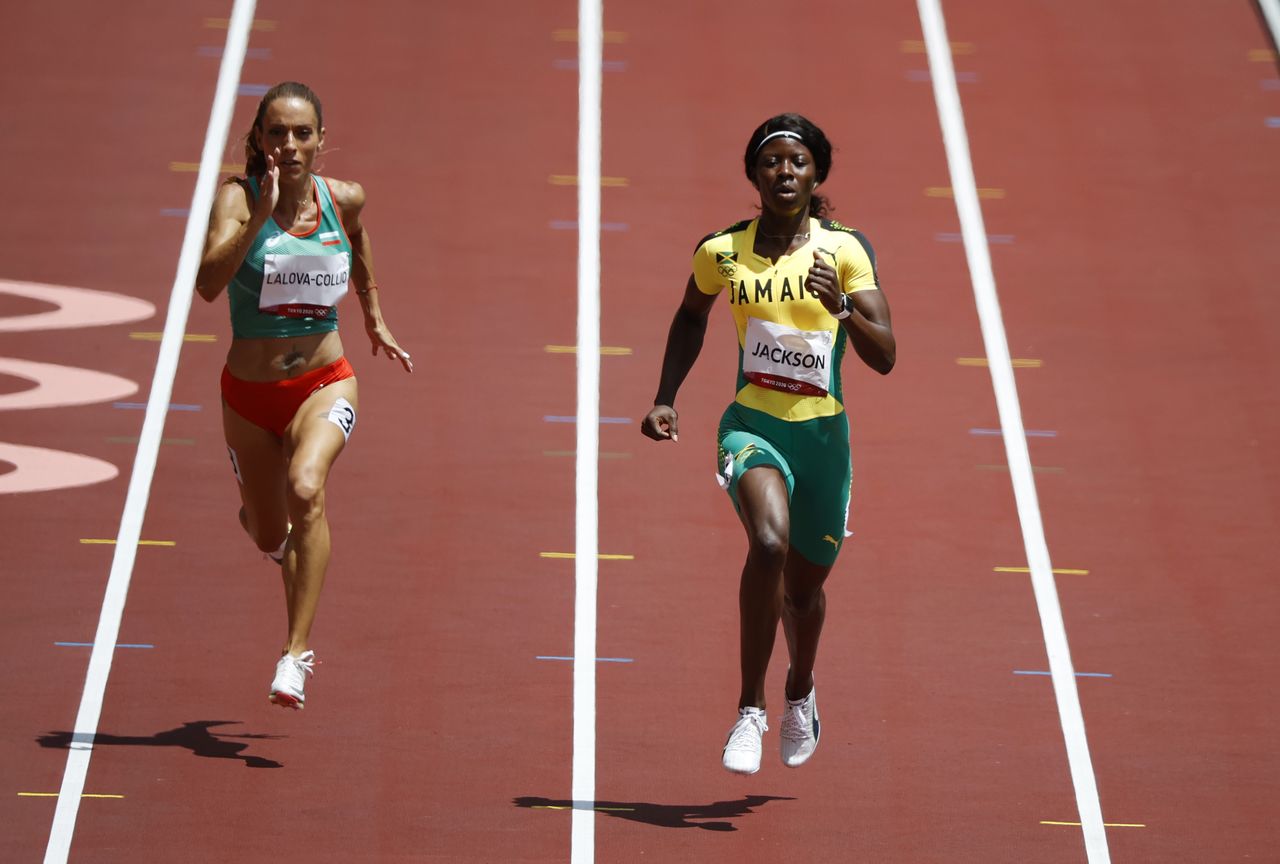 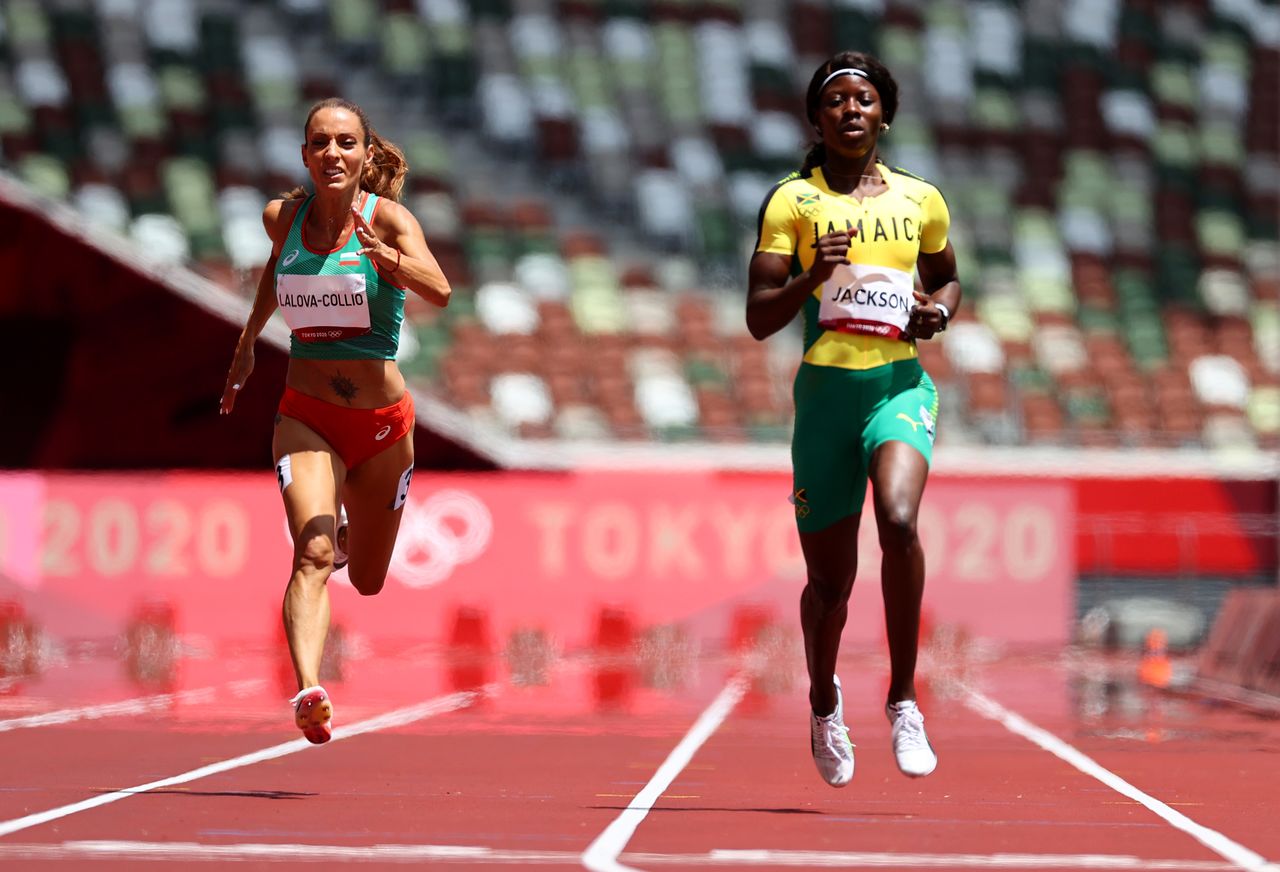