IZU, Japan (Reuters) -Germany fired the opening salvo in the battle for women's team pursuit gold with a massive world record in qualifying as the Olympic track cycling programme began on Monday.

The German quartet of Franziska Brausse, Lisa Brennauer, Lisa Klein and Mieke Kroeger completed 16 laps of the Izu track in 4:07.307 to smash by nearly three seconds the record set by Britain when they won gold at the Rio Olympics.

"Well, in training we saw that the track is pretty fast and that our shape is good and we are pretty harmonic together and so we aimed for it (the world record)," Kroeger told reporters.

Britain, whose previous mark had been the 4:10.236 they clocked to beat the United States in the 2016 final, were the last team to go and looked set to claim back bragging rights when they were a full second ahead on the split times. But they faded badly in the final few laps to finish in 4:09.022.

That put the British squad, led by four-times Olympic gold medallist Laura Kenny, in second place in the standings and they will now face the United States in Tuesday's semi-final after the U.S. team also broke the old world record with 4:10.118.

Germany's stunning effort means there can be no repeat of the finals of 2012 and 2016 when Britain beat the U.S.

The Germans will ride off against fourth-quickest Italy for a place in the final but their rider Lisa Klein said she felt Britain would step up and could go faster.

"I think they didn't hit the perfect run today but they will. I think they will for sure be there tomorrow and it's going to be a super hard battle," she said.

Britain's Elinor Barker took encouragement from the fact that they were so far ahead on the clock but suggested the pacing was a little off over the 4km distance.

"We maybe came out a little too strong and paid for that slightly towards the back end."

Team mate Josie Knight added: "We gave a good ride, but I think we've got more in the tank." 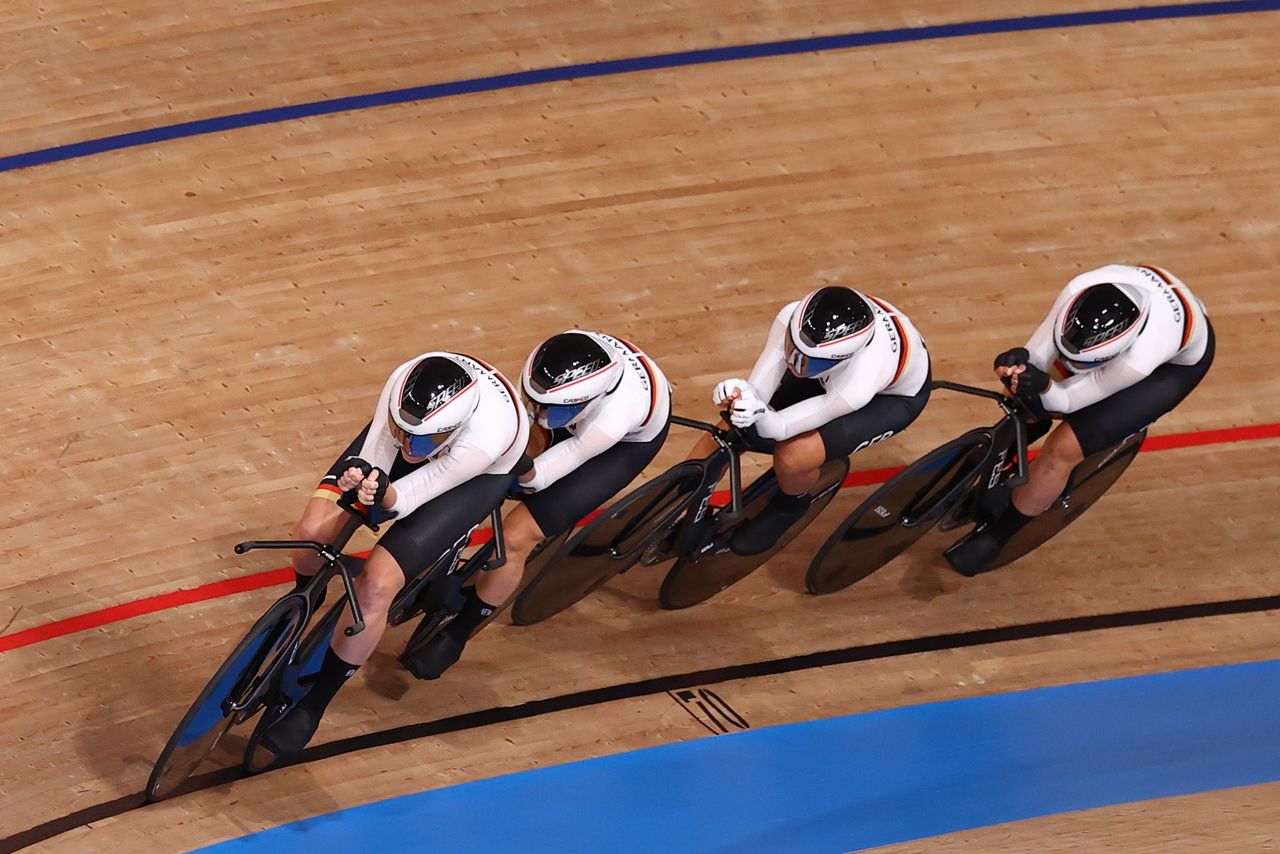 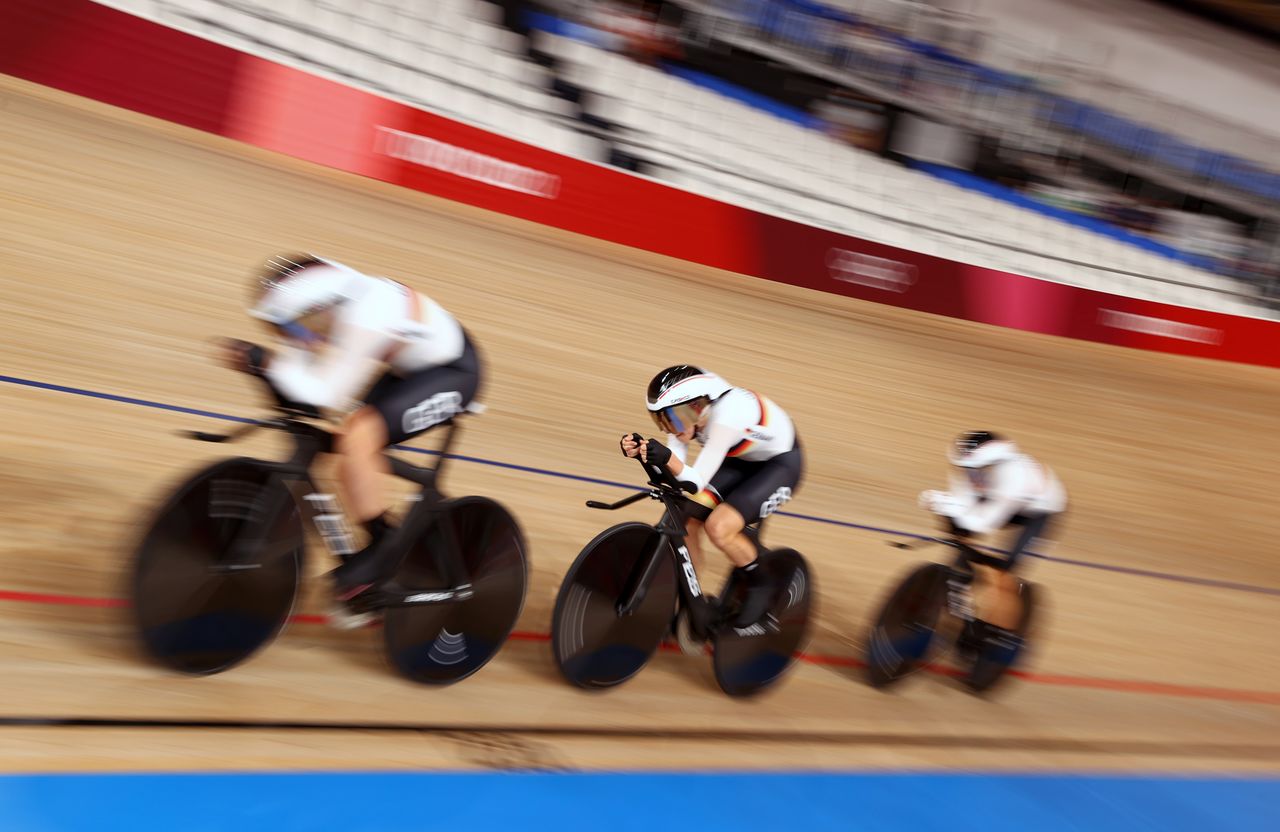 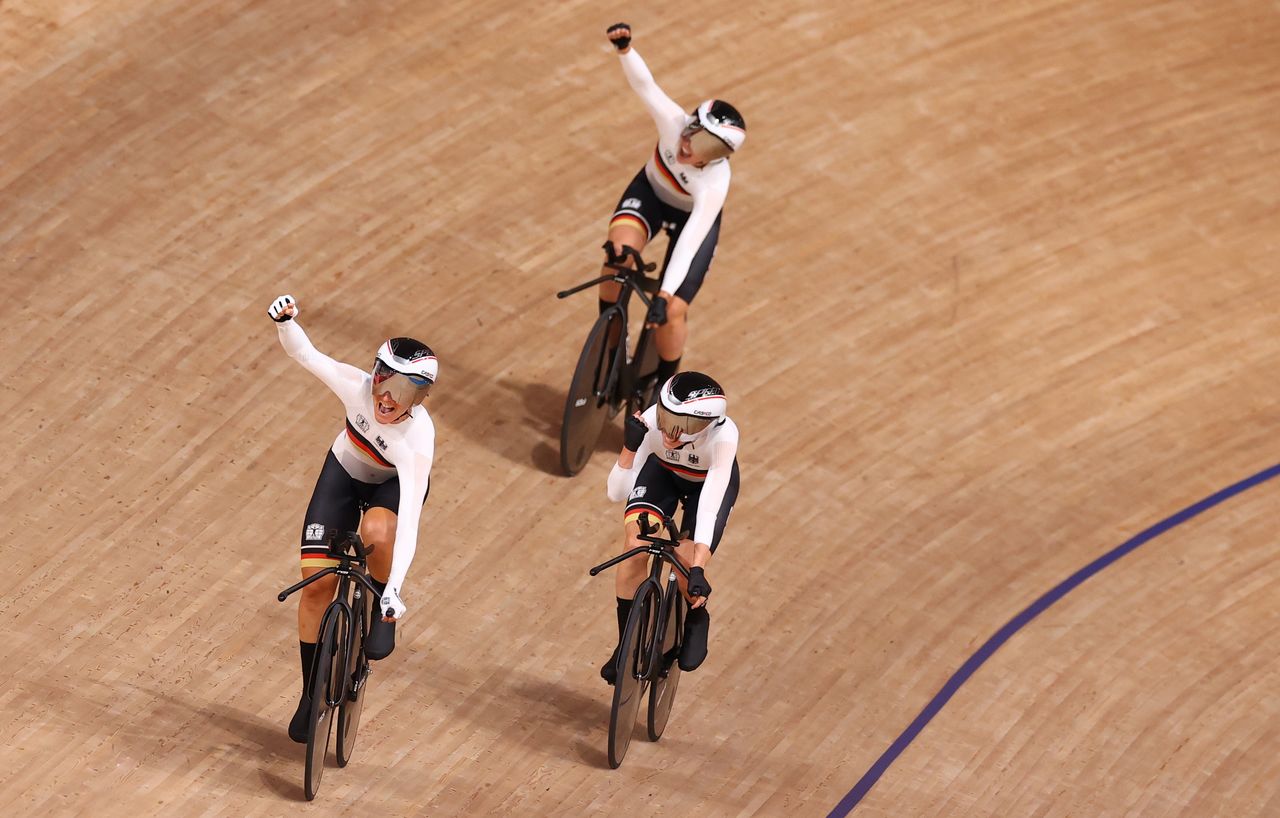