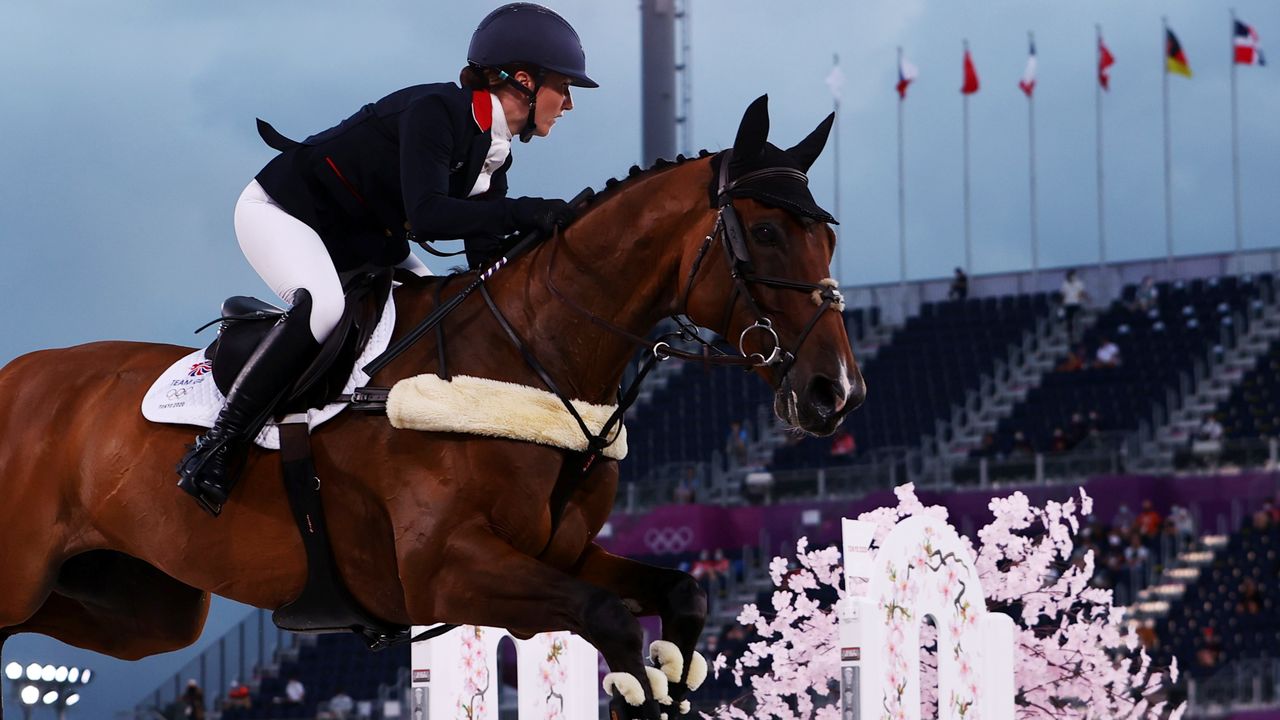 British riders had won eventing team silver at the Olympics in Los Angeles, Seoul, Sydney, Athens and London, and bronze in Beijing.

Collett almost died in a fall in 2013 when she fractured her spine, shoulder and ribs and spent six days in a coma, surviving because the now 31-year-old was wearing an airbag jacket which inflated.

“I think back to where I was eight years ago, I knew I was lucky to be alive, let alone able to do the job that I love and be lucky enough to have a horse like London 52 to bring me to a place like Tokyo,” she said.

“To top it off with a gold medal, I’m just super grateful to be on a team with these two guys.”

Germany’s Michael Jung, winner of the individual gold in Rio and London, picked up penalty points on the cross-country course on Sunday, spelling the end of his medals dreams in Tokyo.

Monday marked the culmination of eventing, also known as horse triathlon, with its three tests of dressage, cross-country and show jumping. Men and women in equestrian sports compete on equal terms in the same tests, often beyond the age of 50.

Australia’s Hoy, 62, who took part in his first Olympics in 1984 and won team gold in 1992, was asked whether it was experience that had taken his team to the podium.