Olympics-Weightlifting-China matches record with seven golds at one Games

TOKYO (Reuters) -China won its sixth and seventh gold medals in weightlifting on Monday, matching Russia's record from the 1976 Games, as Li Wenwen and Wang Zhouyu triumphed in the women's heaviest weight categories at Tokyo 2020.

The 21-year-old Li had a dominant lead in the +87kg event, lifting 320kg in total to set an Olympic record, while Wang won the women's 87kg class with a combined weight of 270kg.

Although Li failed to break her own world record of 335kg set earlier this year, no lifters were able to compete with her in the clean and jerk, where she became the last lifter to make three consecutive lifts.

“I would like to thank my coach to help me achieve the gold medal dream here," Li said through an interpreter. "I can’t imagine I made such an achievement.”

"She is in a league of her own. I'm just pushing myself," Robles said referring to Li. Robles won U.S.'s second medal for the sport at the Tokyo Games after Katherine Nye's silver in the 76kg class.

New Zealand's Laurel Hubbard, the first openly transgender athlete at an Olympic Games, competed in this division. She failed at all three snatch attempts.

Wang was not fully satisfied with her performance.

"I wanted to lift 10 kilograms more," Wang told reporters through an interpreter. "I lost to myself in this competition."

Asked about China's dominance in gold medals in the weight lifting event in Tokyo, Wang said her team always tried to show the power of their country.

"We become stronger by competing together," she said.

Wang led after completing a lift of 120kg at her third attempt in the snatch following an unexpected failure at 115kg on her first attempt.

In the clean and jerk, she failed in a bid to lift 160kg to break her record set at the 2019 world championships. 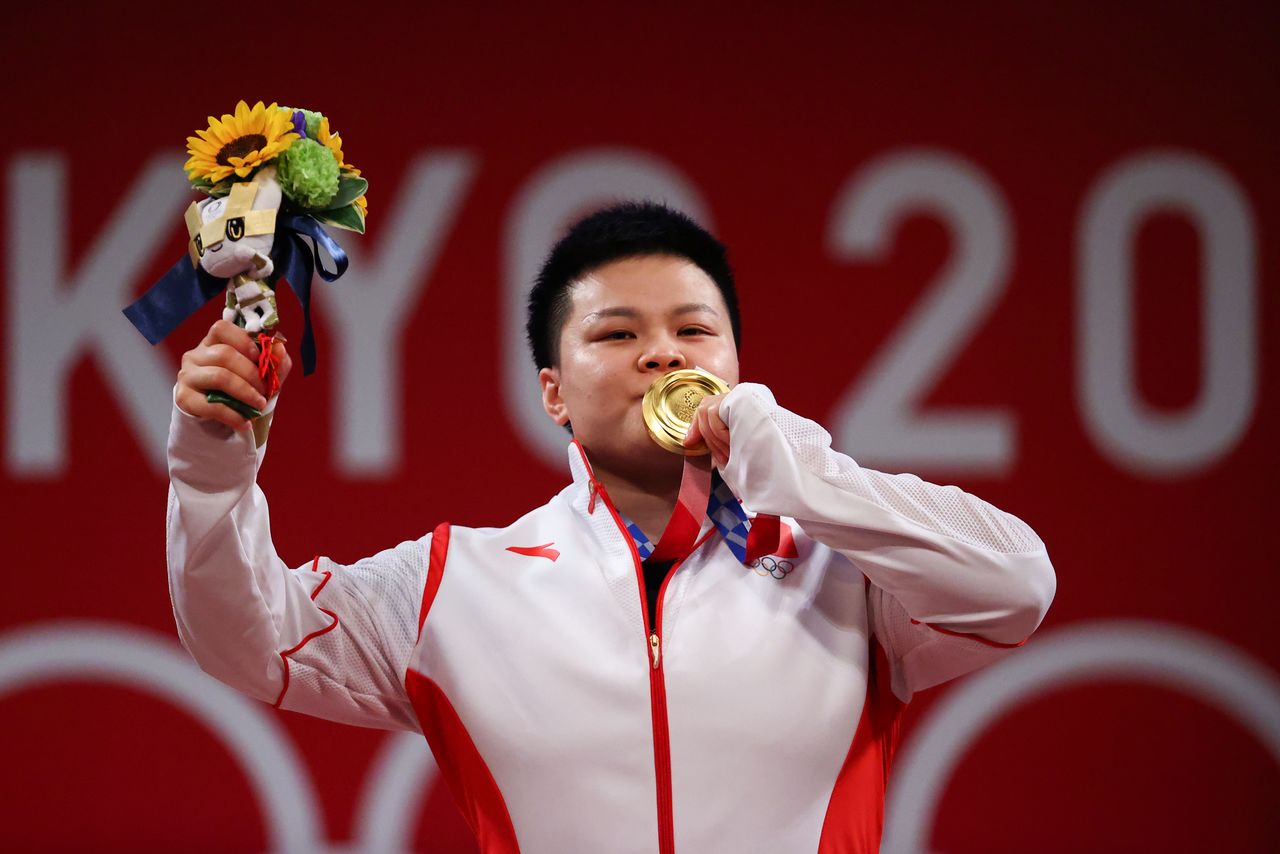 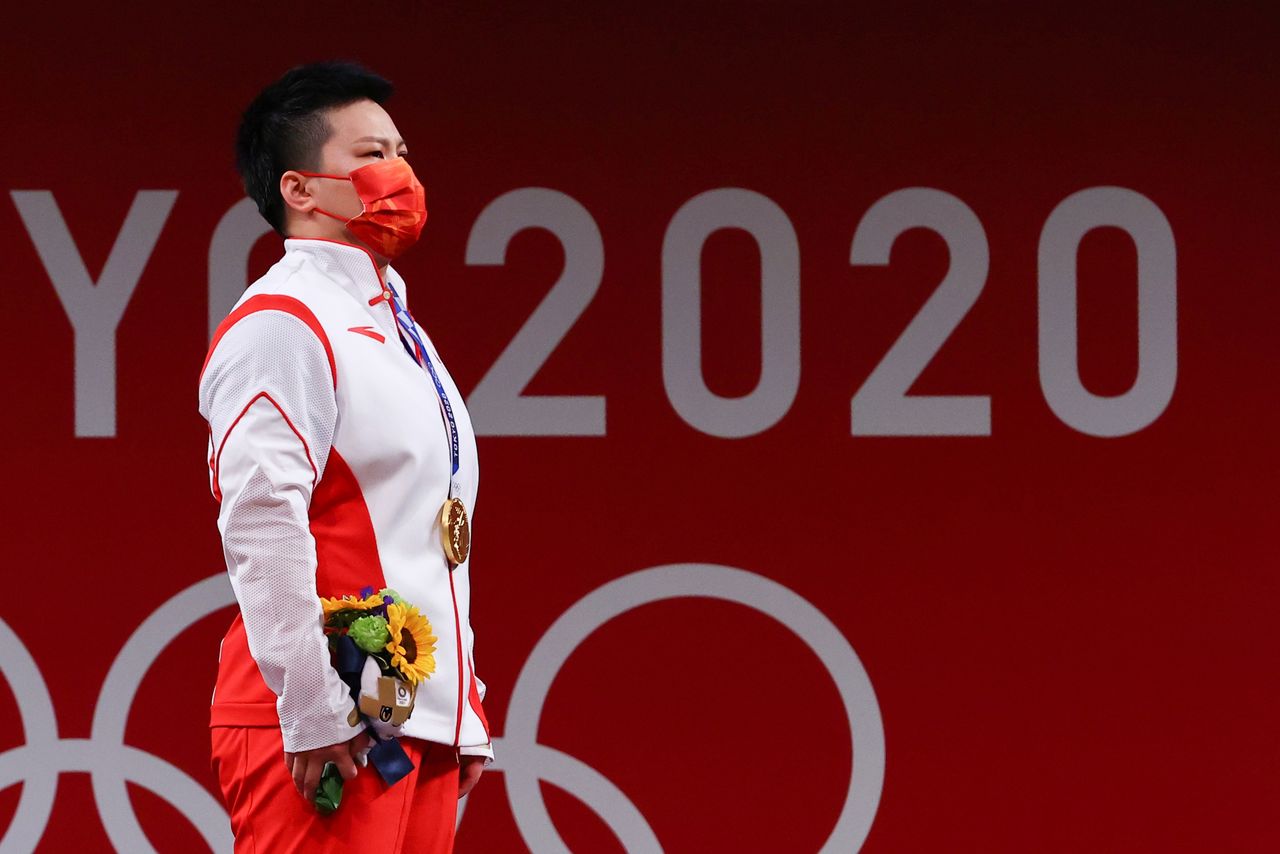