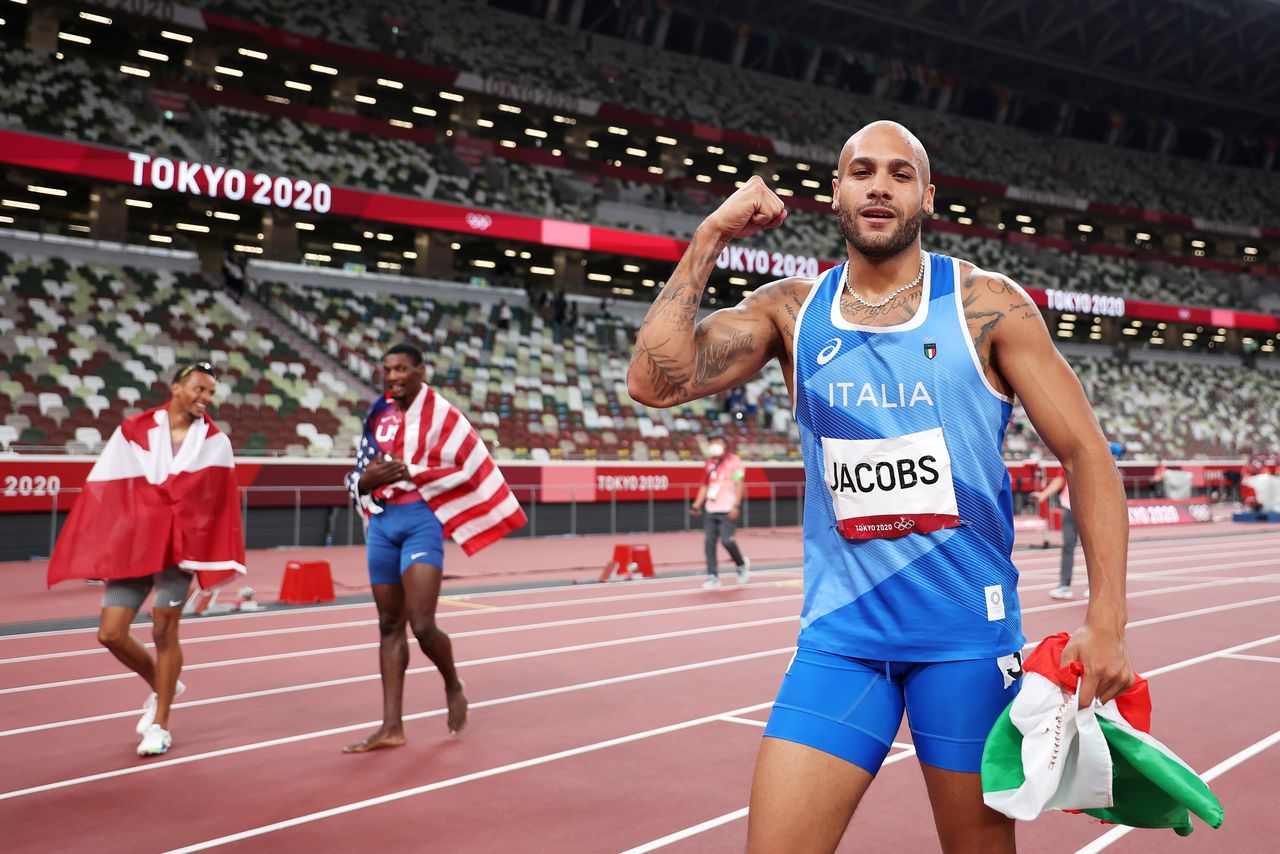 Jacobs secured a surprise victory with a European record time of 9.80 seconds, becoming the first winner of the post-Usain Bolt era and the first European Olympic men's 100 meters champion since Britain’s Linford Christie in 1992.

It was a stunning run from the 26-year-old underdog, who was born in the United States to an American father and Italian mother.

"I was born in Texas, but I stayed there for six months before my parents separated and I came to Italy. Italy is my country," Jacobs told Gazzetta dello Sport.

"I did not hear from my father again until one year ago, when I decided to work with a mental coach. She told me that to run fast I would need to reconnect with the father I had never known.

"The reconciliation gave me something more, which has helped me in the last few days. But I have never met him in person, we write to each other and talk."

The former long jumper had never run under 10 seconds until this year, but exploded out of the blocks to come out on top in an open field.

"I changed mentality and took advantage of my team, that was the turnaround in the last few months," Jacobs said.

"I knew I could improve with my start. Then I asked my body for one last effort: ‘please, let’s do one last run and then we can rest’.

"I knew I was in great shape coming here. There was no favourite, so I thought when I looked at the others: why not try it, what more do they have than me?”

It completed a remarkable turnaround for Tamberi, who broke his ankle days before the 2016 Olympics in Rio de Janeiro, and the Italian was the first person to embrace Jacobs at the finish line.

"I know his story, I know what he had to go through to get here, I have also been through a lot, many blows, I took them from all sides," Jacobs said.

"It takes a thousand defeats to win, you need to know how to lose with class in order to get up again."