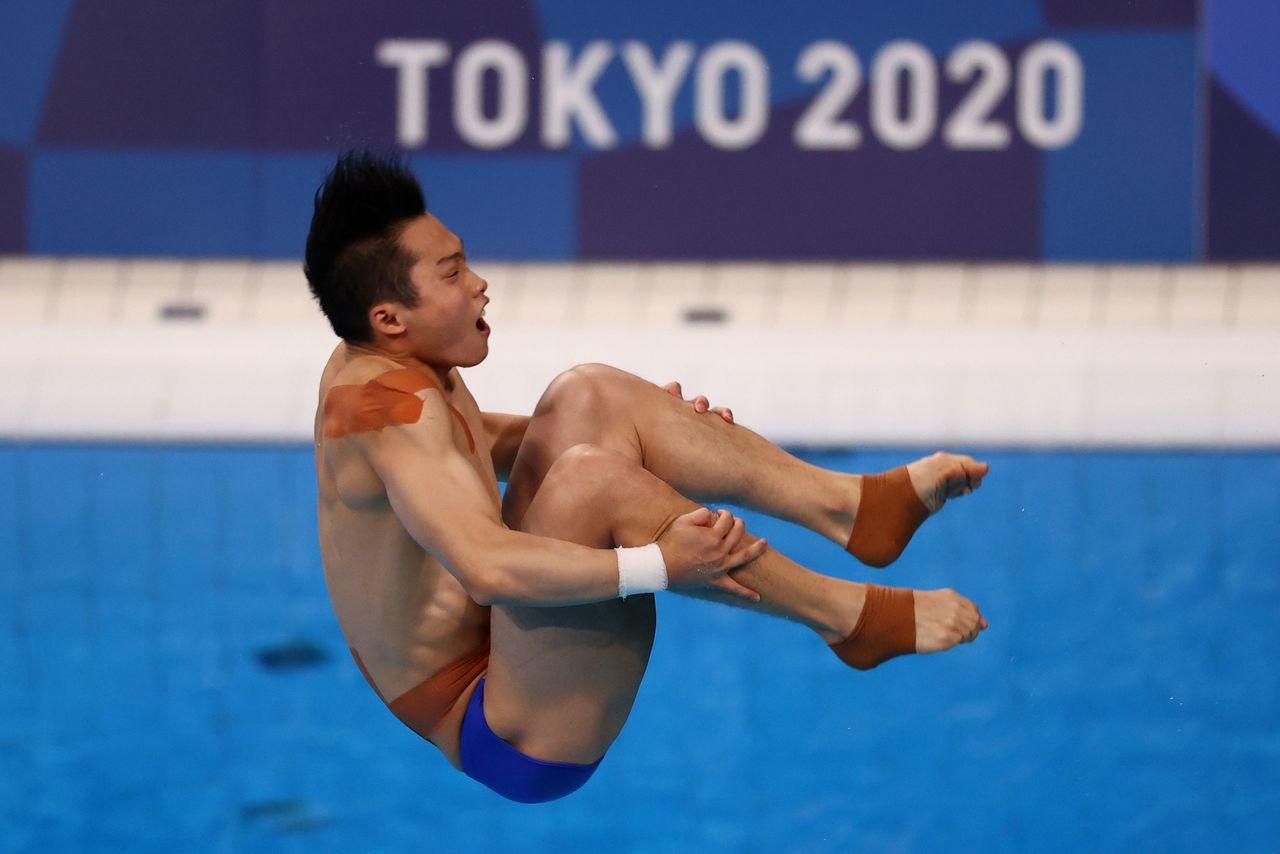 By Yuki Nitta and Rozanna Latiff

The 19-year-old Wang ended the first round in third, but a near-perfect second dive saw him surge him past his rivals and he never gave up his position atop the leaderboard, finishing with 531.30 points.

Wang's compatriot, world champion Xie Siyi, came in second with 520.90, while Rommel Pacheco Marrufo of Mexico rounded off the top three contenders going into the semi-final round.

Wang and Xie won the gold medal in the synchronised event last week, with the teenager aiming to become the first male diver since 2000 to win both disciplines.

Hausding, a bronze medallist in the 3m springboard at Rio 2016 and in the synchronised event at Tokyo, with Lars Ruediger, was penalised for a false start on his third dive and failed to recover despite a stunning fifth attempt netting 91.20 on the scoreboard.

A mediocre sixth dive landed Hausding, who carried the German flag at the Games' opening ceremony, at 21st in the rankings, putting an end to his Olympic campaign.

"The performance today was really unsatisfying. I can't explain it. I was feeling very good, I was not nervous at all, at least not until I failed the first time. I'm missing the words," the 32-year-old said.

"I've barely dealt with such a competition like that in my career. And so I don't know what to say. I'm just sad."

Hausding's compatriot Martin Wolfram, however, qualified by taking the eighth spot in the rankings.

Laugher, a twice an Olympic medallist, said he was relieved to qualify for the next round after a challenging lead-up to the Games.

“You see a lot of good divers and experienced divers crashing out this afternoon and you’ve seen it all over the Olympic," he said.

“It’s been a very strange year, very little preparation time leading into this Olympic Games with a lot of pressure from a lot of places.

“So I’m really happy to make it through and hopefully I’ll continue the ok form leading into tomorrow and give it my best shot in the final.”

Twenty-nine divers from 20 countries including the Russian Olympic Committee (ROC) took part in the preliminary competition.

The event will resume with the men's semi-finals on Tuesday when the top 12 divers will advance to the finals.