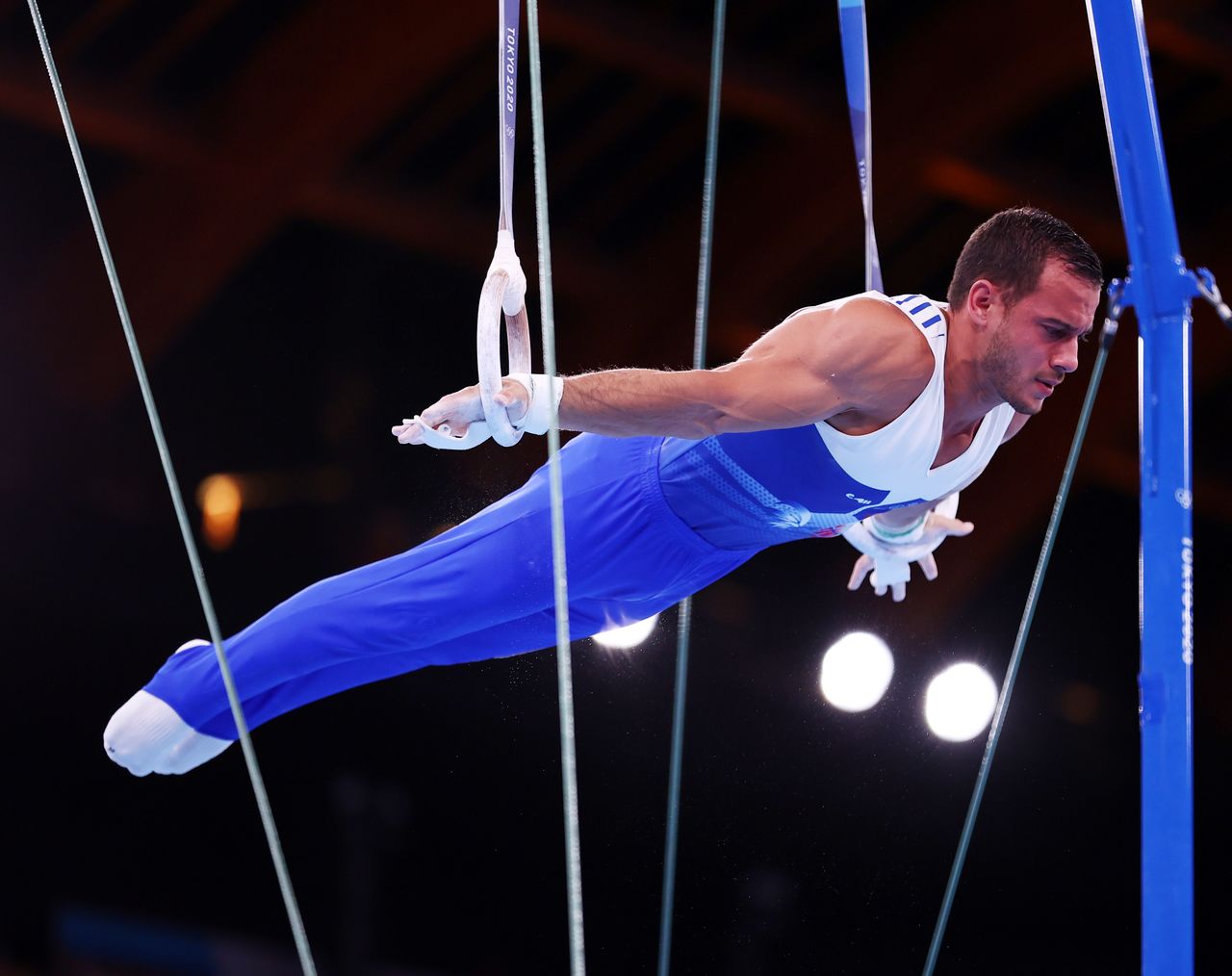 TOKYO (Reuters) - Nobody could blame French gymnast Samir Ait Said for feeling that the Olympics Games are cursed for him.

Forced by a triple leg fracture to sit out the 2012 London Games, which he watched as a spectator, he was heading for redemption in Rio 2016 when a gruesome crash during a vault snapped both bones in his lower leg, leaving it looking "like rubber".

Recovery from that took months, but Ait Said, now 31, eventually came to Tokyo as one of France's flag-bearers in the opening ceremony, determined to take a medal home from the rings competition - a promise to the memory of his father, who died in 2019.

An even greater incentive was his baby daughter, born in March. He even brought one of her blankets with him to spur him on, and for luck.

But then a biceps injury struck. For days, he couldn't train. Even his coach wanted him to sit it out, he told reporters after taking part in the competition.

"My coach asked me not to participate because of my injury, but I answered 'Never' because I knew I wanted to try. I couldn't train because of the injury, it was very difficult because of the pain."

With his arm heavily taped, he took part - and finished fourth, just 0.300 points off the podium.

"I'm sad," he told reporters. "Fourth is not a very good place."

Asked if the Olympics weren't cursed for him, he vowed to press onward. The 2024 Summer Games are in Paris.