Olympics-Jacobs made peace with troubled childhood to strike gold 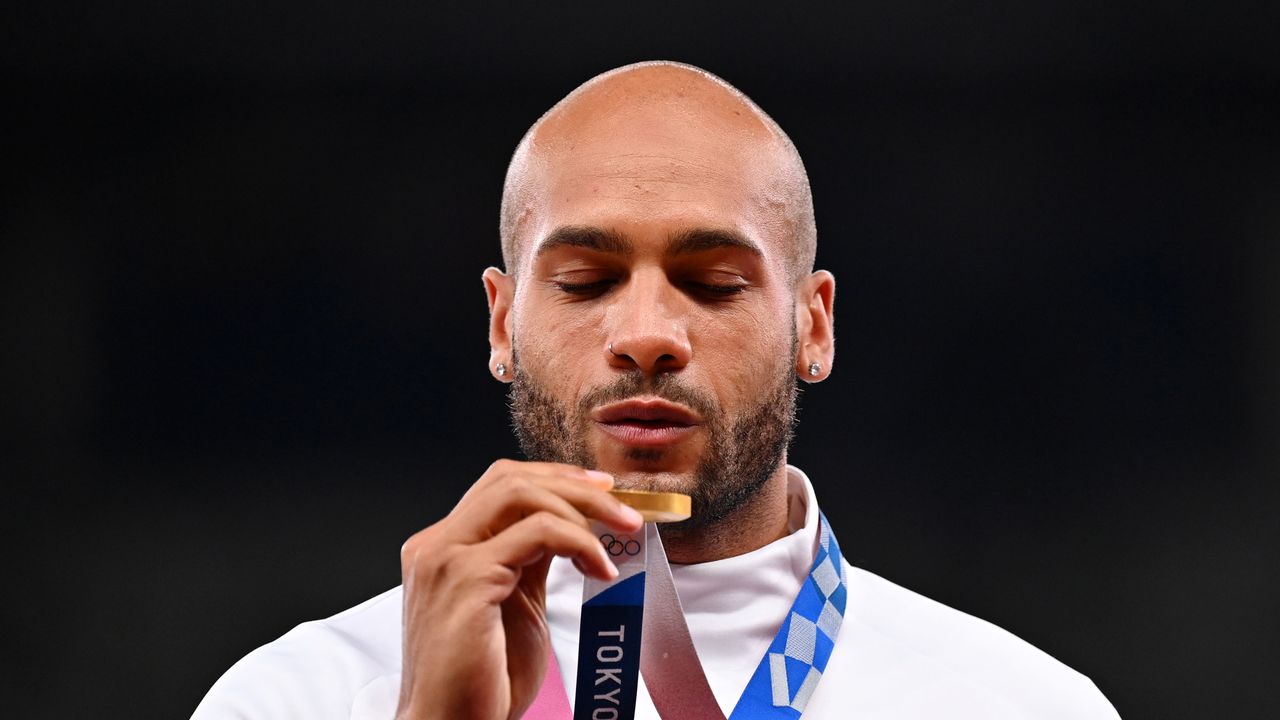 By Elvira Pollina and Gavin Jones

ROME (Reuters) - Interviewed after his shock Olympic sprint triumph, Italy's Marcell Jacobs thanked his mental coach, and it was not the first time he had indicated that overcoming mind blocks was crucial in his path towards victory.

Jacobs, 26, who won the men's 100 metres final in Tokyo on Sunday to become the first Italian to take the most coveted title in athletics, was almost unknown in Italy before his gold medal, having made dramatic but little-noticed progress over recent months.

In an online article written after winning the European indoor 60 metres title in Poland in March, Jacobs revealed the inner turmoil that had been holding him back, connected with growing up without a father as a mixed-race boy in Italy.

He was born in the United States to an Italian mother and a U.S. serviceman father and brought up by his mother in northern Italy after his parents separated when he was a baby.

"As a child I was always different from the others," Jacobs wrote in the long article. "Mixed-race ... the son of separated parents whose father simply wasn't there."

In his childhood, Jacobs built up the figure of his father to explain his absence to himself and others.

"An ex-Marine, in the war, whose heroic acts forced him to be on other side of the world, that was the version I preferred," he wrote.

This upbringing generated insecurities that made him seek excuses for his failings rather than throw himself fully into seeking success. He became known as "the one that something strange always happened to before the starting gun".

"A stomach pain, muscle cramps, dizziness, anything ... finding something that prevented me doing the time I could have done made the disappointment less bitter, because, in the end, it wasn't my fault," he wrote.

All this began to change around the time of the COVID-19 lockdown 18-months ago.

The lockdown, and all the vulnerabilities it created everywhere, "pushed me to make peace with my past", Jacobs wrote. "I am who I am, including my mistakes and shortcomings, and being faced with the fragility of life woke something deep inside me."

The rest was history. With the help of his mental coach, Nicoletta Romanazzi who has been working with him for a year, Jacobs never looked back.

"I understood from the start that it would be important for him to resolve the relationship with his father ... this unblocked him, he gained self-confidence," Romanazzi told Gazzetta dello Sport on Sunday.

Jacobs knew when he lined up for the race at the indoor championships in Torun, Poland, he was a different person.

"I didn't feel hot or cold, pressure or rush, just the desire to run fast, to enjoy myself and achieve something great," he wrote.

Five months later, the world found out just how great he had become.