IZU (Reuters) - Australian track cyclist Alexander Porter had a lucky escape when his handlebars failed while he was riding at 60kph in the qualifying round at the Olympics on Monday.

The Australian quartet looked set for a fast time before Porter crashed heavily after the mechanical failure.

Porter looked shaken and suffered cuts and track burns but was assessed and allowed to ride again as Australia were allowed a re-run under the UCI's 'mishap' rules.

"It was a mechanical failure, we are not too sure what happened yet, it was something wrong with the bars," performance director Simon Jones told reporters.

"But the real story is that when you land on your face at 65kph and you've got half an hour to do that again it's absolutely amazing. I mean talk about the Australian fighting spirit. I'm almost speechless to be honest.

"The doc checked him over and we don't have any immediate concerns. He sort of slid on his face and he's not quite as pretty as he was before. He took off skin but he's really very lucky. He got some burns but we'll check on him tonight."

Remarkably the Australians then went out and became the fifth team on the day to break the old Olympic record but it was only the fifth-fastest time which means they cannot ride for gold on Tuesday, with a bronze their best bet.

"We did a pretty good time considering we crashed," Jones said. "Normally when you go again after a mishap like that the team pursuit is so explosive that it's not going to be good.

"But they still did an amazing time, although fifth's not what we wanted." 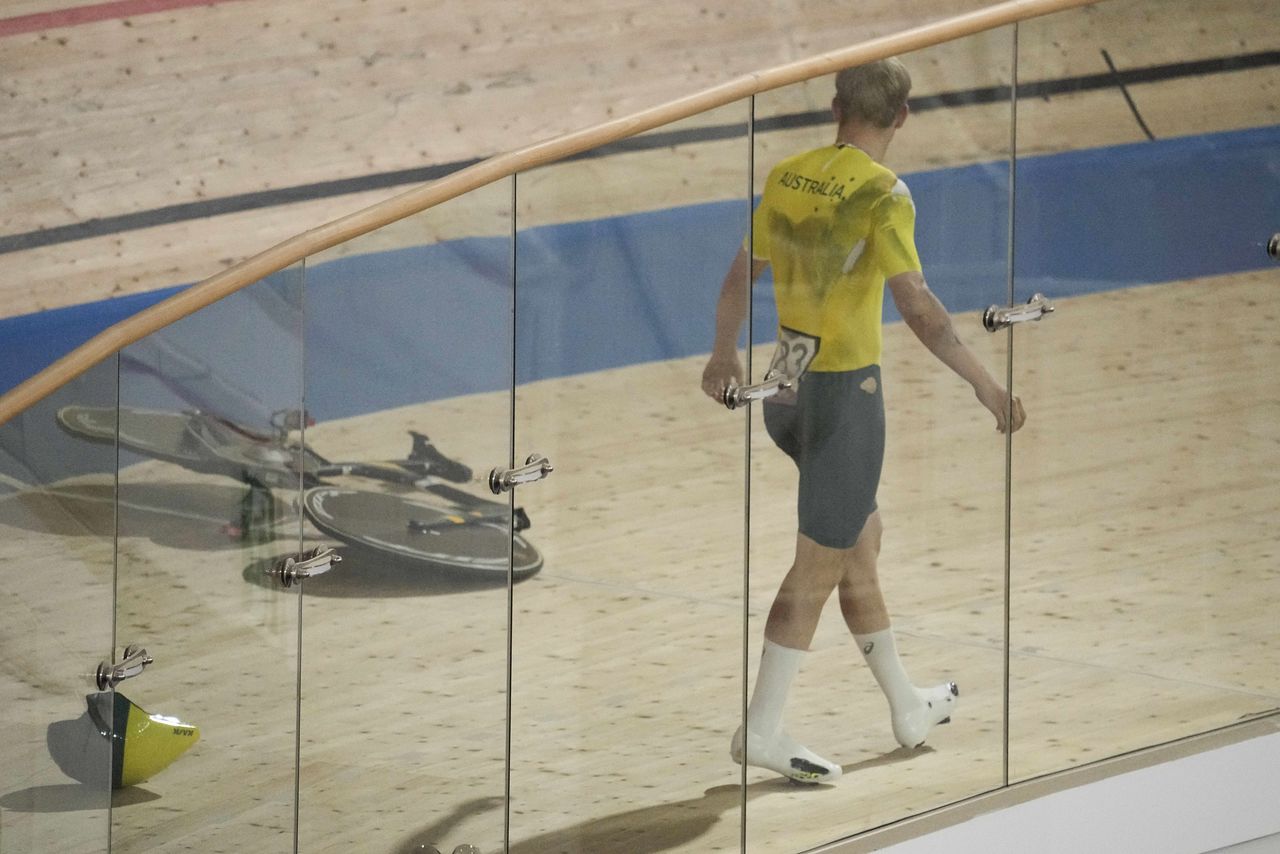 Aug 2, 2021; Tokyo, Japan; Alexander Porter (AUS) crashes in the men's team pursuit qualifying when his handlebars broke off the frame of the his bicycle during the Tokyo 2020 Olympic Summer Games at Izu Velodrome. Mandatory Credit: Andrew P. Scott-USA TODAY Sports 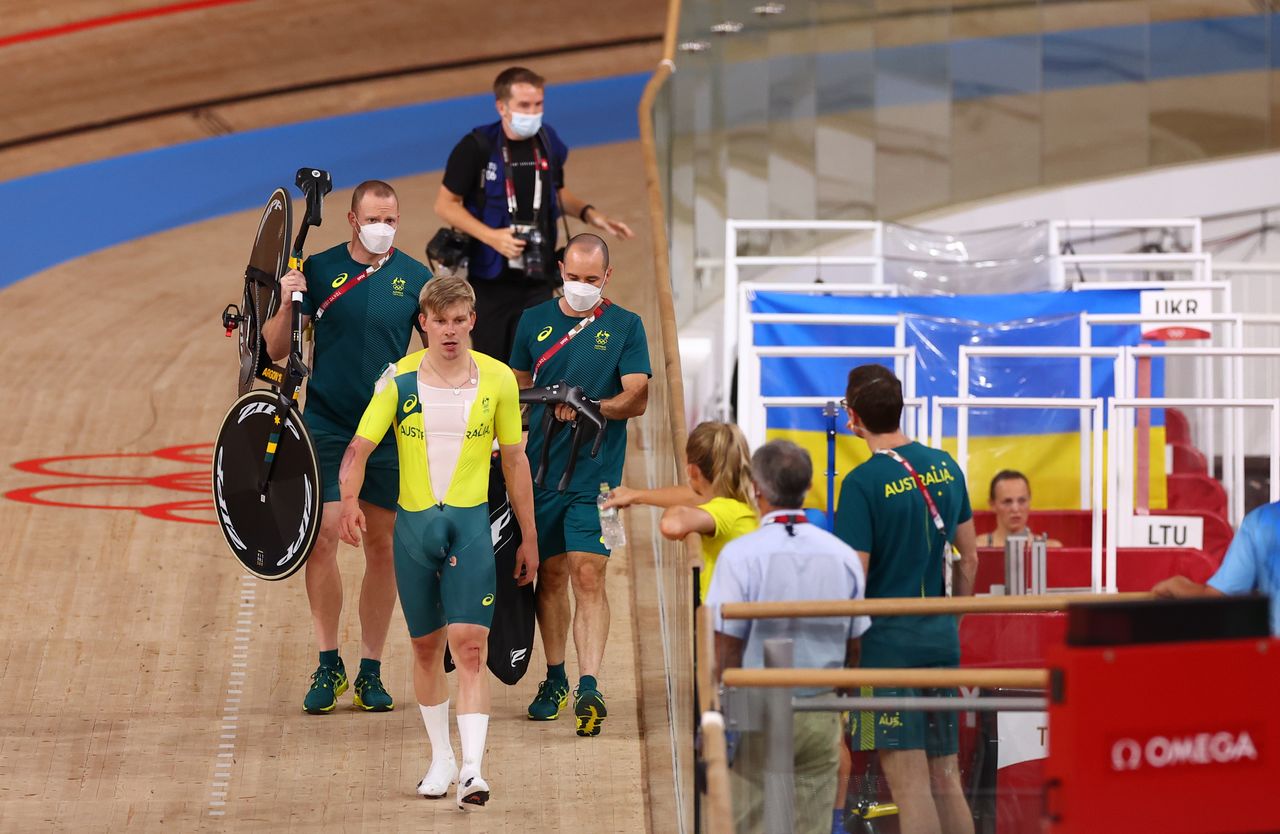