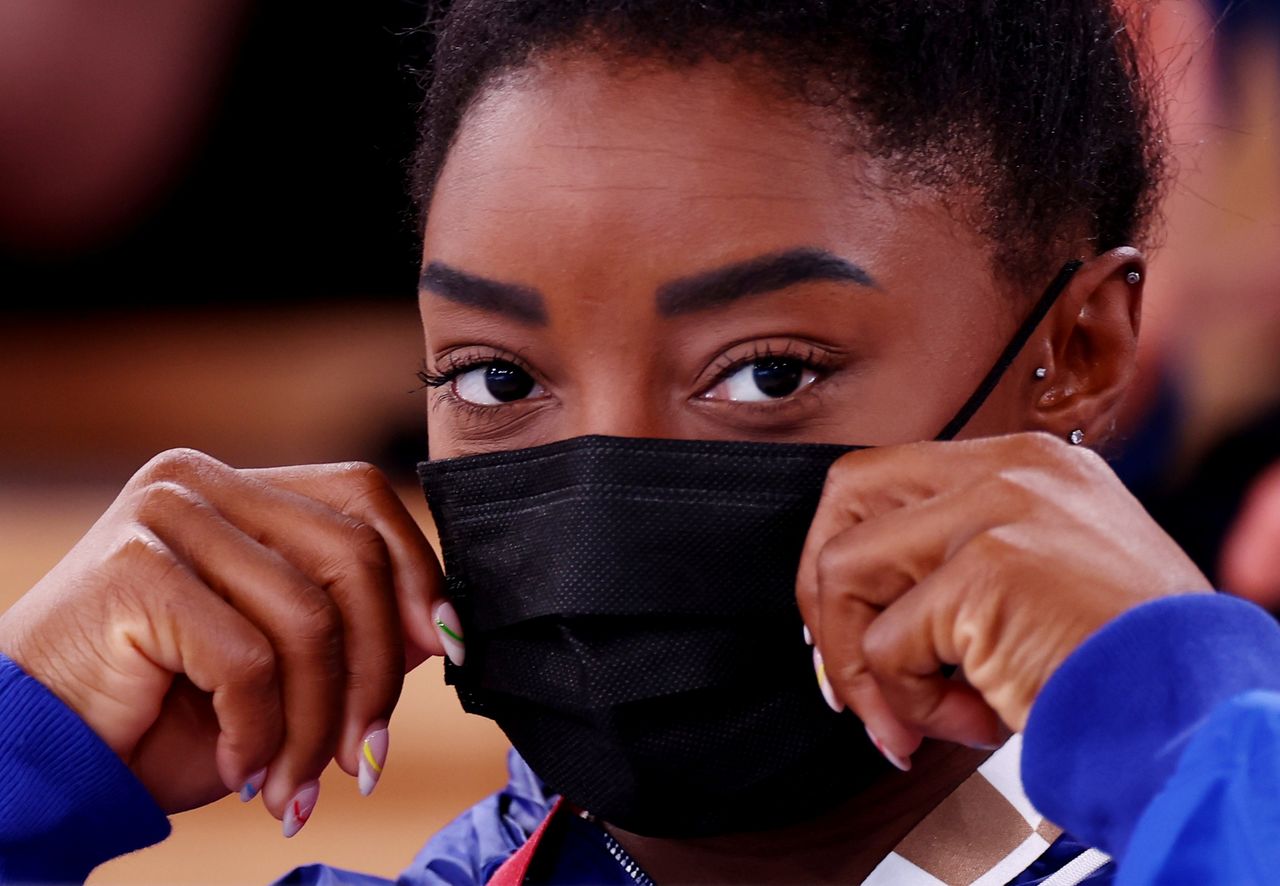 (Reuters) - Simone Biles likely hit the "reset" button and got back to basics before feeling ready to return to action at the Tokyo Olympics where she took a pause to focus on her mental health, a sports psychologist said on Monday.

Biles sent a shock through the Olympics when she withdrew from last week's team competition in Tokyo due to what she described as a case of the "twisties," where gymnasts are disoriented during their gravity-defying sequences.

The 24-year-old American, whose decision came after she had trouble with the dismount on her vault, then withdrew from the other four individual finals she qualified for but will defend her gold medal in Tuesday's balance beam final.

Dr Hillary Cauthen, an executive board member at the Association of Applied Sport Psychology, said Biles likely spent much of the last week leaning on various tools like mental preparation, breath control and self talk.

"She probably needed to work through slowing things down, adding relaxation into her work effort, regaining confidence in herself and having it be her choice to feel physically, mentally and emotionally prepared," Cauthen told Reuters.

"These are things she was probably already doing but it just got the best of her in a high-pressure situation and high emotional state so it's kind of like hitting the reset button."

Cauthen also said Biles, who for years appeared invincible as she collected a combined 31 world and Olympic medals during her career, also likely spent time doing sequences that were less difficult in a bid to build up her confidence.

Biles was expected to be one of the headliners of the Tokyo Games in a bid for six gold medals that would have made her the most successful woman Olympian of all-time across every sport.

Biles said it had usually taken her around two weeks to get over the twisties in the past and her decision to return so soon is a testament to her fortitude.

"This shows that she is definitely a strong athlete," Cauthen said about Biles's decision to not only take herself out of competition but return so soon on the world's biggest stage.

"She knows herself well enough of when she needs to pause, reflect, add in different training techniques ... and so she's (likely) just been training her mind and her emotions beyond the physical stuff that we see."