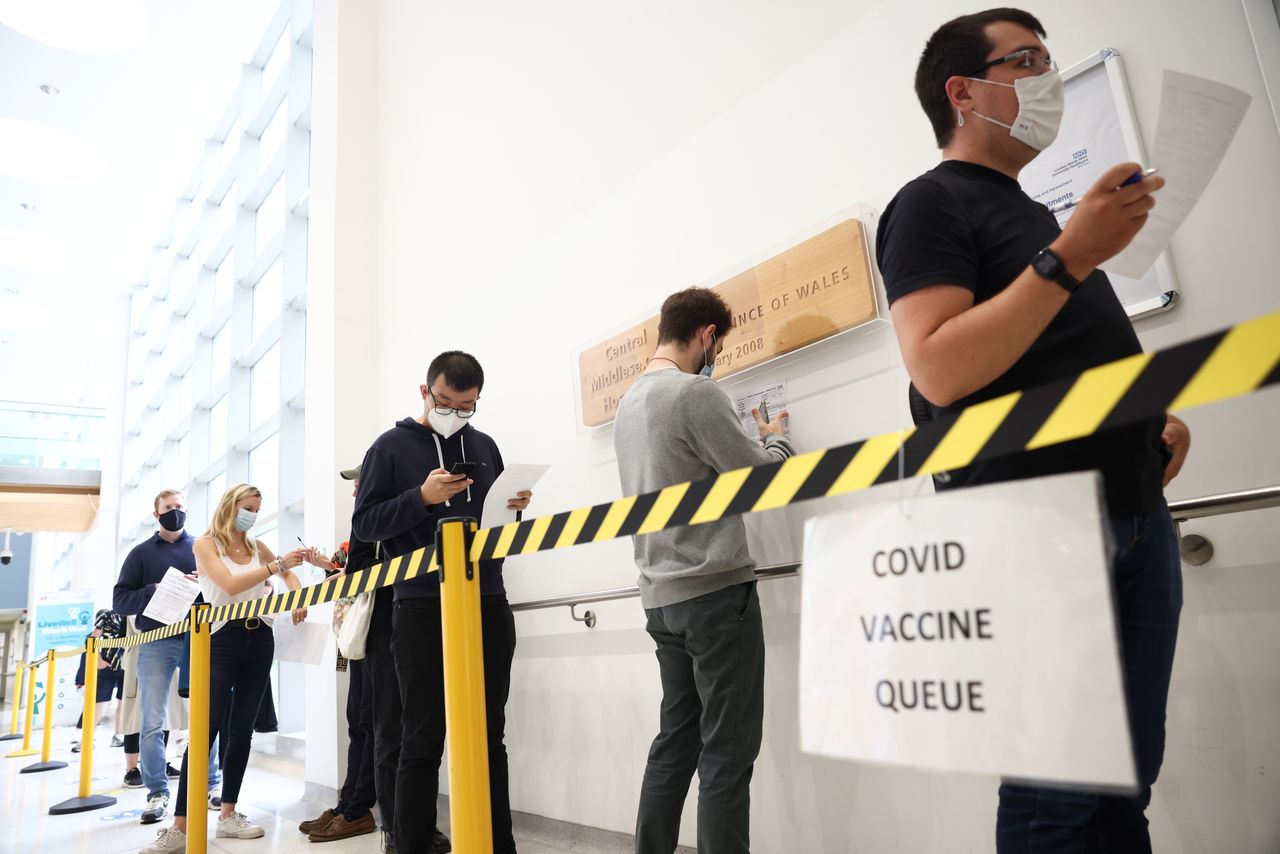 (Reuters) - The following is a roundup of some of the latest scientific studies on the novel coronavirus and efforts to find treatments and vaccines for COVID-19.

Among people infected by the Delta variant of the coronavirus, fully vaccinated people with "breakthrough" infections may be just as likely as unvaccinated people to spread the virus to others, new research suggests. The higher the amount of coronavirus in the nose and throat, the more likely the patient will infect others. In one Wisconsin county, after Delta became predominant, researchers analyzed viral loads on nose-and-throat swab samples obtained when patients were first diagnosed. They found similar viral loads in vaccinated and unvaccinated patients, with levels often high enough to allow shedding of infectious virus. "A key assumption" underlying current regulations aimed at slowing COVID-19 transmission "is that those who are vaccinated are at very low risk of spreading the virus to others," said study coauthor Katarina Grande of Public Health Madison & Dane County in Madison, Wisconsin. The findings, however, indicate "that vaccinated people should take steps to prevent the spread of the COVID-19 virus to others," she added. In a separate study from Singapore, researchers found that while Delta viral loads were similar in vaccinated and unvaccinated patients, the viral loads decreased faster in the vaccinated group. The Wisconsin https://bit.ly/2TRHvnu and Singapore https://bit.ly/3yk70MZ studies were both posted on Saturday on medRxiv ahead of peer review.

The Lambda variant of the coronavirus, first identified in Peru and now spreading in South America, is highly infectious and more resistant to vaccines than the original version of the virus the emerged from Wuhan, China, Japanese researchers have found. In laboratory experiments, they found that three mutations in Lambda's spike protein, known as RSYLTPGD246-253N, 260 L452Q and F490S, help it resist neutralization by vaccine-induced antibodies. Two additional mutations, T76I and L452Q, help make Lambda highly infectious, they found. In a paper posted on Wednesday on bioRxiv https://bit.ly/3fpi5Fn ahead of peer review, the researchers warn that with Lambda being labeled a "Variant of Interest" by the World Health Organization, rather than a "Variant of Concern," people might not realize it is a serious ongoing threat. Although it is not clear yet whether this variant is more dangerous than the Delta now threatening populations in many countries, senior researcher Kei Sato of the University of Tokyo believes "Lambda can be a potential threat to the human society."

Third mRNA dose may boost antibody quantity, but not quality

Among fully vaccinated people who never had COVID-19, getting a third dose of an mRNA vaccine from Pfizer/BioNTech or Moderna would likely increase levels of antibodies, but not antibodies that are better able to neutralize new virus variants, Rockefeller University researchers reported on Thursday on bioRxiv https://bit.ly/3fnbk6Y ahead of peer review. They note that in COVID-19 survivors, the immune system's antibodies evolve during the first year, becoming more potent and better able to resist new variants. In 32 volunteers who never had COVID-19, they found that antibodies induced by mRNA vaccines did evolve between the first and second shots. But five months later, vaccine-induced antibodies were "equivalent" to those seen after the second dose, with "little measurable improvement" in the antibodies' ability to neutralize a broad variety of new variants, said coauthor Michel Nussenzweig. Therefore, he said, giving those individuals a third dose of the same vaccine would likely result in higher levels of antibodies that remain less effective against variants. "At the moment, the vaccine remains protective against serious infection," Nussenzweig said. "Should we learn that efficacy is indeed waning for serious infection, which is not really the case to date," then a booster dose of "whatever is available" might become appropriate, he added. Should an updated vaccine become available that protects against specific variants, "then that would be the choice."

U.S. childcare providers have higher COVID-19 vaccination rates than U.S. adults in general, a new study suggests. Researchers sent surveys in May and June to nearly 45,000 childcare providers and received responses from 48%. Overall, 78% of respondents said they were fully vaccinated, compared with a rate of about 60% in the general U.S. population. Roughly 73% of home-based caregivers said they were vaccinated, compared to nearly 80% of those working in facilities. Rates varied widely by state, from a low of 54% in Wyoming to a high of 89% in Massachusetts. The patterns of relative differences in vaccination rates were similar to what is seen in the general population, the researchers reported on Sunday on medRxiv https://bit.ly/3ihjrUf ahead of peer review, with younger, lower-income and Black or African-Americans reporting the lowest vaccination rates. "Efforts to promote COVID-19 vaccine uptake among childcare providers take on added significance when considering the emergence of the more transmissible Delta variant," the authors said. With young children ineligible for COVID-19 vaccination, "the limiting factor in ensuring an adequate supply of childcare services will be contingent on protecting the personal health of childcare providers," they said.