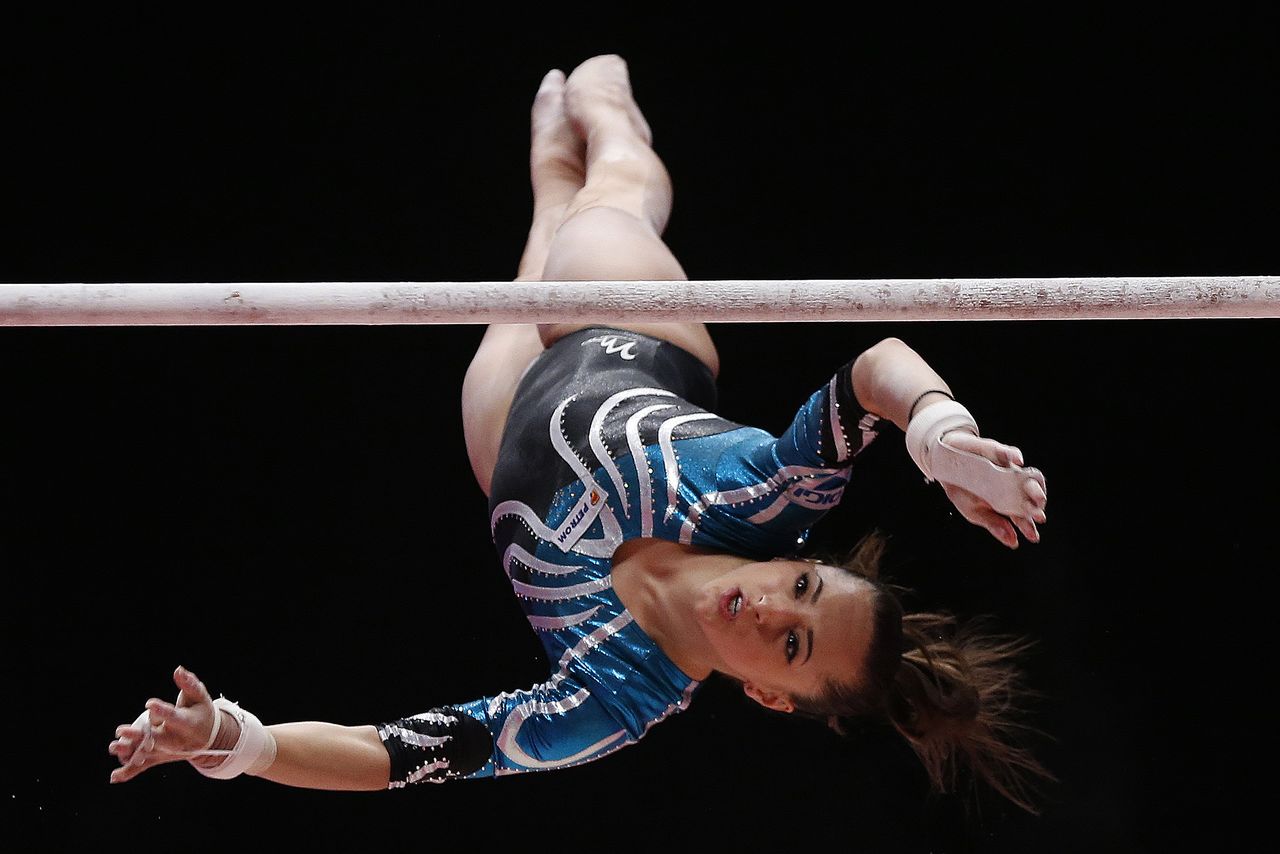 FILE PHOTO: Larisa Andreea Iordache of Romania competes on the uneven bars during the women's all-round final at the World Gymnastics Championships at the Hydro Arena in Glasgow, Scotland, October 29, 2015. REUTERS/Phil Noble

(Reuters) - Larisa Iordache has battled injury, illness and adversity for a final chance to bring home an artistic gymnastics medal for Romania, a former gymnastics powerhouse that failed to qualify a team for the Tokyo 2020 Games.

The 25-year-old is set to appear in Tuesday’s balance beam final alongside U.S. star Simone Biles after coming in fourth during the Olympic qualification round, where her efforts were cut short due to an awkward landing on her dismount.

The injury, which led to her withdrawal from the rest of that competition, is the latest mishap in a long list of incidents that have plagued her career.

A member of the bronze-medal winning Romanian squad at the London 2012 Games, Iordache broke a bone in her hand a month before the final 2016 Rio qualifying event and was named an Olympic alternate. That was despite having won a medal in the all-around at the previous two World Championships.

Iordache then required multiple surgeries and more than a year off full-time training after tearing her Achilles tendon at 2017 Worlds. In October 2020, she had to sit out her planned comeback competition after testing positive for COVID-19.

The Romanian star was successful in her bid to qualify for Tokyo at the 2021 European Championships, her last opportunity. But a severe kidney infection sidelined her from finals including balance beam, where she was the top qualifier, even with a fall.

Iordache’s mother passed away from long-term illness in June, though she is likely to carry the memory of her mother, who she has called her “guardian angel” on Instagram, with her to Tuesday’s final.

If the 16-time European medalist – including five on balance beam – can place in the top three, it will prevent Romanian gymnastics from leaving the games empty-handed, something that prior to 2016 was almost unheard of.

Romania’s gymnastics program first gained fame at the 1976 Montreal Games, where 14-year-old Nadia Comaneci became the first Olympian to earn a perfect 10, captivating the world and inspiring a generation of young gymnasts.

The Romanian women's gymnastics team finished on the podium at every Olympics between 1976 and 2012, including three gold and four silver efforts.

Some former team members have cited factors such as poor coaching decisions and the lack of funding or enthusiasm for gymnastics in the country as reasons for the program's downfall.

On the men’s side, fan-favorite and five-time Olympian Marian Dragulescu, 40, competed his eponymous vault in Tokyo but did not advance to the final.