Olympics-Athletics-Kenya's Cheruiyot advances to 1,500m semis in quest for gold 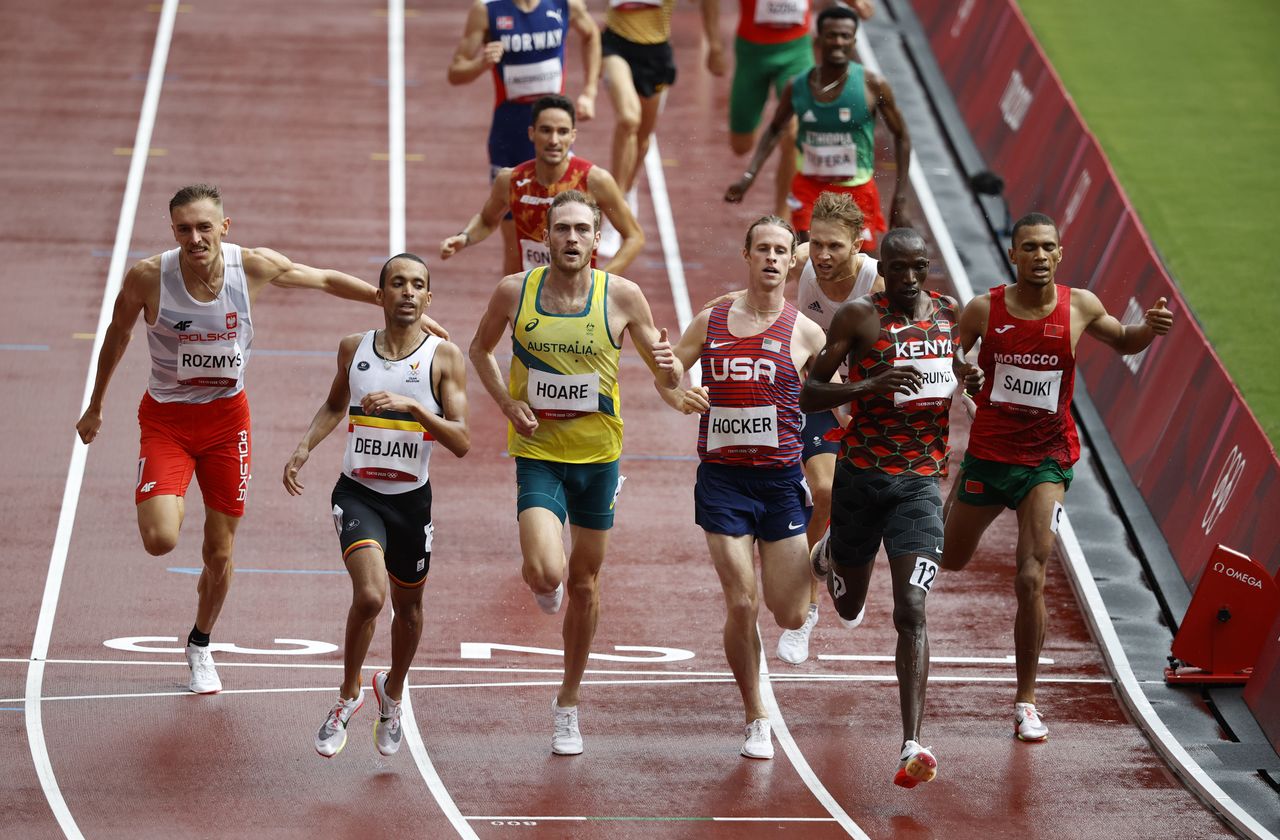 TOKYO (Reuters) - World champion Timothy Cheruiyot of Kenya, a late addition to the Olympic team after initially failing to qualify, advanced to the semi-finals of the men's 1,500 metres in his quest for gold on Tuesday in a wet Olympic Stadium.

Cheruiyot began fast as is typical of the Kenyan and led for the majority of the race, only to ease off slightly at the end to finish second behind Belgium's Ismael Debjani.

The 25-year-old missed the cut to compete in Tokyo after finishing fourth in the Kenyan trials in June and only made the team https://www.reuters.com/article/olympics-2020-ath-cheruiyot-idCNL8N2OX2SB after one of the qualified was dropped for not meeting World Athletics anti-doping testing requirements.

Cheruiyot bounced back impressively, winning the Diamond League meet in Stockholm and following that up with a terrific victory in Monaco in July, recording a world-leading time of 3 minutes and 28.28 seconds.

He will be joined in the semi-finals on Thursday by his compatriot Abel Kipsang, who comfortably won his heat to progress, clocking 3:40.68.

Norway's Jakob Ingebrigtsen, third-fastest this year, kept his hopes for a medal alive after a slightly laboured race where he finished fourth, enough for a place in the next round.

Fresh off winning gold in the Olympic men's 3,000 metres steeplechase on Monday, Morocco's Soufiane El Bakkali was disappointed when he failed to finish his 1,500m heat.

"I celebrated a lot, and I am very happy to be an Olympic champion. But this morning I went to bed at five, so I was tired going into the race," he later said.

The first six from each heat and the next six fastest progress to the semi-finals.