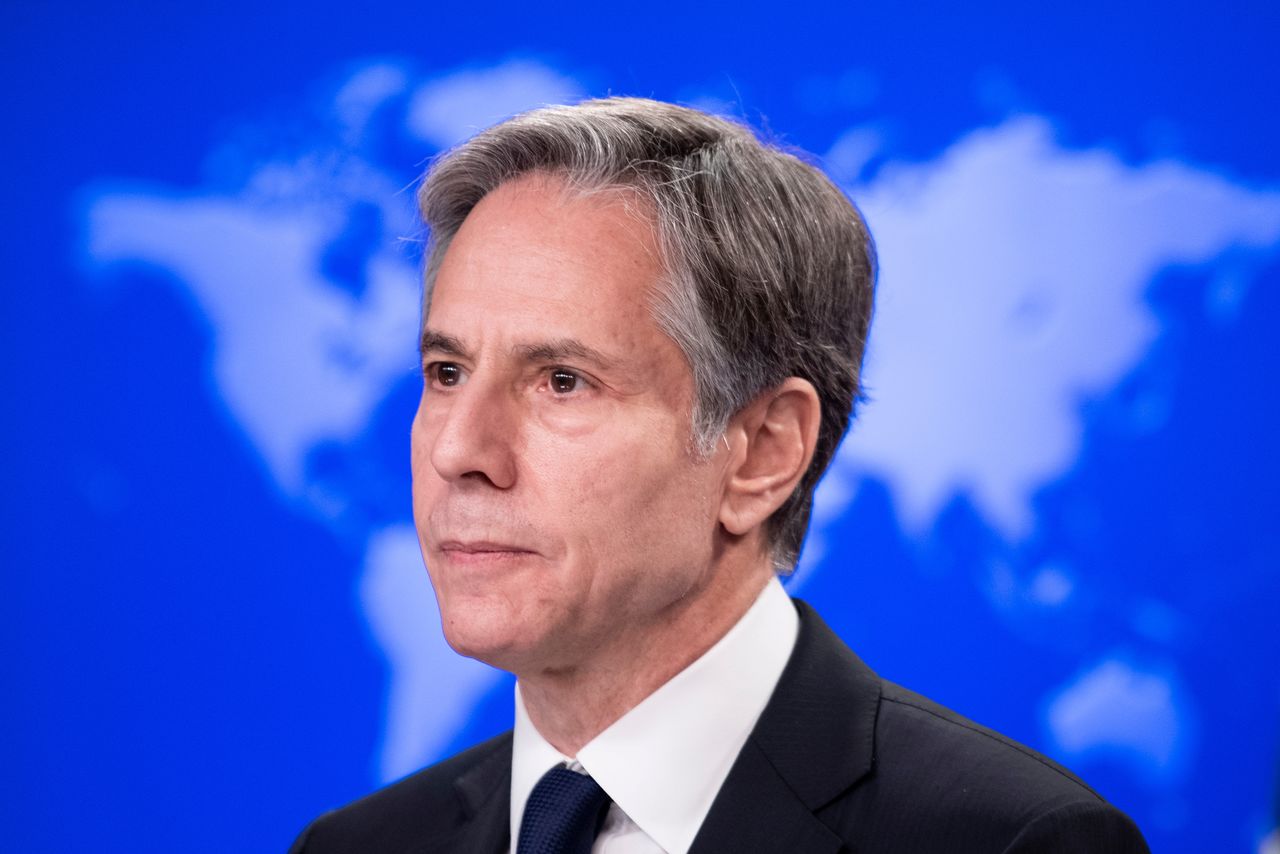 U.S. Secretary of State Antony Blinken speaks about refugee programs for Afghans who aided the U.S. during a briefing at the State Department in Washington, DC, U.S. August 2, 2021. Brendan Smialowski/Pool via REUTERS

(Reuters) - U.S. Secretary of State Antony Blinken blasted Belarus' attempt to send home a sprinter from the Tokyo Olympics against her wishes as intolerable "transnational repression".

"Such actions violate the Olympic spirit, are an affront to basic rights, and cannot be tolerated."

Tsimanouskaya, who sought refuge in the Polish embassy on Monday after refusing her team's orders to fly home, will travel to Poland on Wednesday, a group of her supporters said. Warsaw has offered her a humanitarian visa.