TOKYO (Reuters) -A world record had been predicted but Norway's Karsten Warholm had to utterly destroy it to hold off American Rai Benjamin and take gold on Tuesday in the men's 400 metres hurdles, in what will go down as one of the all-time great Olympic races.

Last month, Warholm broke Kevin Young's 29-year world mark with a time of 46.70 seconds but he blew his own record away with an astonishing 45.94 run. Benjamin pushed him all the way to take silver in 46.17, also half a second inside the old record.

"You know the cliché that it hasn't sunk in yet? I don't think it has, but I feel ecstatic," Warholm said.

"I can't believe the time, it's so fast. A lot of the time I am asked about the perfect race. I said it didn't exist but this is the closest I've ever come.

"I told myself going in to the race, remember all the work you have put in. It was the only thing missing from my (medal) collection. I can't describe how important this is for me. This is what I do morning until night, it's huge."

The new carbon-technology shoes may be contributing to the rash of blazing times being seen in Tokyo but even if they had been running barefoot, the two great rivals would have put on a show to remember.

Double world champion Warholm runs every race as if he is trying to break the world record and on home soil in Oslo last month he finally got Young's 1992 Barcelona Olympics mark off the books - and seemingly a weight off his shoulders.

With Benjamin posting 46.83 in the U.S. trials, the record was widely expected to be broken in Tokyo, but nobody could have predicted the massive bites both men took.

In perfect conditions, the two 25-year-olds hurdled beautifully and were side-by-side coming into the final straight, only for Warholm to forge clear.

When he saw the astonishing time, Warholm looked to be in shock. He ripped his vest apart and beat his chest in celebration before sinking to his knees.

Benjamin would have been equally amazed with his time, all the more so for it being only good enough for second place.

"Both of them smashed the old world record. No wonder he rips his shirt apart - he is Superman in this event," said BBC commentator and former world 1,500m champion Steve Cram.

"I cannot believe what we've just seen. Two men running times you could only dream of. Dos Santos was nearly within the old world record and he was miles back."

"This is one of the most outstanding world records and I'm pretty sure that world record will outlive me." 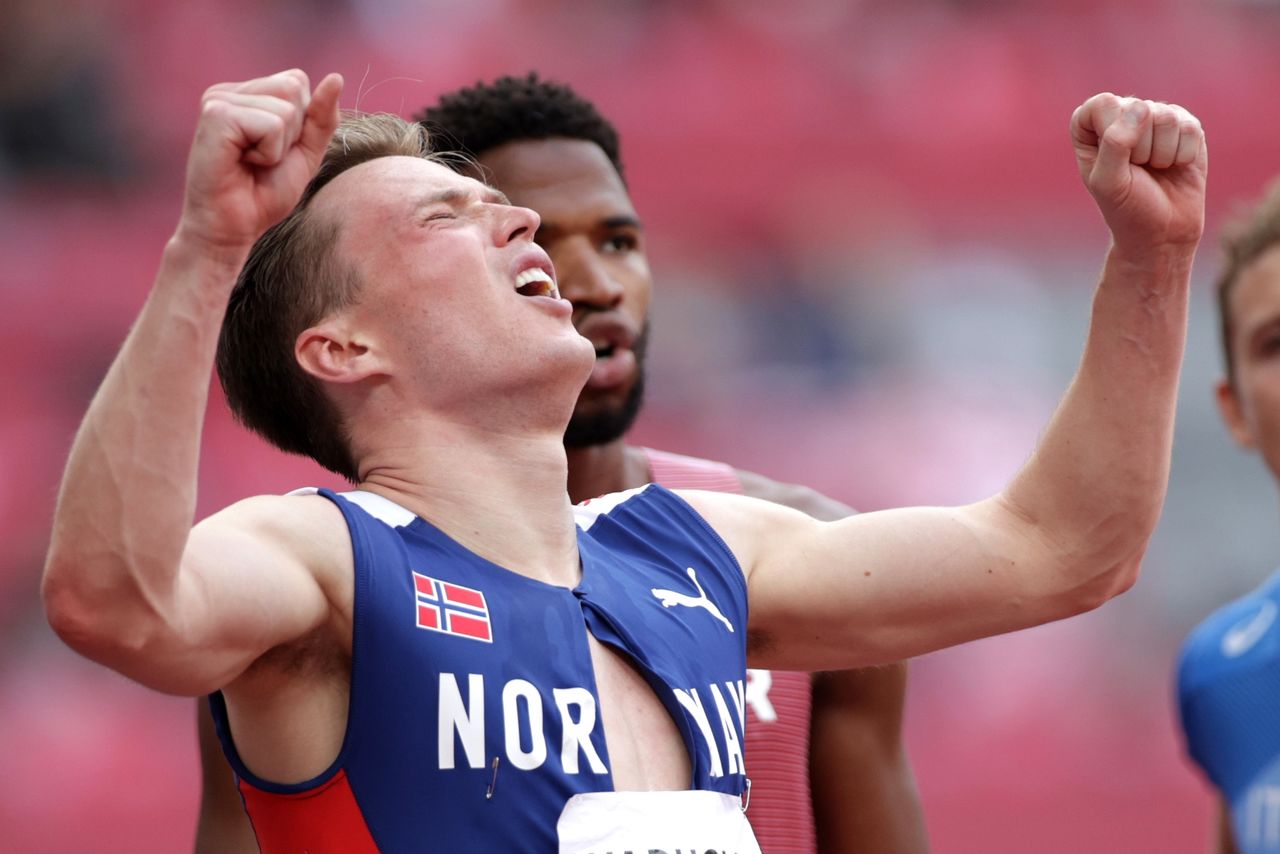 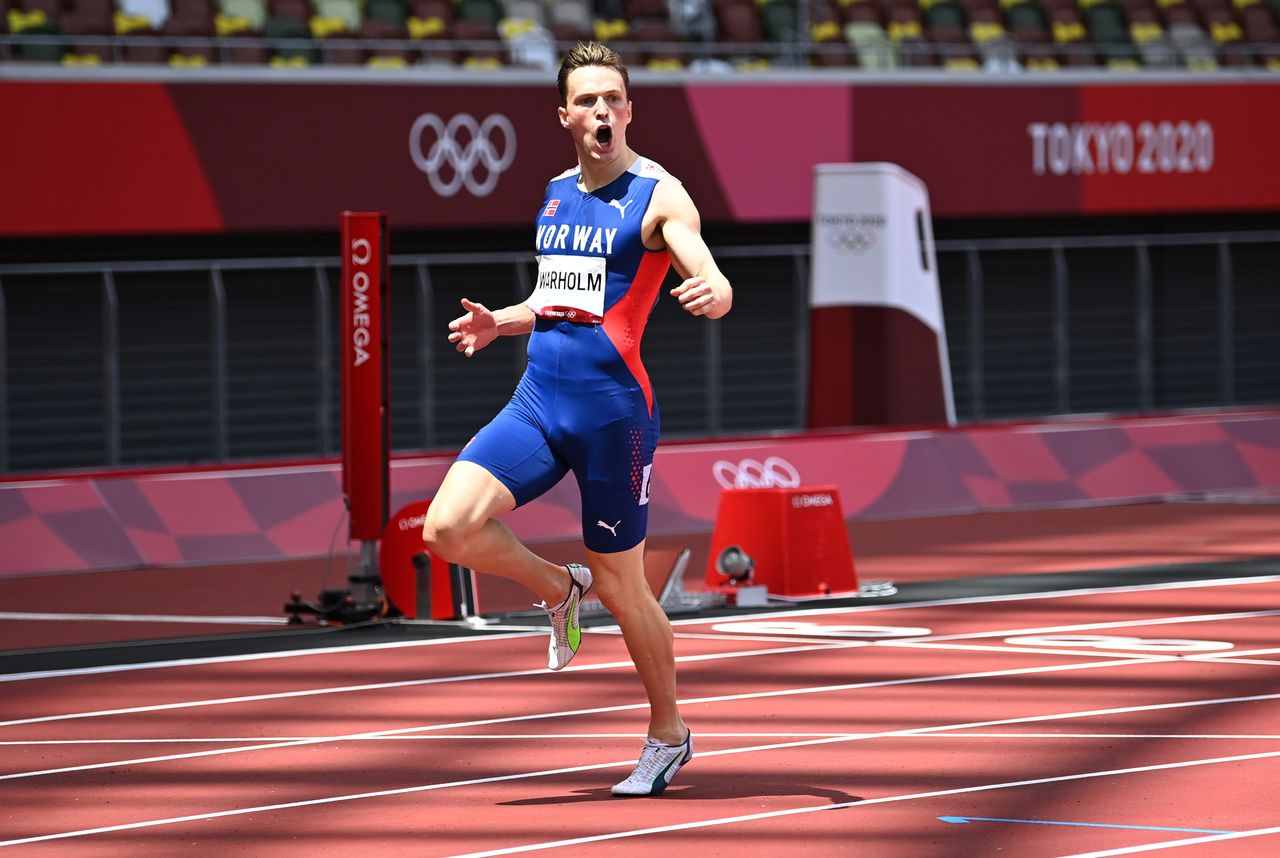