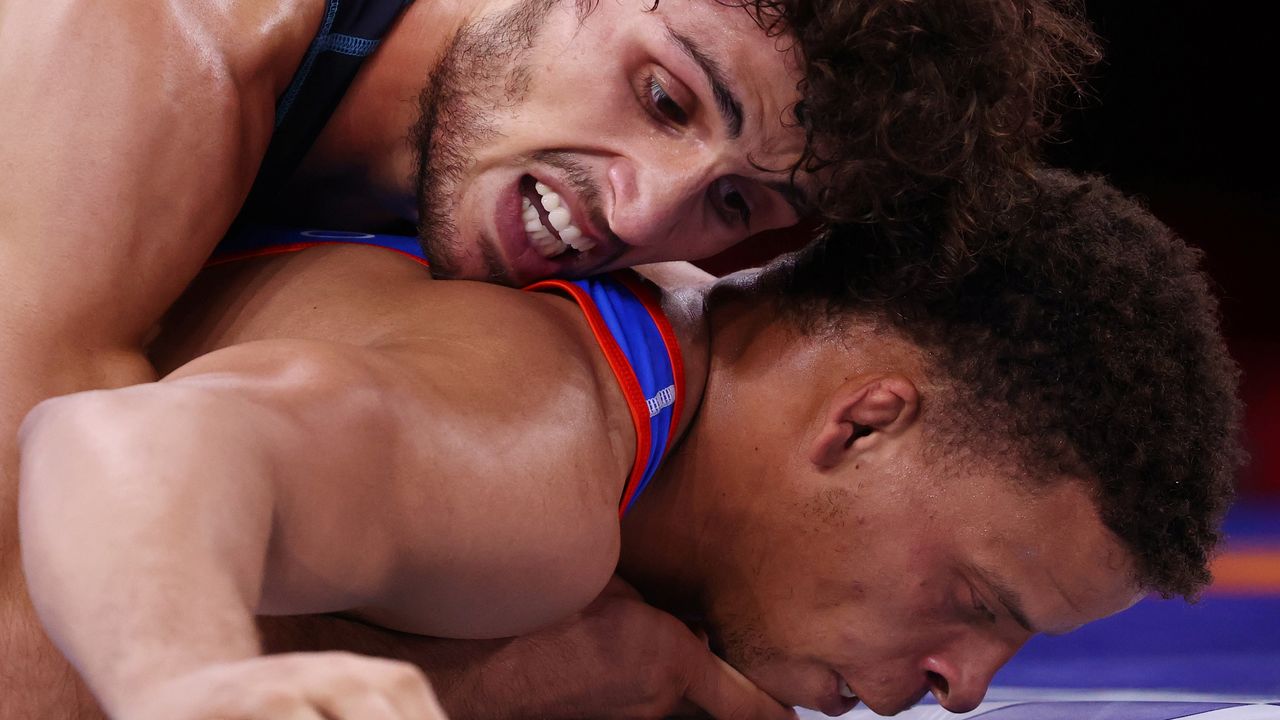 CHIBA, Japan (Reuters) -Iran's Mohammadreza Geraei advanced to the gold medal bout of the Greco-Roman lightweight category after his experience shone through in a 6-1 win over Georgia's Ramaz Zoidze in the semi-finals at the Tokyo Olympics on Tuesday.

Geraei, 25, edged Germany's three-times world champion Frank Staebler in the previous round and was down 1-0 after the first period but the 2019 Asian champion found an opening when Zoidze was penalised for passivity in the second.

The Iranian then dominated, scoring with a series of technical points while a failed challenge also put Zoidze behind, with the Georgian giving in and holding his face in disappointment with seconds left in the bout.

"I was so sad for my brother (Mohammadali Geraei) who was defeated last night (in the welterweight semi-finals), because we thought that he'd be in the final. But we are separate, I have my own goals."

Zoidze had pulled off one of the biggest upsets earlier in the day when he vanquished reigning Olympic champion Ismael Borrero of Cuba.

Geraei will face Ukraine's Parviz Nasibov after he beat Egypt's twice Under-23 world champion Mohamed Ibrahim El-Sayed, who was leading 5-0 after the first period.

Nasibov looked stunned when El-Sayed nearly executed a grand amplitude throw but the Egyptian received only four points instead of the maximum five.

But the Ukrainian stormed back into the bout in the second period to win 7-6, with a failed challenge from the Egyptian's coach making the difference as the Ukrainian waved a towel in celebration while returning to the dressing room.

Rio silver medallist Zhan Beleniuk of Ukraine will have a chance to go one better in the men's middleweight final when he takes on Hungary's Viktor Lorincz.

"Tomorrow I'm wrestling in the final against a very strong guy from Hungary. I'll do my best and compete for the gold medal," Beleniuk said.

World champion Aisuluu Tynybekova will be the first female wrestler from Kyrgyzstan to win an Olympic medal after she sealed her spot in the middleweight freestyle final with a commanding 10-0 triumph over Ukraine's Iryna Koliadenko.

Tynybekova, a four-times Asian champion, has yet to concede a point in three bouts and will face Japan's Yukako Kawai.

(Reporting by Ece Toksabay in Chiba and Rohith Nair in Bengaluru; Editing by Himani Sarkar and Ken Ferris)