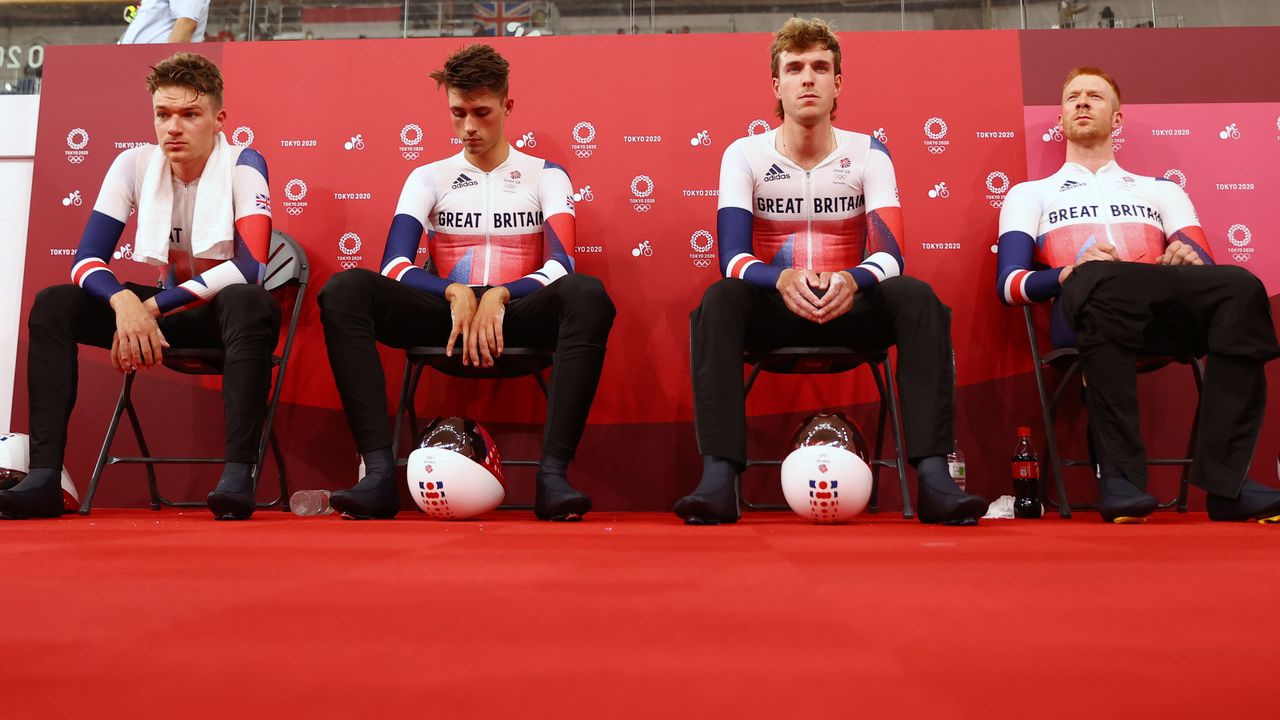 IZU, Japan (Reuters) - British team pursuit rider Ed Clancy has withdrawn from the remainder of the Tokyo Olympics because of a recurrence of back problems, the team announced on Tuesday.

The 36-year-old Clancy, one of Britain's greatest ever track cyclists with three Olympic team pursuit golds, was due to ride later in the heats against Denmark.

Clancy took part in Monday's qualifiers but afterwards said he had struggled to keep close to the wheel of his teammates. Charlie Tanfield will join Ethan Hayter, Ethan Vernon and Ollie Wood in Britain's four-man team.

A team statement said he was suffering from ongoing back and sciatica issues.

"I'm absolutely gutted that my Olympic career has ended this way, but it would be unfair of me to try to carry on now I have aggravated my back injury," he said.

"Ultimately, I want the rest of the lads to build on the hard work we have done over the past year and a half and give them the best possible chance of making it on to the podium. I will be supporting them all the way."

While his Olympic career is over, Clancy said he hoped to continue riding this season.

"In terms of what's next, I still love riding bikes and I plan on rounding out the season competing in UCI Track Champions League, as well as focussing on building up the Clancy Briggs Cycling Academy," he said.