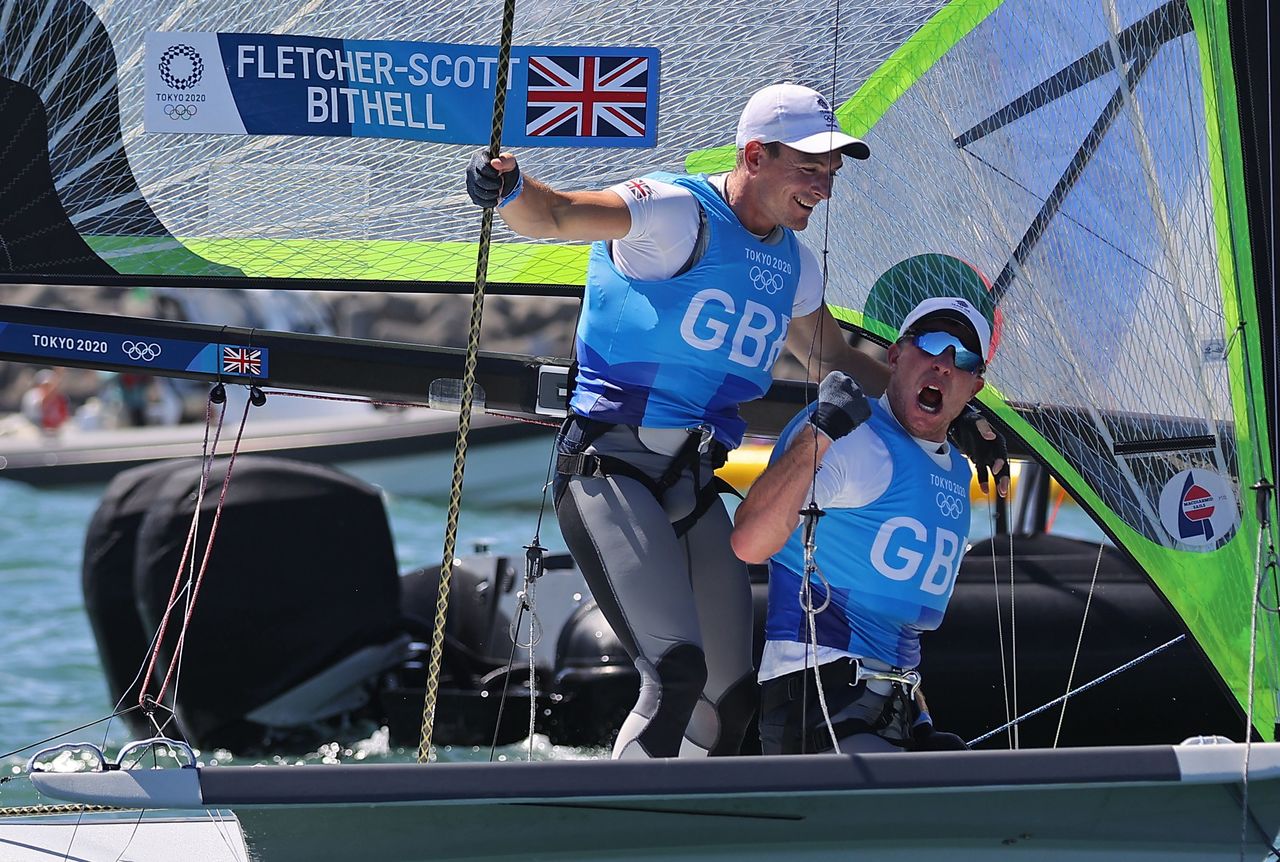 ENOSHIMA, Japan (Reuters) - The British pairing of Dylan Fletcher and Stuart Bithell won a superb gold medal at the Tokyo Games on Tuesday before revealing that they named their 49er skiff after British royal Kate, the Duchess of Cambridge, to inspire them.

"I just remember I kept on saying, 'Go on girl, go on girl,' ... (it's named) Kate, after our princess," an exuberant Fletcher told reporters following their tremendous victory in the medal race.

"Maybe she'll come and say hi now," team mate Bithell said of the 39-year-old who is married to Prince William.

With British Olympians often honoured by Queen Elizabeth in recognition of their achievements, the two sailors said they would be happy to be granted the royal seal of approval.

"I'd welcome it," Fletcher said, as Bithell added: "I wouldn't say we expect it, but we'd be happy to accept!"