TOKYO (Reuters) - The presence of Namibian teenagers Beatrice Masilingi and Christine Mboma in the Olympic women's 200 metres final weeks after they were banned from the 400m due to excess levels of testosterone has reopened the debate about DSD athletes.

The two 18-year-olds are the latest to fall foul of the rules regarding female athletes with Differences of Sexual Development (DSD) after more than a decade of the sport's authorities wrestling with the issue.

A DSD or intersex athlete is broadly described as one who has XY sex chromosomes, has a blood testosterone level in the male range and has the ability to use testosterone circulating within their bodies.

World Athletics (WA) tried to find a way to restrict such athletes from taking part in women's races in a bid to protect what they described as the "level playing field", bringing about the Hyperandrogenism Regulations in 2011, which set a testosterone limit for women athletes.

Indian sprinter Dutee Chand challenged the rules at the Court of Arbitration for Sport (CAS) in 2015, and CAS suspended them, asking WA to produce evidence that increased testosterone levels gave athletes an advantage.

In the meantime, with the rules lifted, Caster Semenya and others were able to return to the track, with three DSD athletes sweeping the 800m medals at the Rio Olympics.

CAS accepted this and in 2018, a new version of the rules banned DSD athletes from competing in races within that range, unless they took testosterone-reducing medication for at least six months beforehand.

South African Semenya had been at the forefront of the battle since she blazed onto the scene by winning the 800m at 2009 world championships as an 18-year-old, and was immediately consumed by the debate over her gender status.

After she was banned, she initially followed that medical route but saw a marked deterioration in her performances, and instead returned to fighting for the right to race in her natural state.

She lost that battle - all three 800m medallists from Rio are banned from Tokyo - despite widespread support from the South African government, who claimed the rules were discriminatory towards African athletes, and others who argued they were a violation of her human rights.

CAS agreed the DSD rules were discriminatory but crucially ruled that the discrimination was "necessary, reasonable and proportionate to protect the integrity of female athletics".

WA had always said it was fundamentally impossible to find a solution that would satisfy both sides, and came down in support of the tens of thousands of female athletes around the world at the expense of the limited number of DSD athletes.

"It is a sensitive issue but there are some contexts, sport being one of them, where biology has to trump identity," WA said.

The issue appeared to have gone quiet after Semenya lost her latest court battle in Switzerland, but it re-emerged in June when Masilingi and Mboma, who had been in sparkling form on the European circuit, were withdrawn from the Tokyo 400m events after tests revealed above-regulation levels of testosterone.

They entered the 200m instead and have twice posted personal best times - Mboma's 21.97 seconds being an under-20 world record - to reach Tuesday's final.

"The paradox in action ... where we know that testosterone confers advantages in all events, but the policy implies it exists only in some," wrote South African sports scientist Ross Tucker in his Science of Sport blog.

"Thus an athlete is legal one day, illegal the next, depending on the event," added Tucker, who described WA's original study as "poorly conceived ... and very (very, very) weak on the evidence." 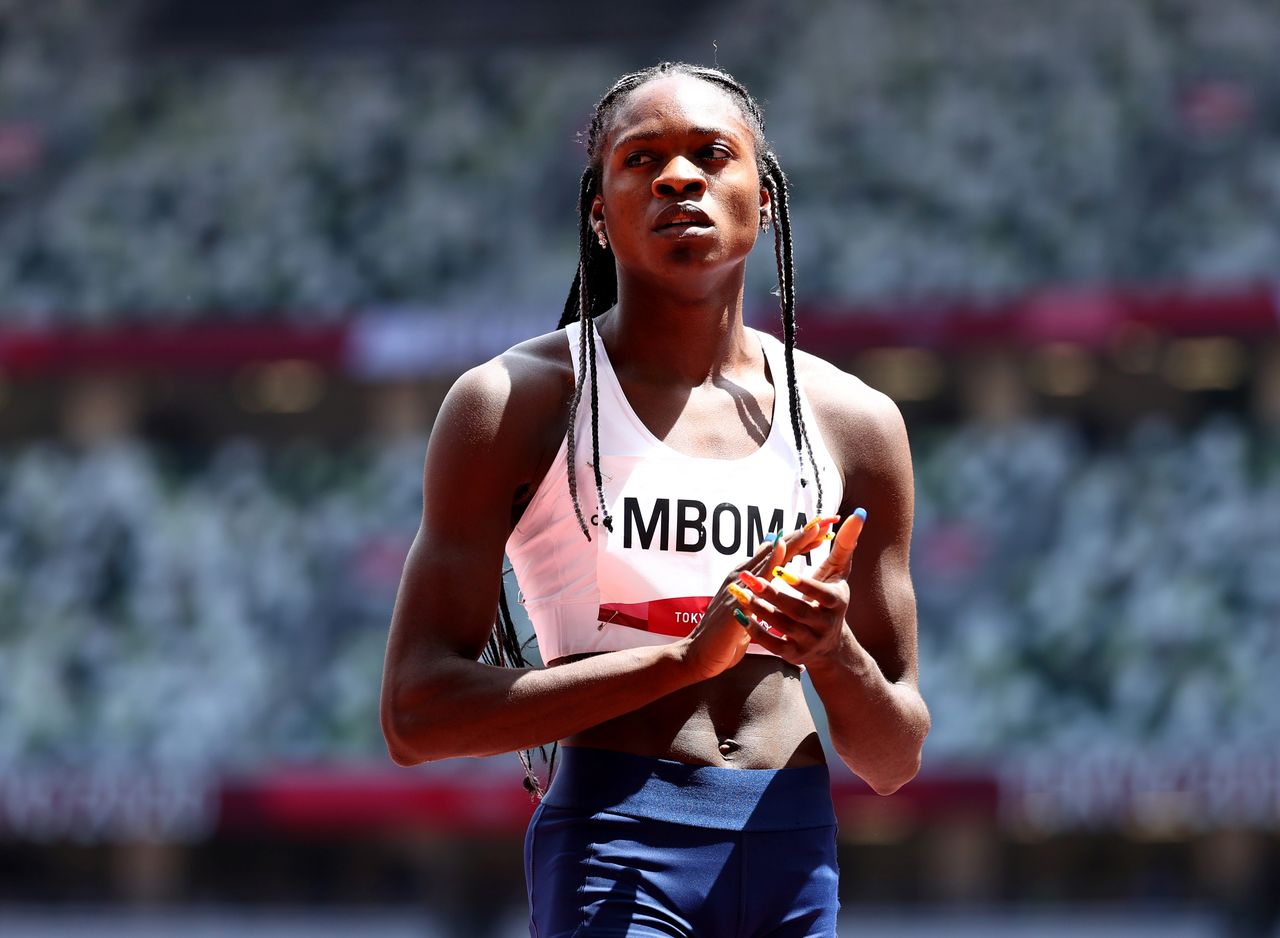 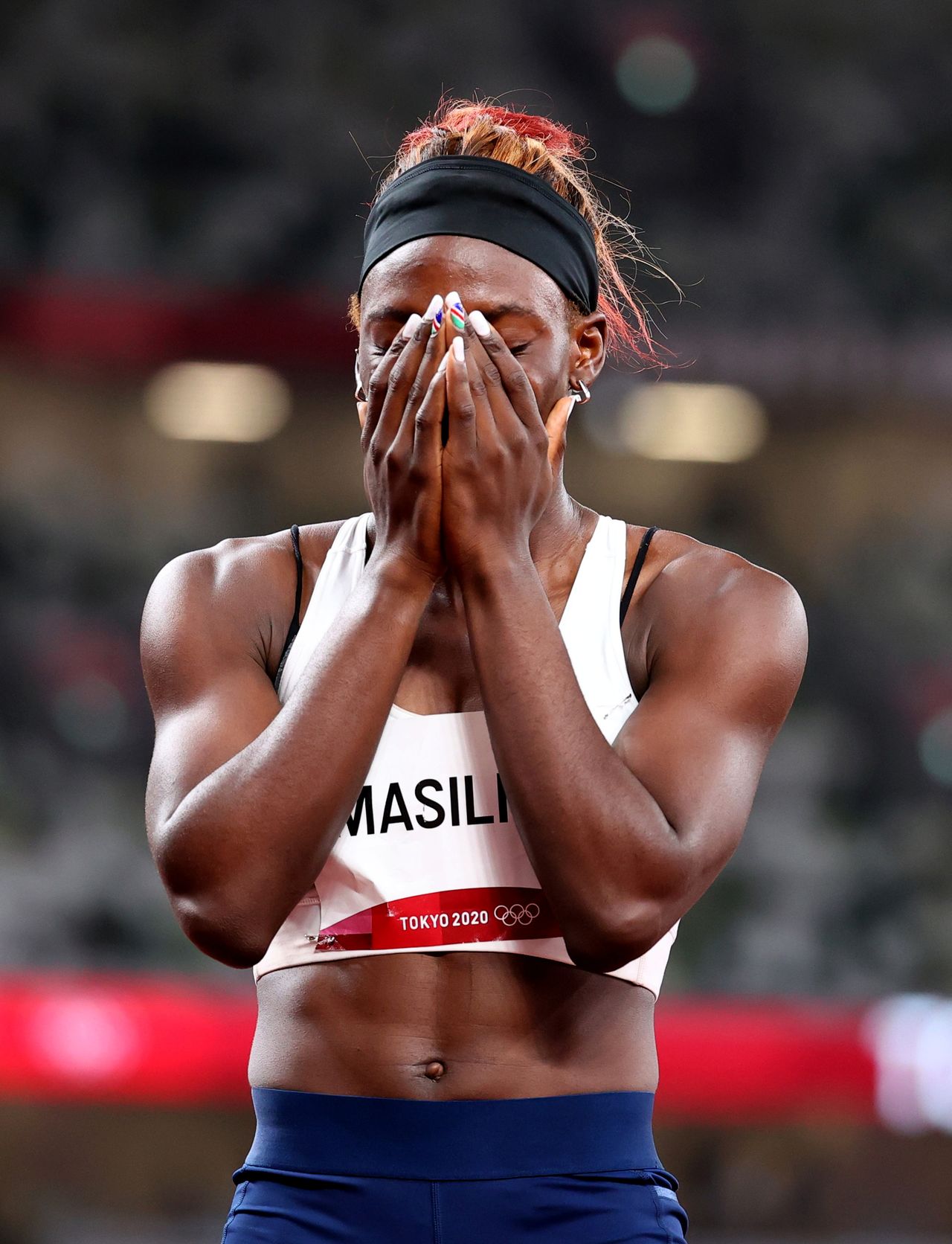