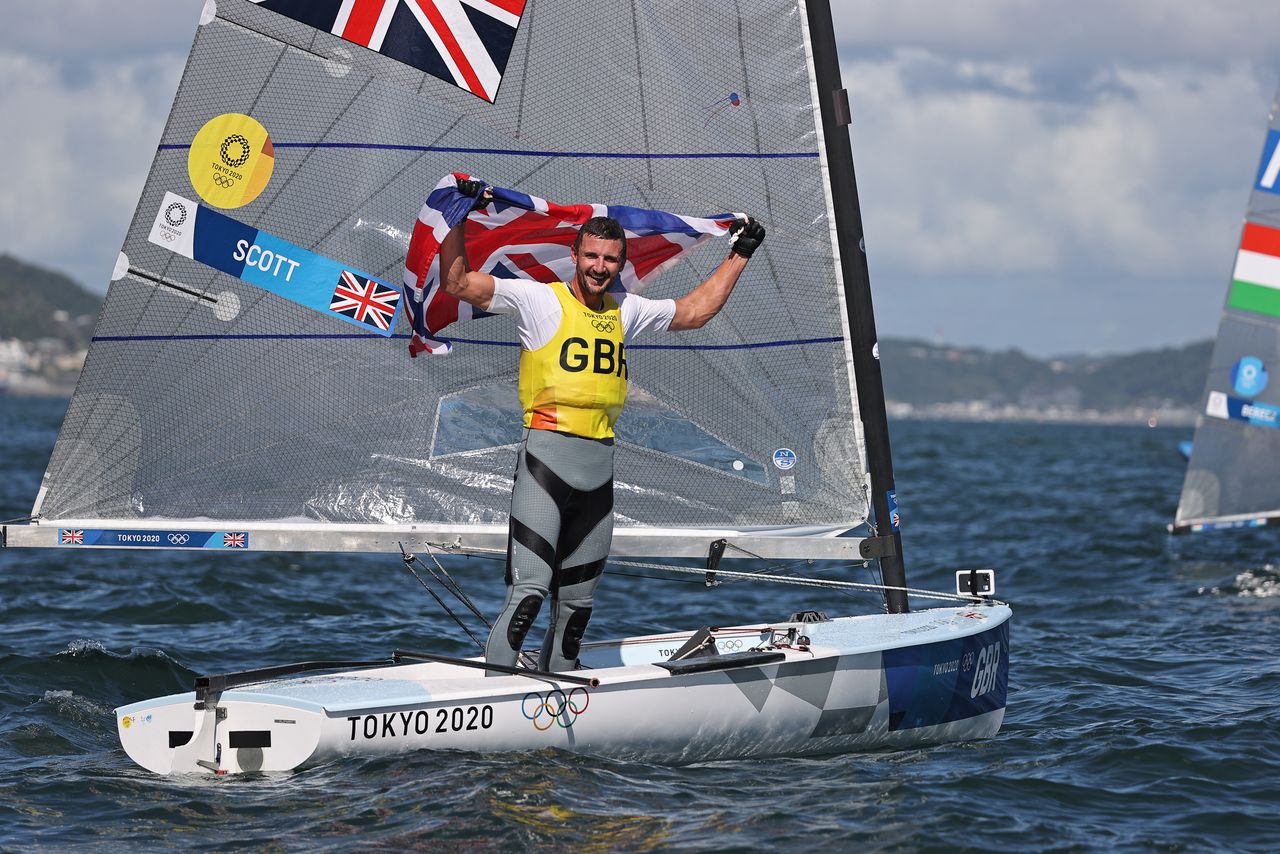 ENOSHIMA, Japan (Reuters) - Sailor Giles Scott won a bittersweet gold medal at the Enoshima Yacht Harbour on Tuesday as he continued Britain's dominance in the Finn class, but unfortunately for him and his nation, the category won't be back in 2024.

Originally included at the Helsinki Games in 1952, Britain has enjoyed two decades of Olympic dominance in the one-person heavyweight dinghy that is set to be replaced by a mixed two-person keel-boat craft at the next Olympics in Paris.

"The Finn is out now. As a nation we've won every gold since 2000, started with Iain Percy, with Ben Ainslie and now myself. We own it," Scott told reporters after his successful defence of the Olympic title he won in 2016.

Not since 1996 has a non-Briton emerged victorious in the class, which demands both physical strength and plenty of sailing skill to plot a course to gold.

"There's such amazing heritage in the Finn, it's such a shame it is leaving the Games. To follow legends like Ben Ainslie, Iain Percy, they were my heroes growing up," Scott said.

"I think it's a real shame. For the Finn class because of its history, but also for the sport of sailing, because it's really hard to see an avenue at the moment for bigger athletes to compete in the Olympics and sailing," Ainslie told a yacthing magazine in June, referring to World Sailing's 2018 decision to end the Finn's Olympic tenure.

Scott's future in sailing is unclear, but it will include some much-needed time off.

"I've been pretty flat out for the last five years, so I'll have a week off or so," he said.