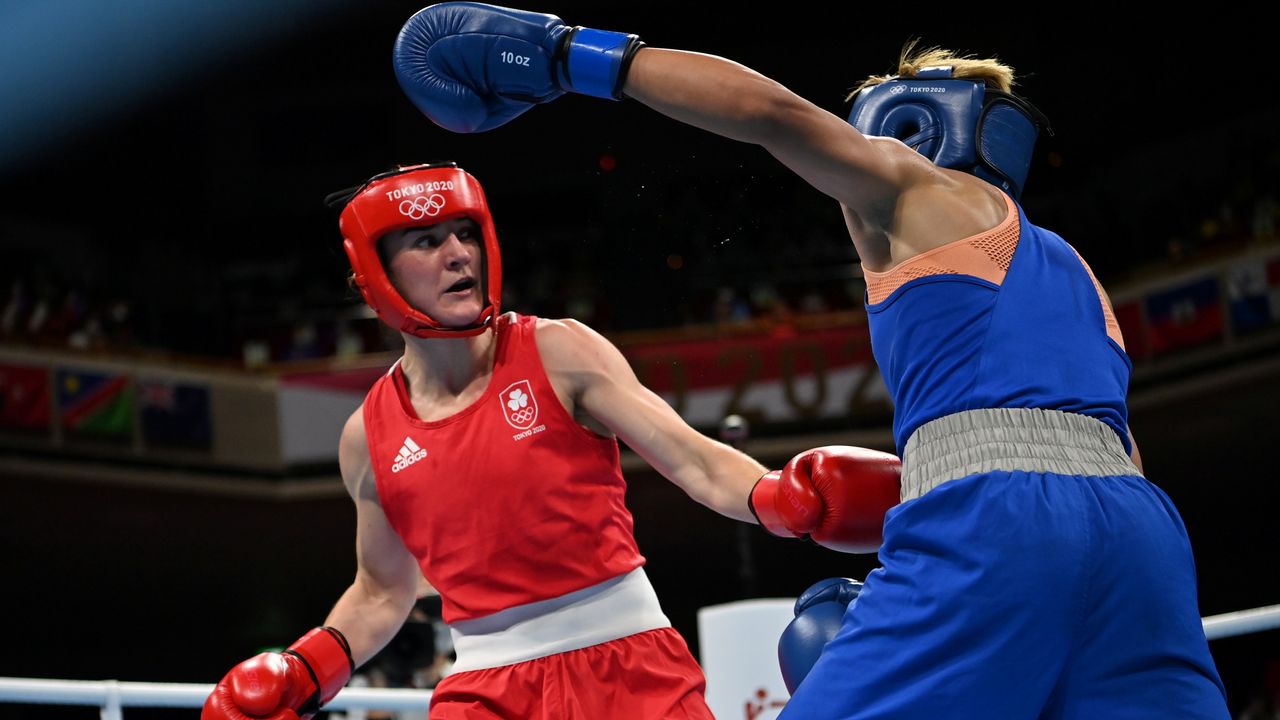 TOKYO (Reuters) - Top-ranked women's lightweight Kellie Harrington is staying off social media to screen out distractions in her battle for gold at the Tokyo Olympics - even if that prevents her from seeing messages of support from home.

The 31-year-old Irishwoman, widely tipped to win the title, highlighted the pressures social media can place athletes under, days after Simone Biles spoke of her mental health struggles and the difficulty of dealing with online scrutiny.

The star U.S. gymnast last week provided the shock of the Games by dropping out of events after a single vault. She is returning to action on Tuesday.

Harrington on Tuesday beat Algeria's Imane Khelif in the quarter-finals at Tokyo's Kokugikan Arena, assuring herself of at least a bronze, in what is likely to be Ireland's second medal for boxing in Tokyo.

"I've gone off social media so I can't get back to anybody and answer their messages," she told reporters.

"Sometimes people might send you a message and say 'Good luck, but you're up against it as this girl's arms are the length of Christmas'. And I'd be thinking 'oh God'. It makes you think then and I'd rather just stay off it."

Clearheadedness appeared to pay off in her bout against Khelif, which she won by a unanimous decision, Harrington saying she felt vindicated when the Algerian started sticking her tongue out in an apparent attempt to taunt her.

"When someone starts doing it, then you know you have got into their head and they are going to start throwing shots and missing, which she did," said Harrington, the 2018 lightweight world champion who works part-time as a cleaner at a Dublin hospital.

For British bronze medallist Karriss Artingstall, meanwhile, social media has been an essential means of connecting with fans - though even she tuned out in the final run-up to her bouts.

The 26-year-old featherweight, an armed forces athlete, was defeated in the semi-finals by Japan's Sena Irie, who on Tuesday took gold.

"Social media for me has given me a kick up the backside," Artingstall said, citing "massive support" from the army, her hometown and mother.

"For me I needed to be on social media. Obviously, an hour or two before the fight I'd completely come off it, because I was getting in the zone."