Olympics-Taiwan's medals revive debate over use of 'Chinese Taipei' 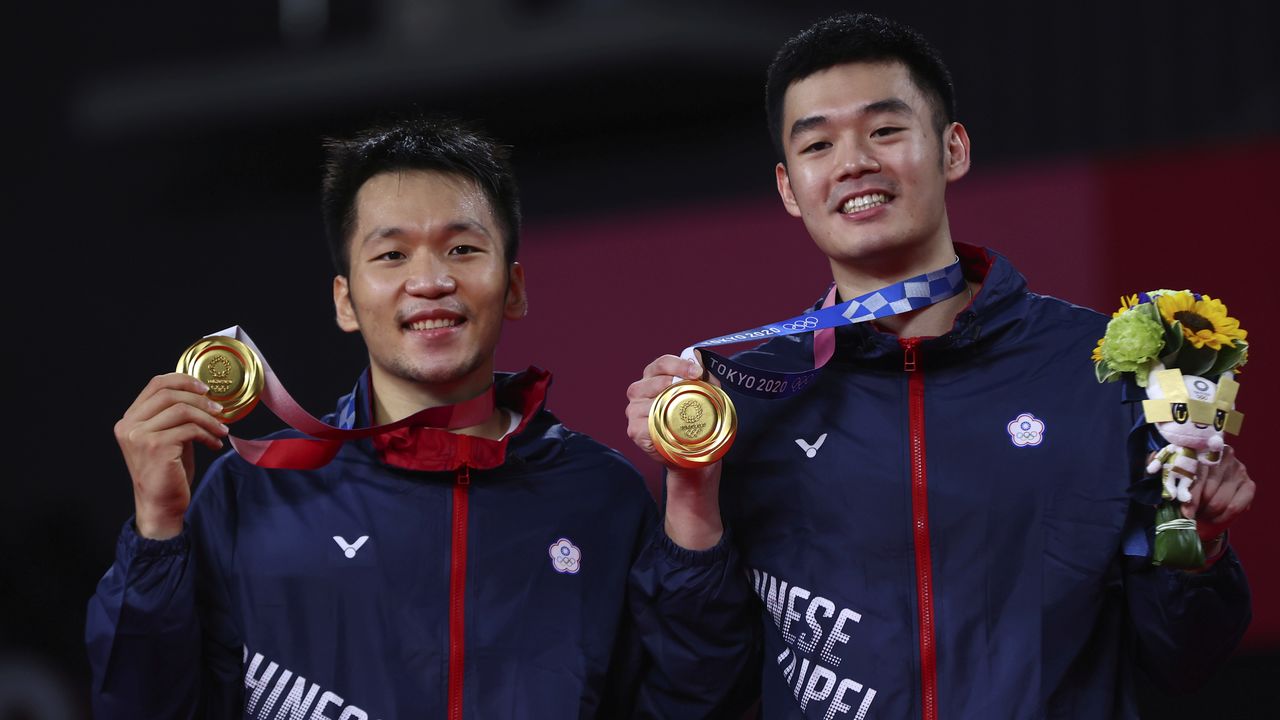 TAIPEI (Reuters) -After Taiwan beat China in the badminton men's doubles final at the Tokyo Olympic Games on Saturday, gold medalist Wang Chi-Lin made a Facebook comment that cast a spotlight on a contentious debate on the Chinese-claimed island: "I'm from Taiwan".

Wang's team competes at the Olympics as "Chinese Taipei" at the insistence of Beijing, which sees Taiwan as part of "one China" and has never ruled out the use of force to bring the democratic island under its control.

But with its first gold in badminton plus nine other medals and counting, Taiwan's best-ever Olympic performance has revived an old debate on the island over the practice by international organisations of referring to Taiwan as Chinese, and whether the island should compete under the name "Taiwan".

The Olympic success has brought jubilation on the island, with politicians and celebrities joining in to tag their social media celebrations "Team Taiwan" and "Taiwan is Taiwan".

"Support competing in the Olympics under Taiwan! Let the world see the name of Taiwan!" Lin said.

Beijing's position is that the island of 23.5 million people has no right to recognition in any sphere as a separate country. It regularly presses international groups and companies to refer to Taiwan as part of China. Only 15 countries - most of them very small - even recognise Taiwan.

China's Taiwan Affairs Office said in a statement to Reuters that "Chinese Taipei's" participation in the Games was in line with the "one China" principle and jointly agreed both by athletes across the Taiwan Strait and international sporting bodies.

"The principle cannot be challenged," the office said. "It's a dead end to seek 'independence' in sports events with petty tricks."

The rivalry between Beijing and Taipei goes back to the end of China's civil war in 1949.

The name "Chinese Taipei" originated in the late 1970s when, under a compromise between Taipei's Olympic Committee and the International Olympic Committee, Taiwan competed under the name Chinese Taipei without the use of its flag and anthem. Similar rules were set in other sports competitions.

The dispute over the name resurfaced last month when Japanese public broadcaster NHK referred to the team as from Taiwan during the opening ceremony, to the delight of Taiwan politicians and many members of the public.

But enthusiasm on the island for a Taiwan identity does not mean that voters are ready to challenge the geopolitical reality.

In 2018, voters in a referendum rejected a proposal to enter the Olympics as "Taiwan" rather than "Chinese Taipei". Many feared that changing the name would prompt China to try to block the island from the Games altogether.

Lo Chih-Cheng, a lawmaker for Taiwan's ruling Democratic Progressive Party, described the term Chinese Taipei as an "unacceptable arrangement that people were forced to accept".

He told Reuters that while Taiwan might not be able to change the status quo internationally, people should not "take it for granted" at home and should call team Taiwan by its name.

Activists are gearing up to call for another referendum before the Paris Olympics in 2024, media has reported.

Johnny Chiang, chairman of Taiwan's main opposition Kuomintang Party, which favours closer ties with China, said it was not the right time to push for a change.

"Team Chinese Taipei is our delegation in the Olympics," he said recently. "Don't distract athletes with ideology and create turmoil."