Infineon CEO warms to idea of TSMC plant in Germany 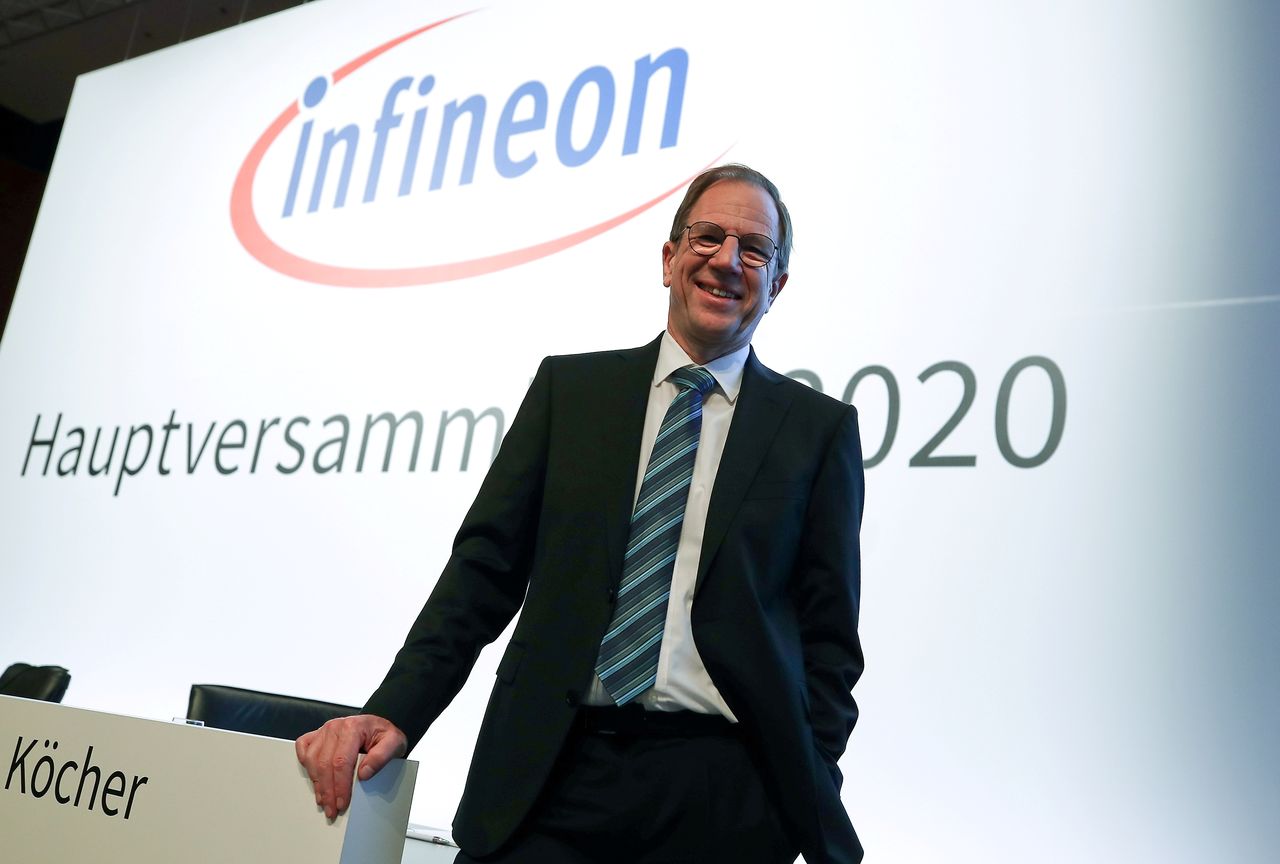 BERLIN (Reuters) - Infineon Chief Executive Reinhard Ploss on Tuesday supported the idea of Taiwan Semiconductor (TSMC) building a chip fabrication plant in Germany, expressing a clear preference for its technology over that of Intel.

"It would be an interesting idea to have TSMC in Germany," Ploss told reporters, while declining to comment directly on reports the dominant contract chip manufacturer was in talks on building a plant there.

Responding to the reports, TSMC said last month it was too early to say whether it would build a semiconductor plant in Germany and that talks were in their early stages.

TSMC has flagged plans to build new plants in both the United States and Japan as part of a broader move to locate production closer to key clients to reduce risks arising from tensions between Taiwan and China.

Industry sources say TSMC has been in talks with a group comprising Infineon, Robert Bosch and NXP on building a plant to serve their need for mature chip formats used in core markets like the automotive industry.

Speculation has centered on the possibility that TSMC would site a new facility near Dresden, the hub of Europe's largest semiconductor cluster. Infineon and Bosch both have plants in Dresden.

All three have declined to comment on potential cooperation with TSMC, which comes as EU industry czar Thierry Breton is pushing for multi-billion-dollar investments to double Europe's share of global chip production over the next decade.

Ploss, asked about a push by Intel CEO Pat Gelsinger to win EU aid for a leading-edge plant in Europe, said the U.S. chip maker didn't have a close technological fit with Infineon. By contrast, TSMC did.

"The technology that TSMC produces is closer to ours," he said in response to a reporter's questions. Infineon earlier reported results for the fiscal third quarter that showed tight capacity constraints weighing on sales growth.