Throw in a last-leap long jump triumph for Malaika Mihambo, a near pole vault world record for Mondo Duplantis, a third straight hammer gold for Anita Wlodarczyk and scintillating sprinting in the men's 200m semis, and it all added up to a sparkling showcase for the Games' number one sport.

Jamaican Thompson-Herah was in total control of the 200m final, roaring home in a 21.53 seconds, the second fastest time in history, to follow up her 100m triumph having also won both events in 2016.

"It feels amazing to win two golds again. I have had a rough week. I haven't slept after the 100m final," she told reporters.

"Honestly, I am so tired, my legs just need some rest. I've done so many races in the last few days, but I am very grateful."

Brilliant as Thompson-Herah was, it was what was going on behind her the really raised eyebrows as 18-year-old Christine Mboma of Namibia produced an astonishing final 30 metres to make up four places and take silver in 21.81.

It was a third successive Under-20 world record of the Games for the teenager, who last month was pulled from the 400m for excess testosterone levels.

There was a fundamental changing of the guard in the women's 800, where the three medallists from 2016 were banned under the same testosterone rules, leaving the way clear for two 19-year-olds to take gold and silver.

Athing led from before the bell for a dominant victory in an American record 1:55.21 and British teenager Keely Hodgkinson also claimed a national record of 1:55.88 to take the silver medal.

Any concerns that holding some finals in the morning would detract from their intensity were blown away by another thrilling long jump competition and one of the all-time great Olympic races.

A world record had been widely expected in the 400m hurdles but Norwegian Warholm absolutely destroyed his own mark of 46.70 seconds with a scarcely comprehensible 45.94 run.

American Rai Benjamin was left wondering how he took half a second off the world record himself but ended up with a silver medal in a race where six of the top seven set national or continental records.

Pundits around the world spent the day drooling over the performance, with former Olympic decathlon champion Daley Thompson calling it a "leap for mankind".

Others are blaming it on the carbon shoe technology which they argue is making historical comparisons meaningless.

Undoubtedly contributing to the fast times, however, is the Tokyo track.

"It's amazing. Throughout the race it didn’t feel like I was running on the track," said Kyron McMaster, who took nearly half a second off his personal best to finish fourth in the 400m hurdles.

"My legs were just turning over. It felt like no track was there."

Sweden's Duplantis added Olympic gold to his world record after clearing 6.02 metres, while, in the absence of American double world champion and COVID victim Sam Kendricks, Chris Nilsen flew the Stars and Stripes for silver at 5.97.

Germany's world champion Mihambo triumphed in the long jump, echoing the men's event by snatching gold with her final leap of 7.00 metres to go ahead of American Brittney Reese.

World record holder Wlodarczyk was the dominant force in the hammer circle and her fourth-round throw of 78.48 metres made the Pole the first woman to win an Olympic athletics event three times in a row.

Andre De Grasse set a Canadian record of 19.73 to advance fastest into Wednesday's 200 metres final, where Noah Lyles, 17-year-old Erriyon Knighton and Kenny Bednarek will seek to regain the title for the United States after Usain Bolt's three in a row. 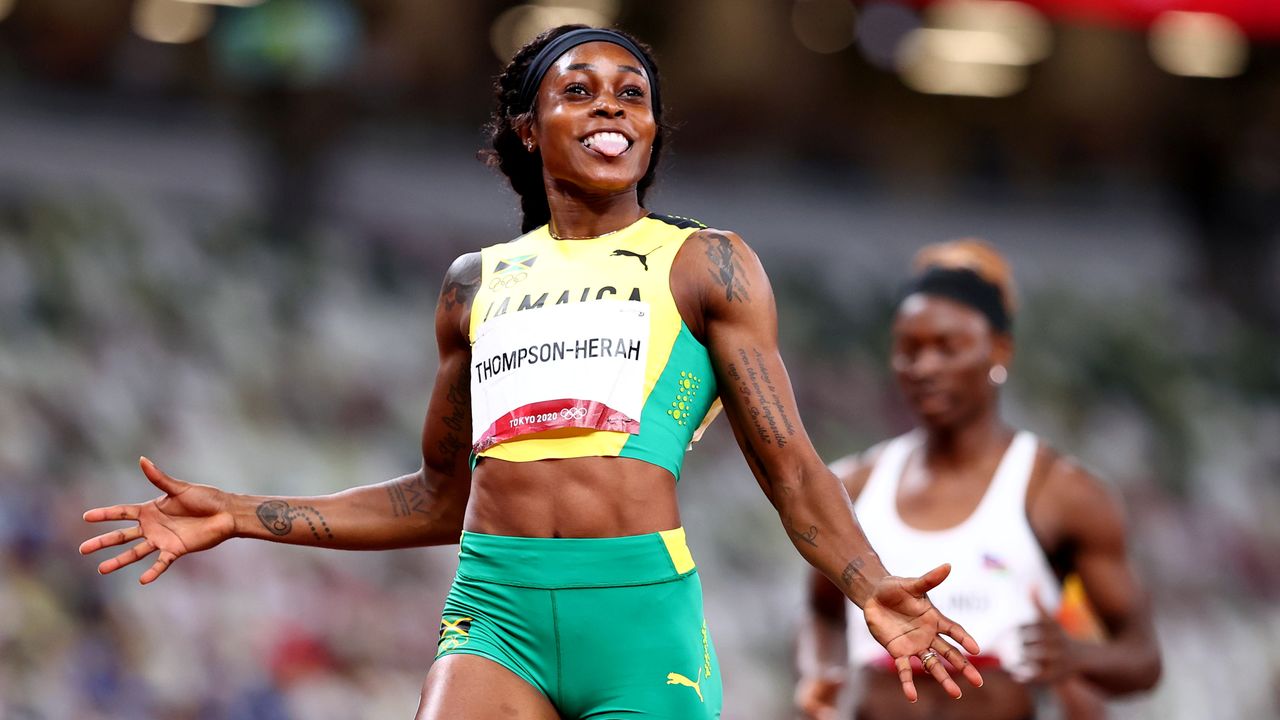 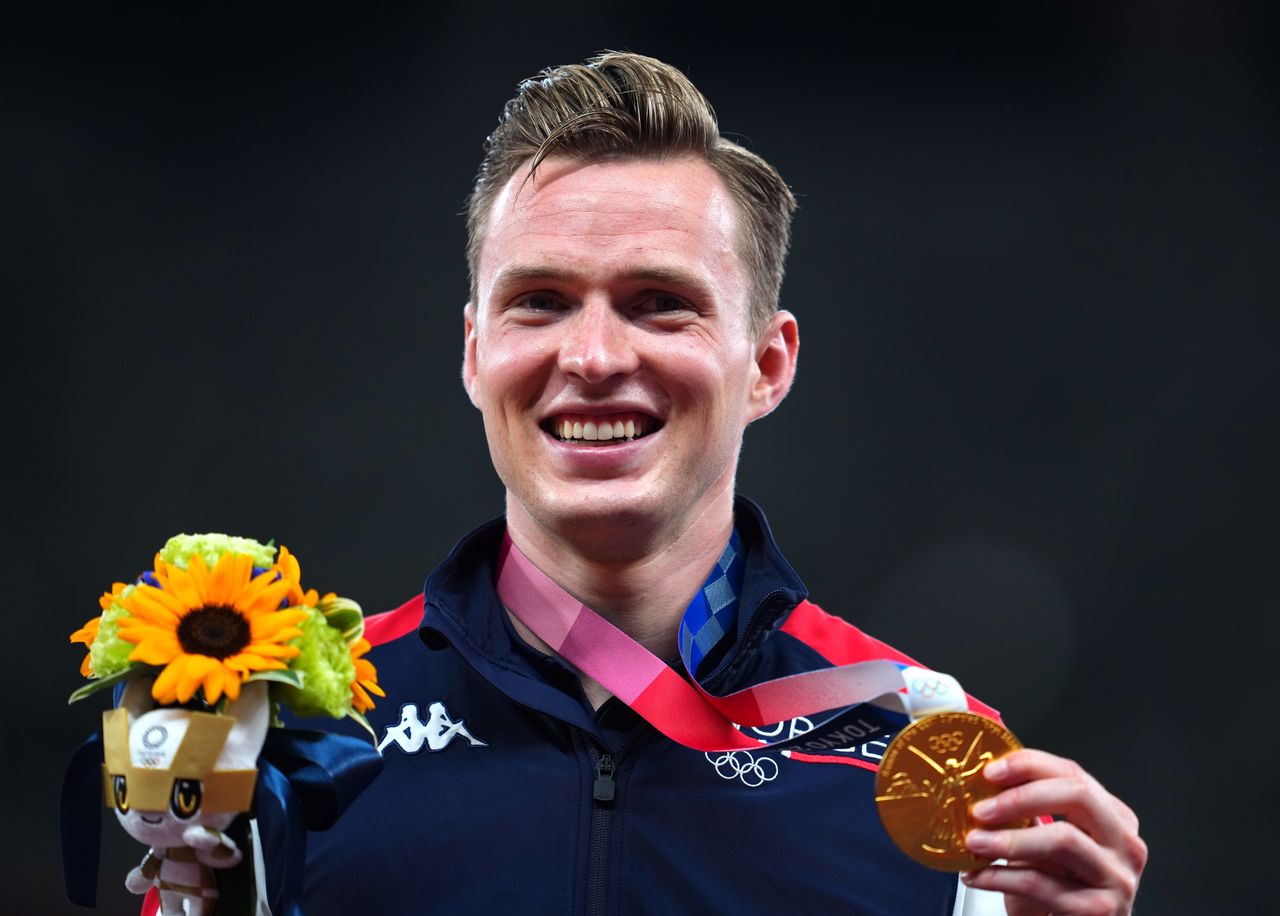 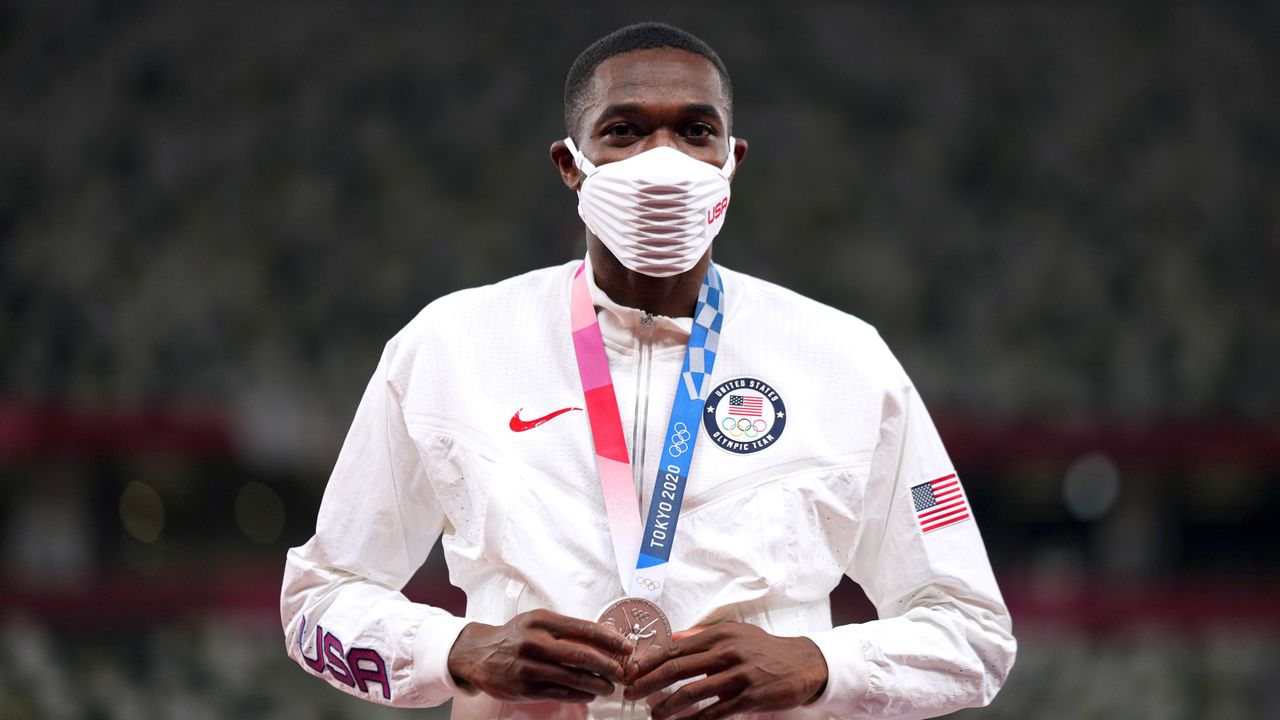 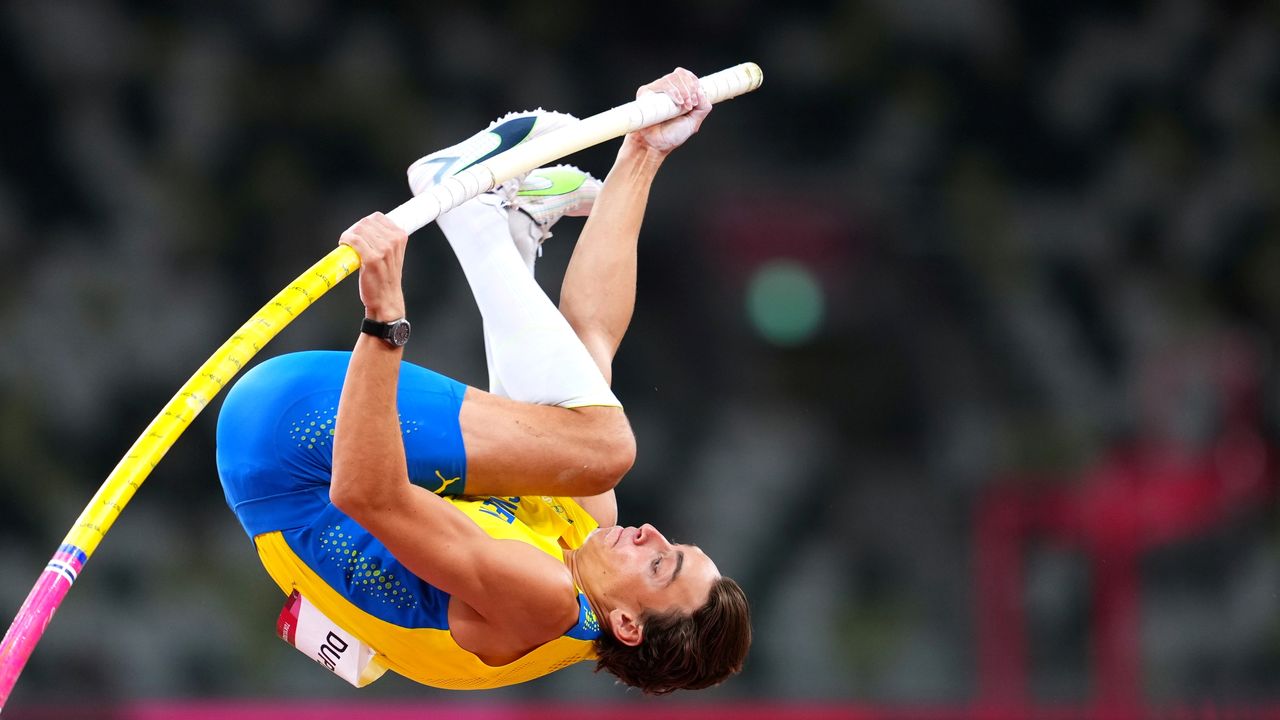