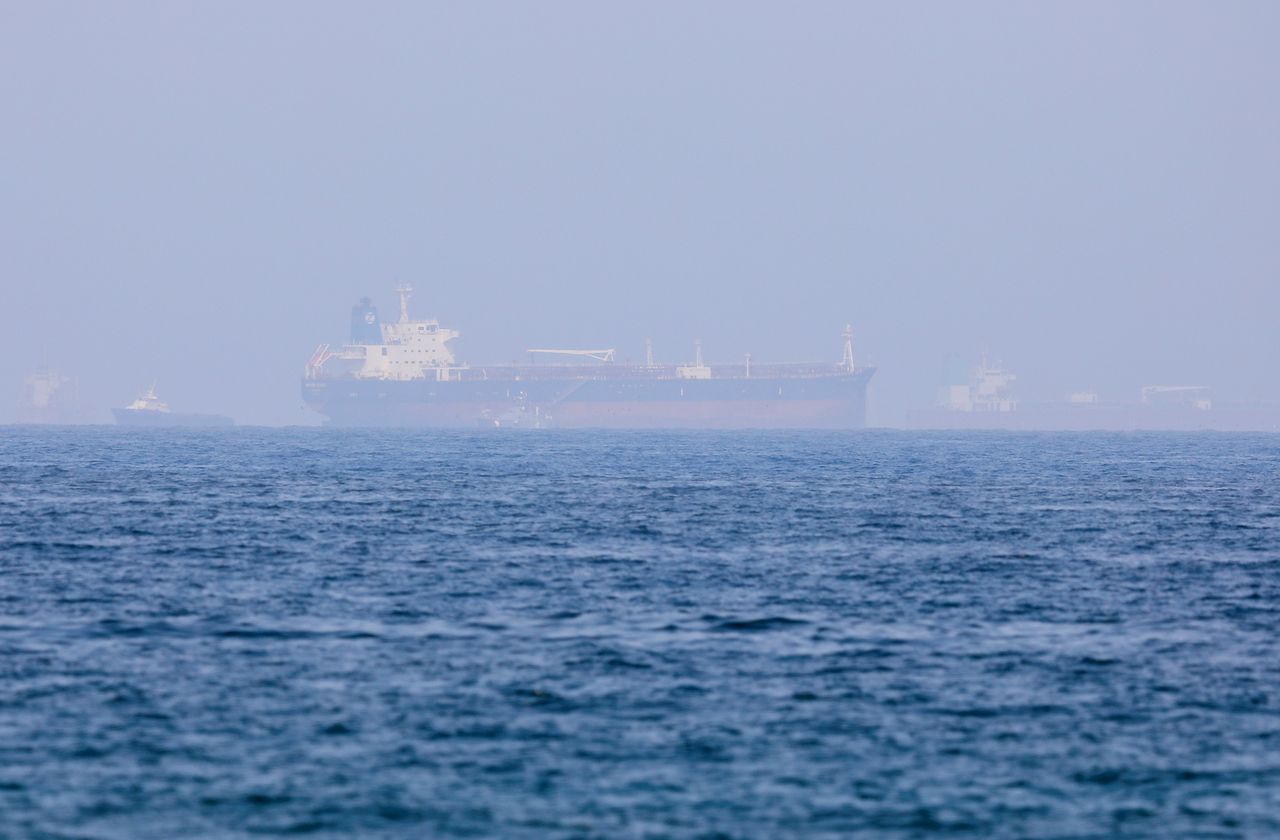 By Lisa Barrington and Jonathan Saul

DUBAI/LONDON (Reuters) -Iranian-backed forces are believed to have seized an oil tanker in the Gulf off the coast of the United Arab Emirates, three maritime security sources said, after Britain's maritime trade agency reported a "potential hijack" in the area on Tuesday.

Abolfazl Shekarchi, Iran's senior armed forces spokesman, denounced reports of maritime incidents and hijacking in the Gulf area as "a kind of psychological warfare and setting the stage for new bouts of adventurism," the Fars News Agency said.

Two of the maritime sources identified the seized vessel as the Panama-flagged asphalt/bitumen tanker Asphalt Princess in an area in the Arabian Sea leading to the Strait of Hormuz, the conduit for about a fifth of the world's seaborne oil exports.

The U.S. State Department said it was concerned and looking into reports of a maritime incident in the Gulf of Oman, but that it was too early to offer a judgment. Britain's foreign ministry was "urgently investigating" an incident on a vessel off the UAE coast, a spokesperson said.

U.S. officials, speaking on the condition of anonymity, said the United States military was considering repositioning at least one vessel in the general vicinity of the Asphalt Princess to keep a closer eye.

The officials said this would not be uncommon and would be to monitor the situation rather than to make any imminent military moves.

Tensions have simmered in the region after an attack last week on an Israeli-managed tanker off the Omani coast killed two crew members and was blamed on Iran by the United States, Israel and Britain. Iran has denied responsibility.

The United Kingdom Maritime Trade Operations (UKMTO), in a warning notice based on a third-party source, had earlier reported a "potential hijack" and advised ships to exercise extreme caution due to the incident around 60 nautical miles east of the UAE's Fujairah emirate.

The Times of London newspaper also reported that the Asphalt Princess had been hijacked, citing British sources as saying they were "working on the assumption Iranian military or proxies boarded the vessel".

The U.S. Navy's Fifth Fleet and UAE authorities did not immediately reply to a Reuters request for comment.

Alluding to the reports, Saudi Arabia's foreign minister told a U.S. think tank in an online appearance that he sees an emboldened Iran acting in a negative manner in the region, including endangering shipping. [L1N2PA1RV]

On Tuesday at least five ships in the sea between the UAE and Iran updated their AIS tracking status to "Not Under Command", according to Refinitiv ship tracking data. Such a status generally indicates a ship is unable to manoeuvre due to exceptional circumstances.

Nour News, affiliated with Iran's top national security body, quoted a senior navy official as saying "the movement of commercial vessels is quite normal and no official naval sources or countries in the Persian Gulf have reported any incidents".

Iran's foreign ministry said the reports of maritime incidents were "suspicious" and warned against any effort to create a "false atmosphere" against Tehran.

The United States and Britain said on Sunday they would work with their allies to respond to last week's attack on the Mercer Street, a Liberian-flagged, Japanese-owned petroleum product tanker managed by Israeli-owned Zodiac Maritime.

Iran denied any involvement in that suspected drone strike and said it would respond to any threat against its security.

Britain, Romania and Liberia told the United Nations Security Council on Tuesday that it was "highly likely" that Iran used one or more drones to carry out a deadly tanker attack last week off the coast of Oman.

U.S. officials have said privately they are watching the situation closely but do not expect a military response for now.

Tensions have risen in Gulf waters and between Iran and Israel since 2018, when then-President Donald Trump withdrew the United States from Tehran's 2015 nuclear deal with six world powers and reimposed sanctions that have crippled its economy.

Iran and Israel, longtime adversaries, have exchanged accusations of carrying out attacks on each other's vessels in recent months.