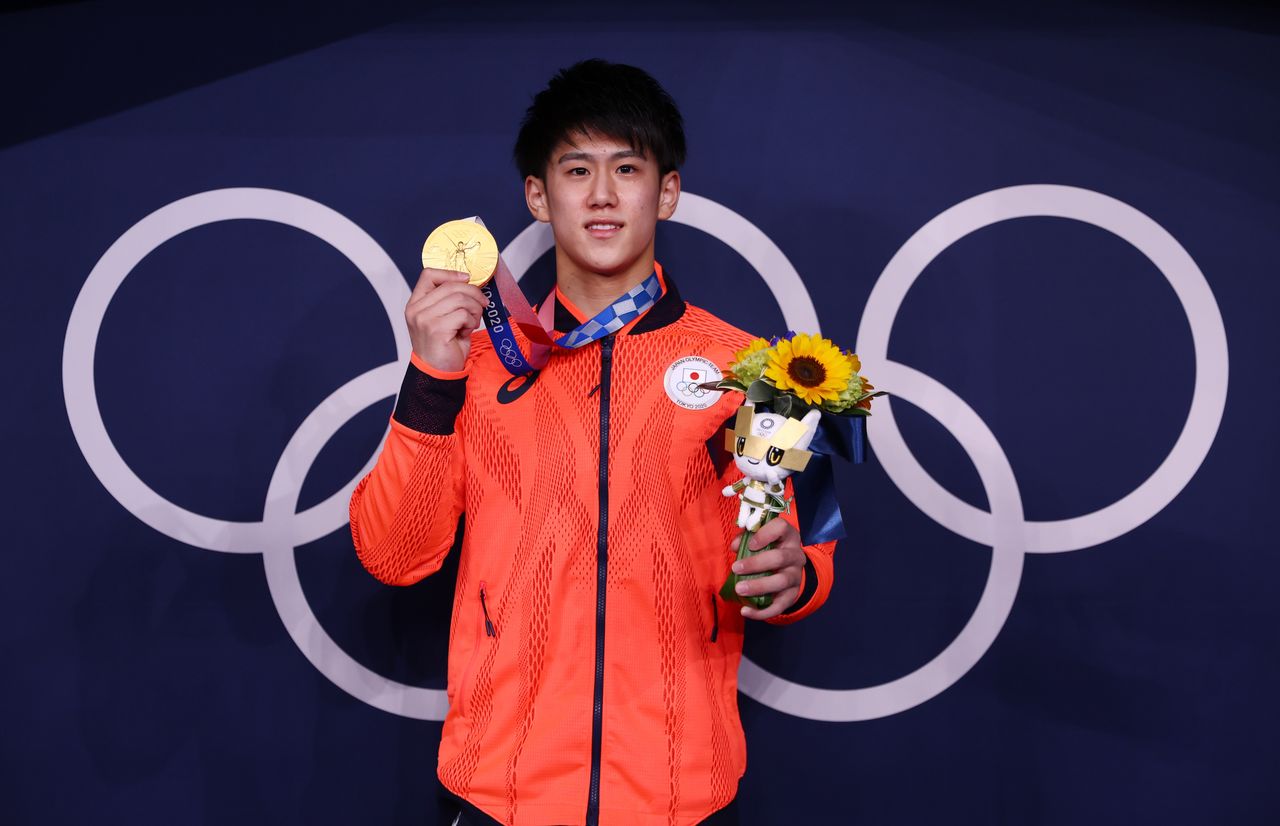 TOKYO (Reuters) - Japan's all-around champion Daiki Hashimoto ended on a golden note to close off the Tokyo Olympics gymnastics programme with a victory on the horizontal bar, but even the host nation's rising star could not steal the spotlight from American Simone Biles.

Japan's male gymnasts are used to hogging all the attention on home soil, but Tuesday at the Ariake Gymnastics Centre was all about Biles and her last appearance in Tokyo after abruptly pulling out of last week's team event.

That was clear hours before the competition even started, with the world's media eyeing the 24-year-old's every move as she warmed up on the balance beam.

With Biles, considered by many as the greatest gymnast of all time and also lauded around the world for raising mental health awareness during these Olympics, Hashimoto's home-crowd appeal was no match.

As Biles collected a bronze medal on the beam and exited the competition floor, journalists and photographers followed en masse for her media briefing. International Olympic Committee President Thomas Bach had also made the trip to watch her in action and shook hands with her once she had completed her routine.

Performing on the horizontal bar in a now near-empty arena, Hashimoto finished his high-flying display in breathtaking style to earn a winning score of 15.066.

After picking up two golds and a silver in Tokyo, many are now tipping him to follow in the golden footsteps of Kohei Uchimura, who ruled the all-around competition for two complete Olympic cycles, winning back-to-back golds at the 2012 London and 2016 Rio Games.

But Hashimoto, who turns 20 in four days, said he was not quite ready to step into those shoes.

"I don't think I am at the same level (as Uchimura) yet," he said. "But I will do my best, practise more and try to live up to his reputation and level."