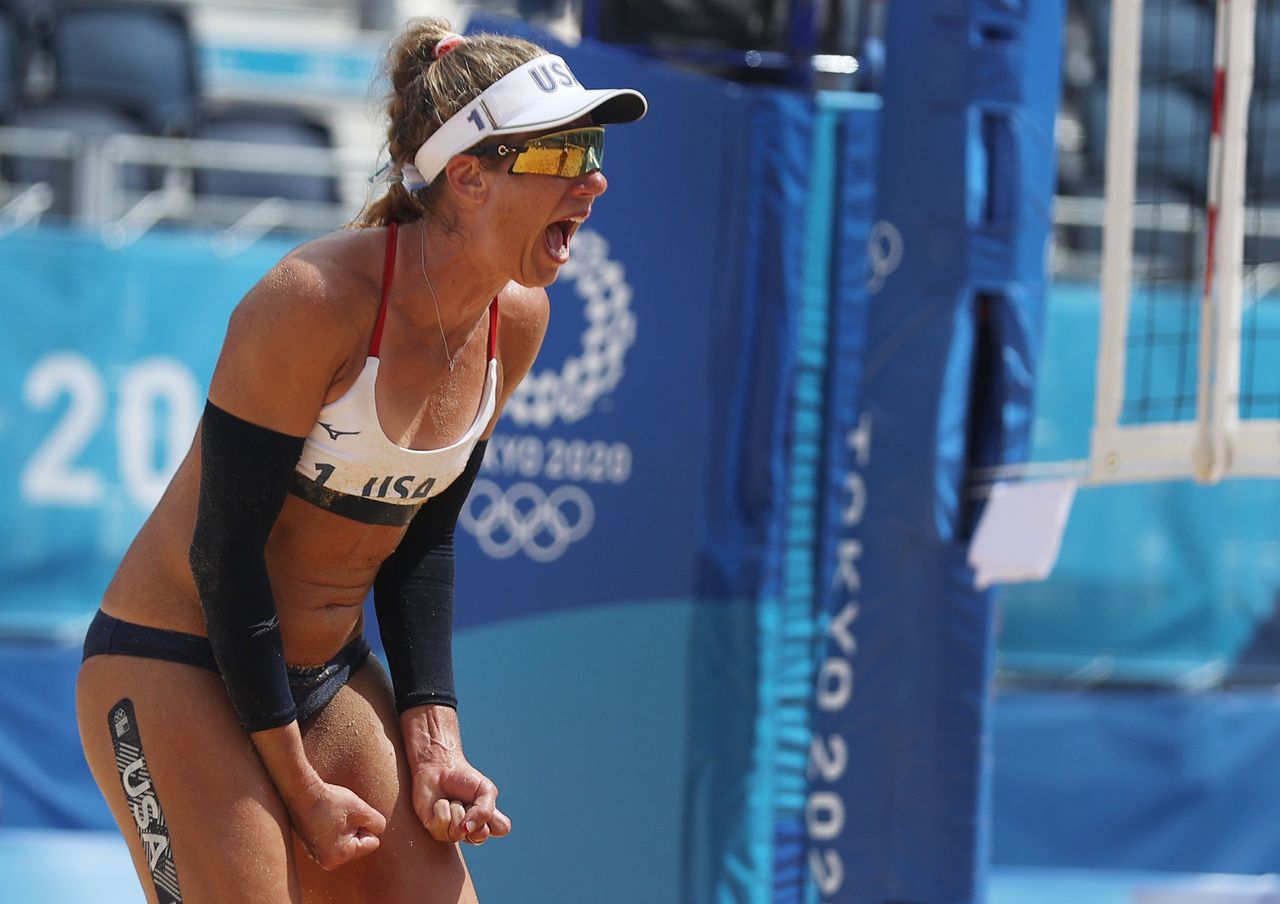 The victory underscored the strength of the United States, who along with Brazil have earned the most medals from the sport since its debut at the 1996 Atlanta Games.

On Tuesday, Ross played a pivotal role in the 44-minute-long match with a 21-19, 21-19 sweep against German pair Laura Ludwig - Rio gold medallist - and partner Margareta Kozuch.

With the help of 1.95-metre tall Klineman who earned three block points in the match, Ross scored most of the attack points while demonstrating receiving techniques, or digs, as occasional rain eased the scorching heat.

"That's a super strong German team. I think it was just trusting in our ability as a team, what we do and we did a lot of preparations and kind of stuck with what we want to do. Yeah, trusted ourselves in each other," Ross told reporters.

"We just go into every match, ready to battle ... We just have to work really, really hard and the level is just higher in every competition," she added.

Since 1996, the United States have won a total of ten Olympic medals from the sport including six golds. Brazil have won three golds and ten other medals.

But the landscape is changing, with 2016 silver medallists Brazil being eliminated on Tuesday.

Brazil's Ana Patricia Silva Ramos and Rebecca Silva were beaten 21-19 18-21 15-12 by Swiss duo Anouk Verge-Depre and Joana Heidrich, who will face the U.S. in the semi-finals.

Latvia's Tina Graudina and Anastasija Kravcenoka beat Canada's Heather Bansley and Brandie Wilkerson 21-13 18-21 15-11 to set up a clash against Australia's Mariafe Artacho del Solar and Taliqua Clancy in the semis on Thursday.