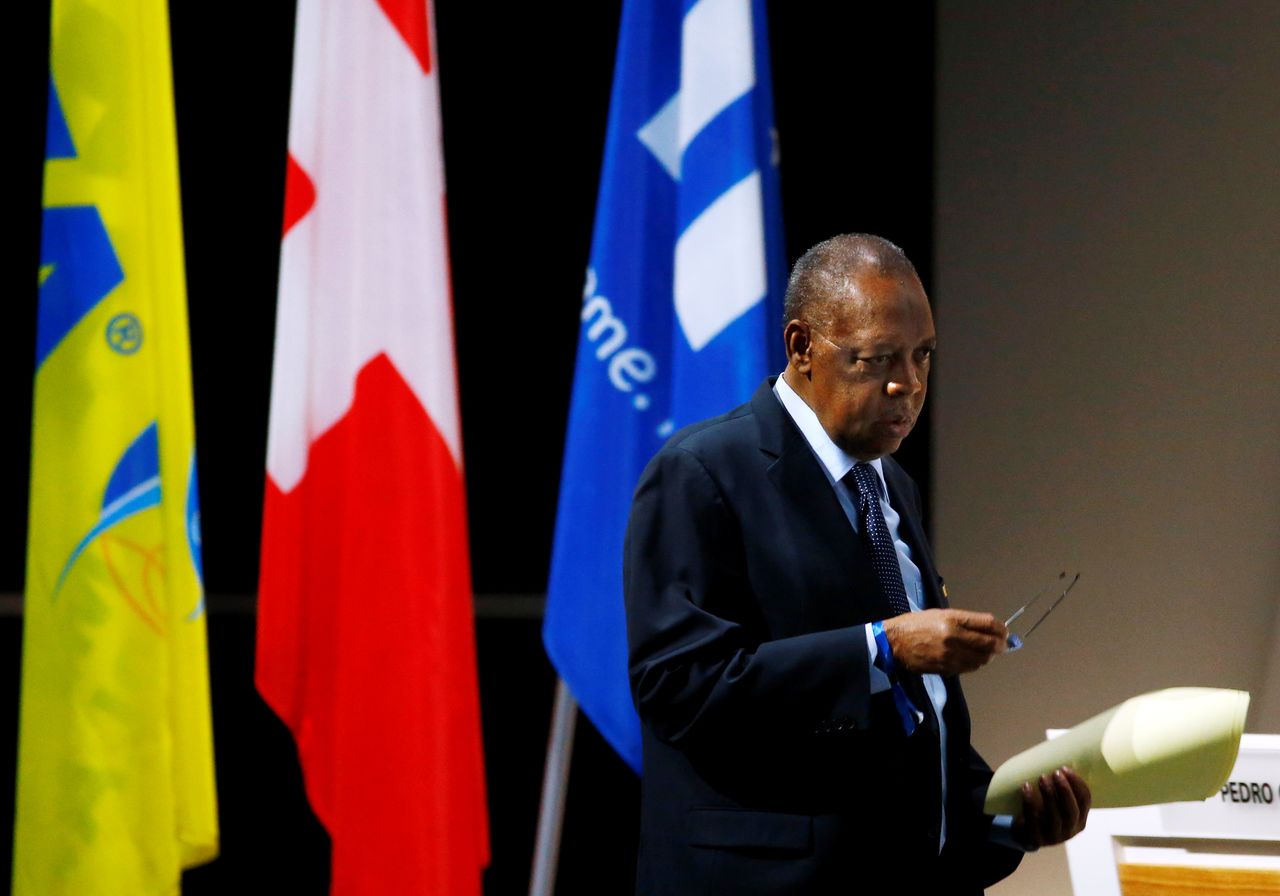 (Reuters) - Former FIFA interim president Issa Hayatou has been banned for one year and fined 30,000 Swiss francs ($33,189.51) for a breach of FIFA's ethics code, the world soccer body said on Tuesday.

Cameroon's Hayatou, 74, served as Confederation of African Football (CAF) president for 29 years until he was voted out in 2017.

He was acting president of FIFA from 2015-16 when Sepp Blatter, now 85, was suspended amid a widespread corruption scandal.

Hayatou is also an honorary member of the International Olympic Committee (IOC).

FIFA said an investigation into Hayatou’s conduct as CAF president concerned involvement in deals for media and marketing rights of CAF competitions with France-based Lagardère Sports between 2014 and 2017.

The adjudicatory chamber ruled that Hayatou had entered "in the name and on behalf of the confederation, into an anti-competitive agreement with Lagardère Sport which was detrimental and caused significant damage to CAF."

FIFA said this amounted to 200 million Egyptian pounds ($12.76 million) and had caused reputational and financial damage.

The ban, from any kind of football-related activity at both national and international level, came into force on Tuesday.

Hayatou, who rarely makes public comments, could not immediately be contacted.