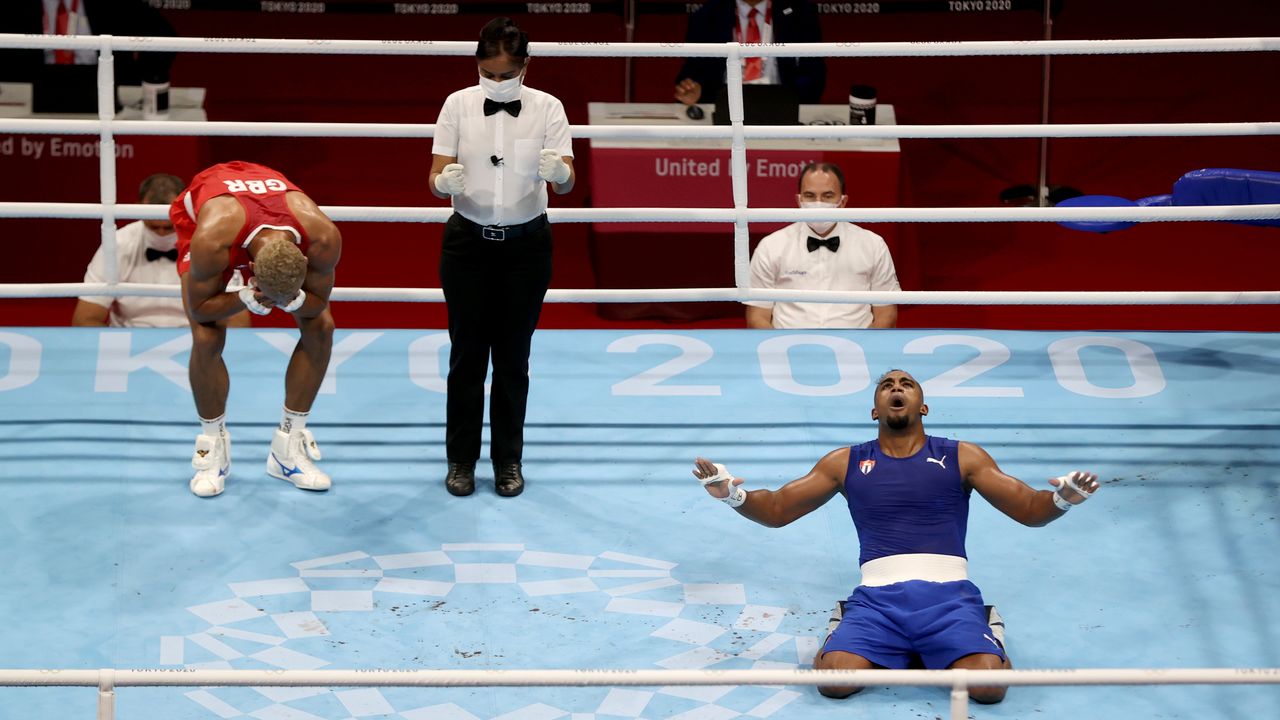 TOKYO (Reuters) - Sumo wrestling isn't part of the Tokyo Games, but its storied stadium is lending Olympic boxing a little of the flavour of Japan's 1,500-year-old national sport.

Boxing bouts are taking place at the legendary Kokugikan Arena, a 7,300 seat stadium described by Olympic organisers as the "spiritual home" of Sumo.

Sumo sees two massive, nearly naked wrestlers grapple on a raised ring floored with clay and edged with hay bales. The winner is usually the wrestler who topples or knocks his opponent out of the ring.

Spectators near ringside sit on "zabuton" cushions that they sometimes fling into the ring in tribute to a thrilling move or a dramatic comeback.

With the Olympics taking place under strict coronavirus measures and without spectators, the daily boxing bouts lack the electrifying atmosphere of sumo tournaments - the referees aren't elaborately dressed and no one throws salt into the air as a purifying ritual.

Sumo doesn't have weight classes, even though the biggest wrestlers can weigh 150 kg or more. And unlike boxing, sumo doesn't allow women to enter the ring - tradition says their presence would defile the sacred space.

Like boxing, the Japanese sport has been troubled by scandal. In 2011 sumo was rocked by allegations of match-fixing that some called the "darkest chapter" in its history.

Still, Tokyo organisers have clearly taken pains to infuse a little of sumo's pageantry into the Olympic boxing.

Both the morning and evening boxing sessions started with traditional drumming - similar to the drumming that dramatically caps the end of the day's tournament.

Officials also used traditional wooden clapping blocks, often used to punctuate the entrance of top wrestlers, to warn rounds were coming to an end, although the usual bell was still used to signal the official end of the round.

For boxers, though, their singular focus was on Olympic gold, and not the stadium.

"I'm not really familiar with sumo wrestling," said American featherweight Duke Ragan after he beat Ghana's Samuel Takyi on Tuesday to advance to the men's finals.

"I'm just fighting in the Olympics."